I went out late this afternoon to explore this wonderful city and to see what I could find.

My first stop was the Place Hôtel de Ville. When I emerged from the Métro, light snow was falling. It wasn’t a huge amount, but enough to ensure that this was a ‘white’ Christmas Eve.

The carousel, a permanent fixture, was doing good business. 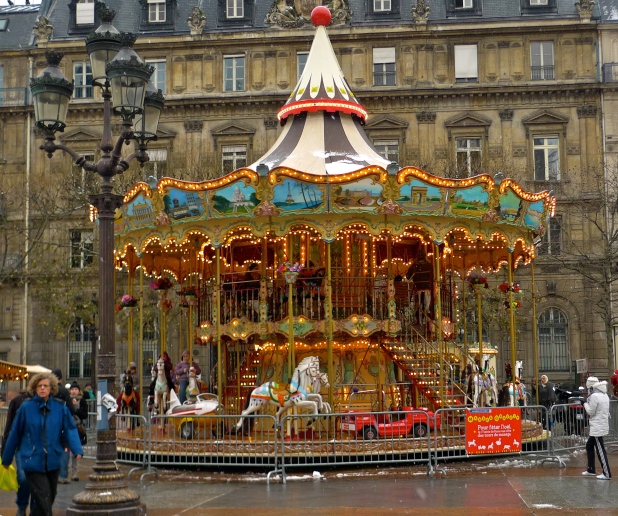 And, as always at Christmas, in the shadow of the Hôtel de Ville, was the patinoire, the outdoor skating rink, which is always well attended. People of all ages come to the patinoire and all of them much braver than me! 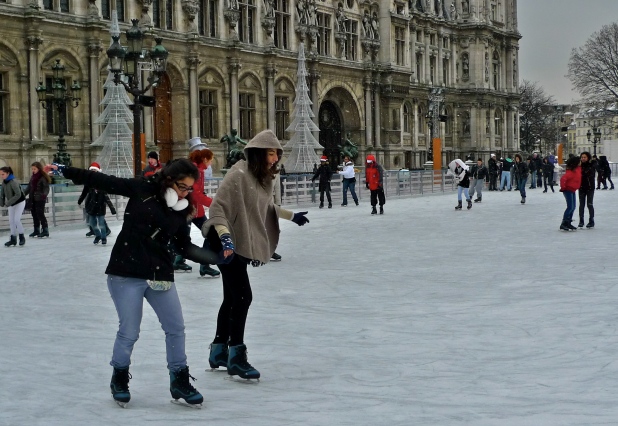 I left the Hôtel de Ville and walked across to the Cathedral of Notre Dame where people were going inside without having to wait in the long lines that seem to be quite normal for most of the year. It will be a different story late this evening of course when they will be queuing up to get into the Midnight Mass.

I walked on to the Square Viviani which was covered in snow. The green benches that I have so often sat on in late summer evenings looking at the Church of Saint-Julien-Le-Pauvre, were today covered in snow. 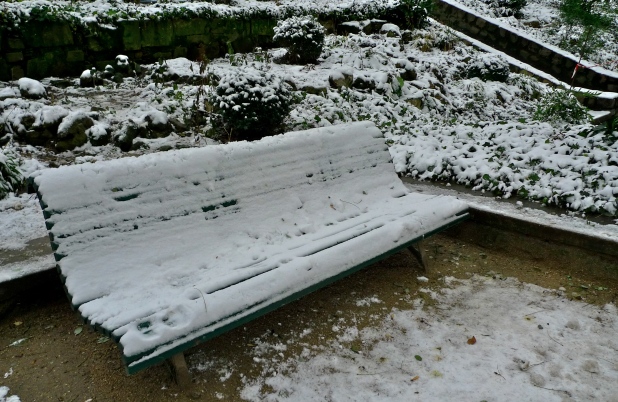 It was all very pretty, especially the view across the square and La Seine towards the Cathedral of Notre Dame.

Inevitably, from there I just had to call into the world’s greatest bookshop, Shakespeare & Co, where I bought Gertrude Stein’s memoire of Picasso which I’m sure will make a good Christmas read. Look out for it; I shall put it up on the ‘Books’ section of this blog in due course. 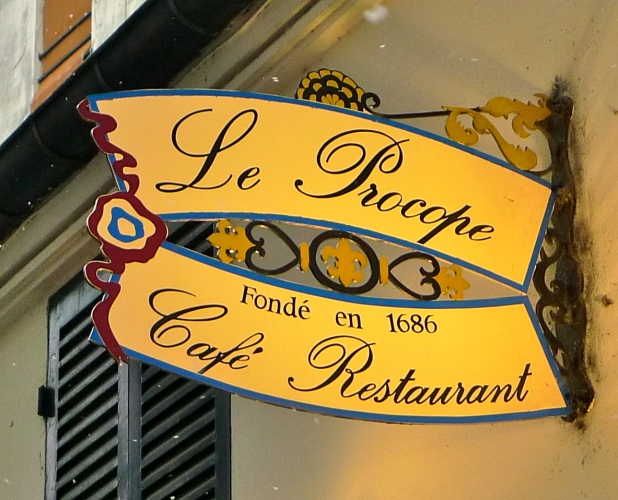 This coffee house has been here since 1686. All the 18th century philosophes were regulars in the Café Procope – Voltaire, Rousseau, Beaumarchais and many others. The French revolution brought another swath of visitors including Danton, Marat, Camille Desmoulins and numerous members of the sans-culotte. In later years the Café Procope played host to George Sand, Gautier, Balzac and Victor Hugo.

It was a great joy for me, on this Christmas Eve 2010, to drink coffee in the footsteps of these great 18th century philosophes. A highlight indeed!

After that delight, I retraced my steps – a quick stop for dinner in La Braserade in the Rue de la Huchette and then the Métro and home.

Thus was my Christmas Eve.

I leave you with this Christmas gift to all of you who have followed this blog throughout the year and have offered me so much support.

More from the singers in Saint-Séverin …

I wish you all a very Happy Christmas.