The Marché aux Puces and a Nagra III

THIS POST IS DEDICATED especially to those interested in the technical aspects of sound recording and sound recording paraphernalia.  Not everyone’s cup of tea I know so, for those of you who regularly follow this blog for the Parisian street sounds, I have included something for you too.

Yesterday, I went to the Marché aux Pouces at Porte de Clignancourt – the flea market to beat all flea markets.  The Marché aux Puces is actually a collection of individual markets centred around the rue des Rosiers area.  I like all the markets there but my favourite is the Marché Dauphine, a large, two-storey, covered market, less ostentatious and less expensive than the Marché Biron but a cut above the outdoor Marché Vernaison both of which are close by. The Marché Dauphine just seems to have more things that interest me – and more things that I can afford! 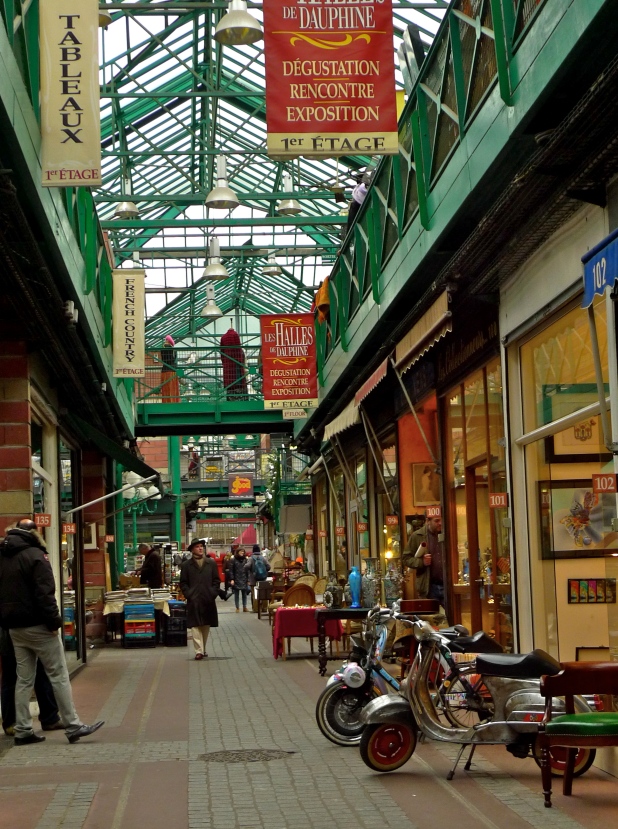 All markets are I suppose a voyage of discovery – you start by looking at one thing and then get sidetracked into looking at something completely different.  And so it was yesterday.  I spent a long time in the wonderful section on the first floor dedicated to old prints and photographs which was indeed a voyage of discovery.  I could have happily stayed in there all afternoon – but I’m pleased I didn’t because my next discovery simply made my day.

At this point, the technophiles will be taking a special interest but for the technophobes here is the sound of the Marché Dauphine:

Quite unexpectedly and much to my delight I came across this Nagra III portable tape recorder complete with power supply and microphone.  I had never actually seen one in the flesh before so, for me, this was an exciting moment.  It had a price tag of 1500 Euros and if I were wealthier than I am I would have bought it in an instant simply for the pleasure of owning it.  But alas … 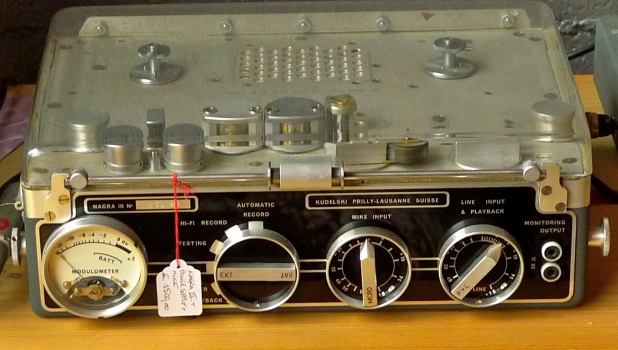 It’s hard now to remember just what a groundbreaking tape recorder this was in its day.  It was the first Nagra tape recorder suitable for use with film and consequently it took Hollywood by storm.

Stefan Kudelski, who founded the Nagra company, had examined several systems for synchronizing the film camera with the tape recorder.  One such system worked from a signal generated by the tape recorder which then slaved a rotary converter feeding a synchronous motor on the camera.  This method had disadvantages and it was very wasteful of power.  At that time, power transistors were not sufficiently developed to allow the elimination of the rotary converter so the method he finally adopted was the reverse of this recorder to camera method.  In the new method, the camera generated a signal which was recorded on the same tape as the sound, thereby reducing the power consumption enormously.  From 1956, Kudelski researched into the possibility of a self-contained tape recorder without a centrifugal speed governor, this latter causing endless trouble with the clockwork drive. This resulted in the Nagra III, which was launched in 1958.

The feature that gave Nagra the edge in quality and film use was Kudelski’s development of the Neo-Pilottone system, where the synchronisation data could be recorded on the tape in the middle of the audio track, but without crosstalk onto the program recording.

The frequency of the pilot signal was 50/60 Hz and was often derived from the mains. The signal was recorded as a twin track signal 180° out of phase so as to be invisible to the full track playback head.  The start point was indicated by the clap of the film clapperboard and the synchronization to the magnetic film was maintained using the pilot signal throughout the take.

Neopilot, as it became known, was the standard synchronization system used in filmmaking until the late 1980s, when timecode became the preferred standard.

So there we are, the Nagra III, an icon of its day – living history in the Marché aux Puces at Porte de Clignancourt.  And alas, there it remains – at least for the moment!  I hope it gives others as much pleasure as it gave me yesterday afternoon.