AT THE END OF AUGUST I made a blog piece about La Fête de Ganesh, the annual festival to celebrate Genesha, the Hindu deity of wisdom, propriety and good fortune. In July, I made a piece about the Passage Brady with its exotic smells and the atmosphere of an Indian bazaar. So yesterday, when I found myself in ‘Little Jaffna’ in the Rue du Faubourg Saint-Denis in the 10th arrondissement, I couldn’t help feeling that, unwittingly, a theme was developing.

Stretching from the Boulevard de Bonne-Nouvelle to the Boulevard de la Chapelle, the Rue du Faubourg Saint-Denis is a mélange of Turkish, African, and Indian communities. Yesterday, it was the stretch from the Metro station, La Chapelle, to the railway station, Gare du Nord that particularly interested me and it was along here that I did a Soundwalk. 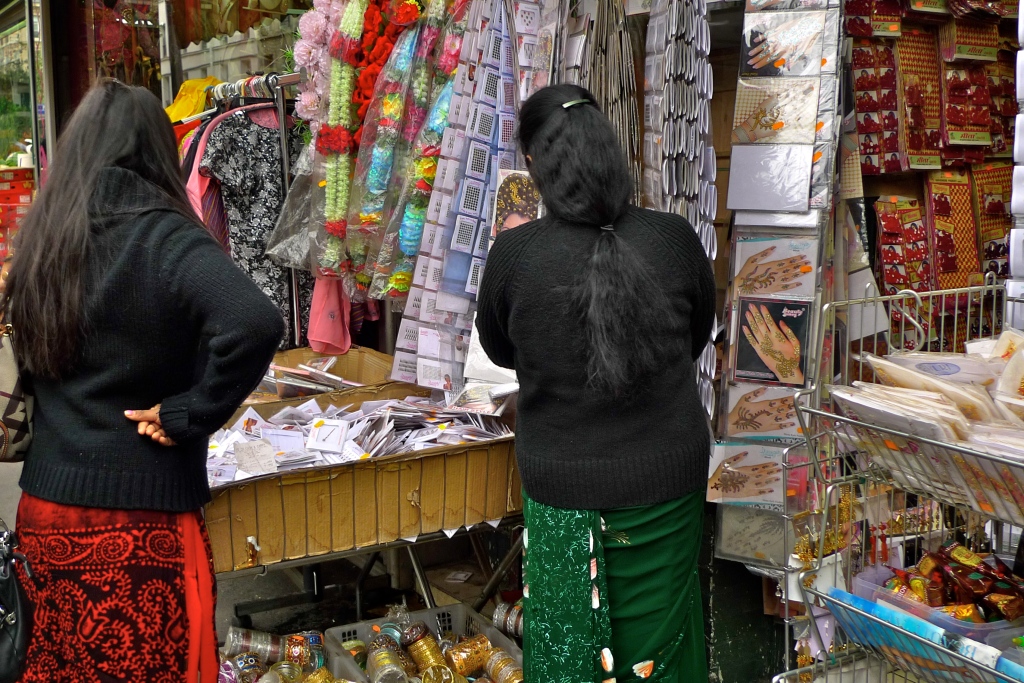 A Soundwalk in ‘Little Jaffna’:

This part of the Rue du Faubourg Saint-Denis is quite distinctive.  It would be easy to call it, “Little India”, but that would be an over-generalisation, even though one of the shops bears that name. The fact is, that what we often refer to as the Indian community here comprises a far wider diversity than just “Indian”. 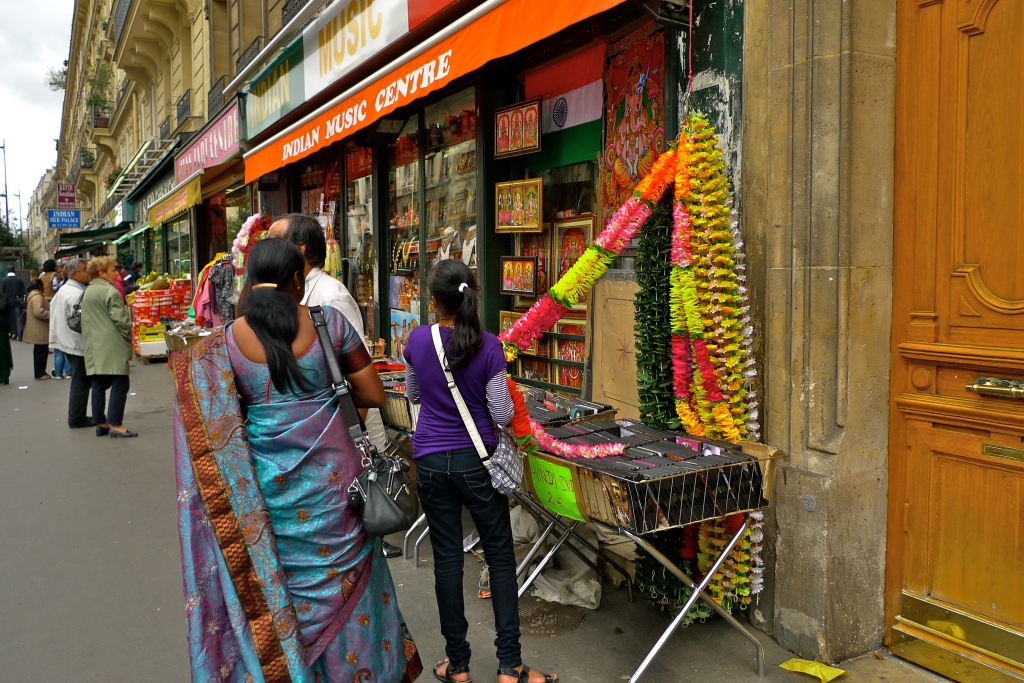 Of the immigrants originating from the Indian sub-continent who have settled in Paris, only a minority are natives of India proper. Bangladeshis, Pakistanis, Punjabis, and Sri-Lankan Tamils form culturally and socially distinct groups in Paris. Something I didn’t know until recently, is that the largest these communities is the Tamil.

Most of the Parisian Tamils fled Sri-Lanka as refugees in the 1980’s during the violent civil war. Over time, they have thrived in a close-knit community in this part of the Rue du Faubourg Saint-Denis. The soubriquet, “Little Jaffna”, comes from the name Jaffna, the capital of the Northern Province of Sri Lanka, the area from which most of these people are descended.

Passing through the entrance to the Metro station, crossing the road and walking towards the Gare du Nord, I leave Africa behind and enter into the world of the Indian sub-continent with all its colour, exotic smells and sounds.

A greengrocer is selling exotic fruit and vegetables outside his shop whilst inside, the checkouts are working at a frantic pace. 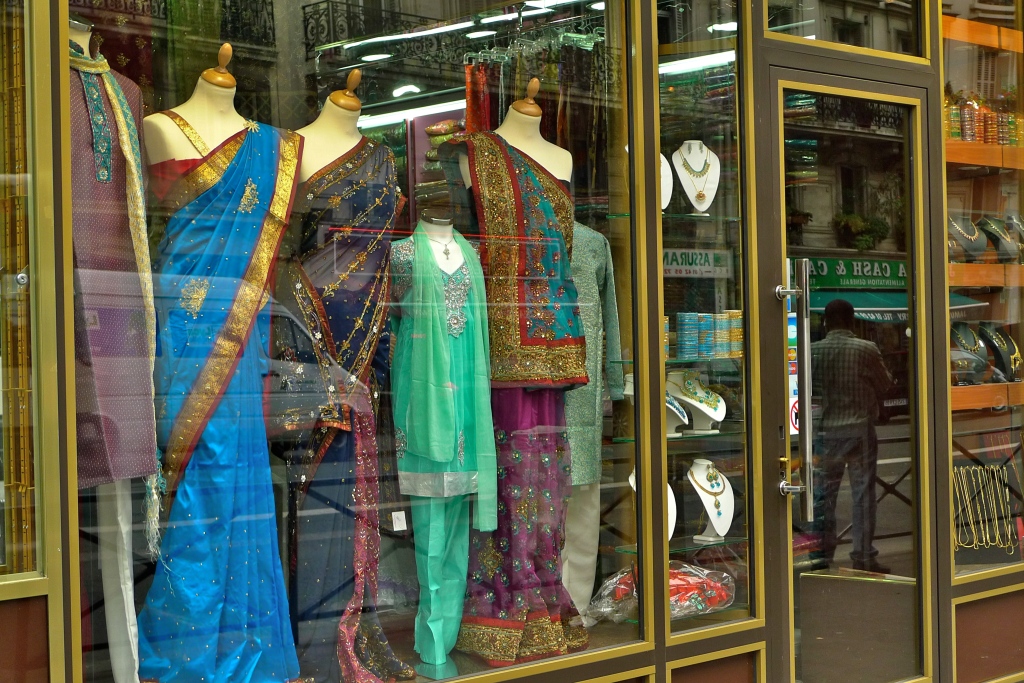 This is so much more than a place to shop; this is a place to see and be seen, a place to meet friends, neighbours and family, a place savour and to enjoy. This is “Little Jaffna” and these are its sounds.