THE PASSAGE DES PANORAMAS was opened in 1799, which makes it the oldest of the passages couverts in Paris. It takes its name from the two round towers that once stood outside in the Boulevard Montmartre. Each tower contained giant circular frescos, or Panoramas, which were very popular at the time.

The passage was built on the site of the former Hôtel Montmorency in the prestigious 2nd Arrondissement. The site became even more prestigious when the Théâtre des Variétés was built next door in 1807. In 1865, Jacques Offenbach’s La Belle Hélène premiered here. The theatre is now listed as an historical monument and it’s been fully restored to its original décor.  The artist’s entrance to the theatre opens directly onto the Passage des Panoramas.

The passage comprises sixty one-story houses with boutiques on the ground floor.  It was here in 1817 that the first tests of gas lighting took place. 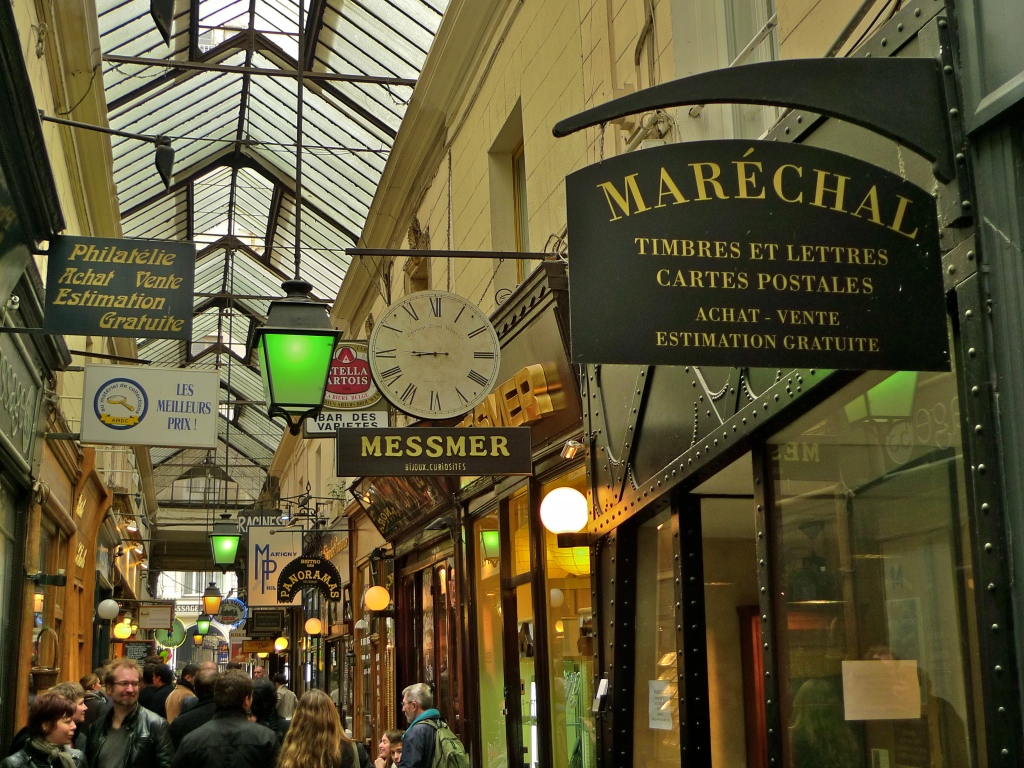 Inside the Passage des Panoramas – Everything You Need to Know:

In 1831, the rotundas were demolished. In 1834 the passage was renovated and the architect Jean-Louis Grisart created the additional galleries, Saint-Marc, Variétés, Feydeau and Montmartre.

Today, the Passage des Panoramas has retained much of its authenticity. L’Arbe à Cannelle, today a restaurant, retains the decorated ceiling, columns and mirrors from the original chocolatier Marquis.

In 1849, the renowned graveur (printer and engraver) Maison Stern rented premises in the Passage des Panoramas. These premises are now listed as an historical monument but alas Maison Stern left some time ago. 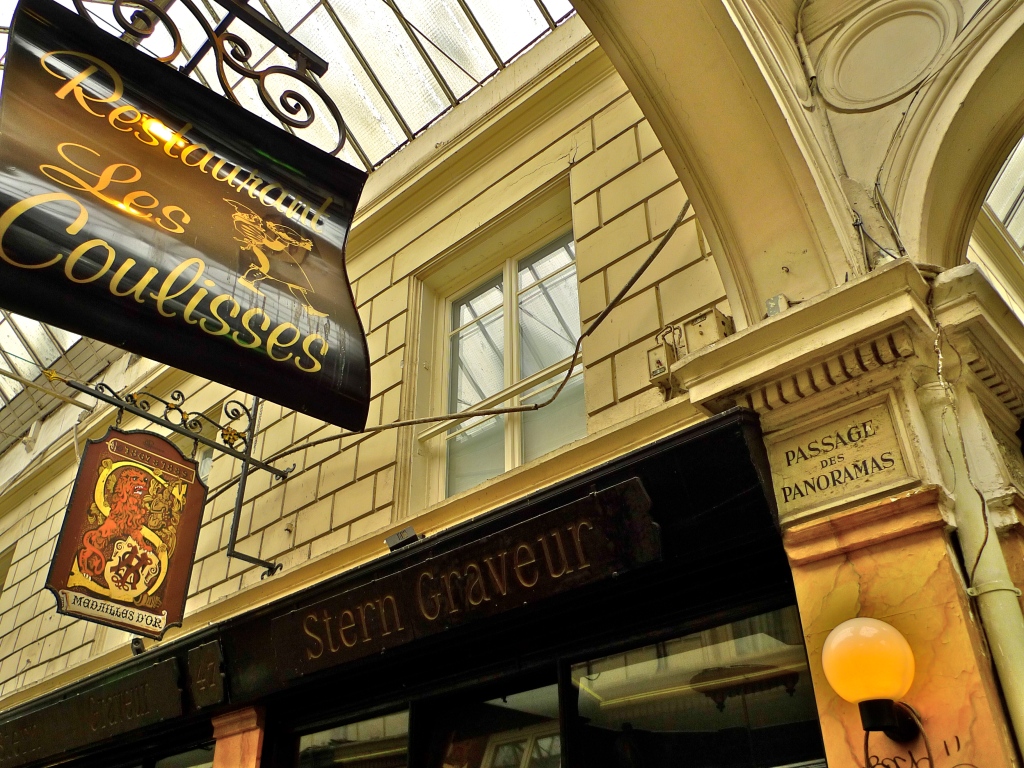 Today the passage is renowned for its postcard and philately boutiques.

There’s even an autograph shop.

Like all the passage couverts in Paris, the Passage des Panoramas enjoyed huge early success but as competition appeared decline set in.  Today, the passage retains its former nineteenth-century ambience and it seems to be as busy as ever.