‘Bonding’ in the Bois de Boulogne

SITUATED AT THE WESTERN edge of Paris, the Bois de Boulogne is the second largest public park in the city covering some 2,090 acres, which makes it two and a half times bigger than Central Park in New York and about the same size as Richmond Park in London.

Amongst other things, the Bois de Boulogne is home to the Hippodrome de Longchamp where each year, on the first Sunday in October, one of Europe’s most prestigious horse races, the Prix de l’Arc de Triomphe takes place. It’s also home to the Stade Roland Garros, the stadium where the French Open tennis tournament is held each year.

World-class horse racing and tennis are not the only sports played in the Bois de Boulogne.  At weekends especially, ad hoc games of football, rugby and even the occasional game of cricket can be found taking place here. Few games though can be as curious as the one I stumbled across recently. 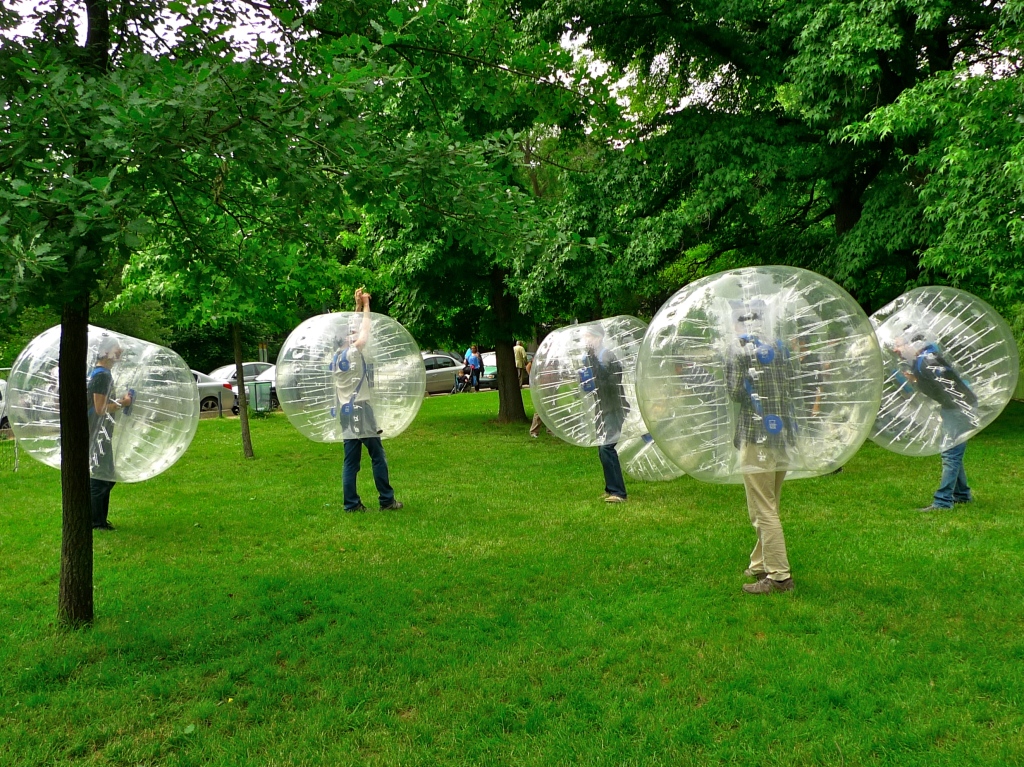 On a stroll through the park late one afternoon last week I came upon a game of football – but football with a difference. Young men and women encased in plastic bubbles trying to kick a football seemed to me a bizarre way to spend an afternoon.

‘Bonding’ in the Bois de Boulogne:

It soon became clear though that this was more than simply a curious game of football. This was an idea dreamt up by some overpaid management consultancy where they take perfectly normal employees in a perfectly normal company and encourage them to make complete fools of themselves in the interests of team-building or ‘bonding’ – a ghastly phrase only a management consultant could come up with!

I learnt that this was only one of several activities that these people were put through throughout the day – each one becoming more bizarre as the day went on. 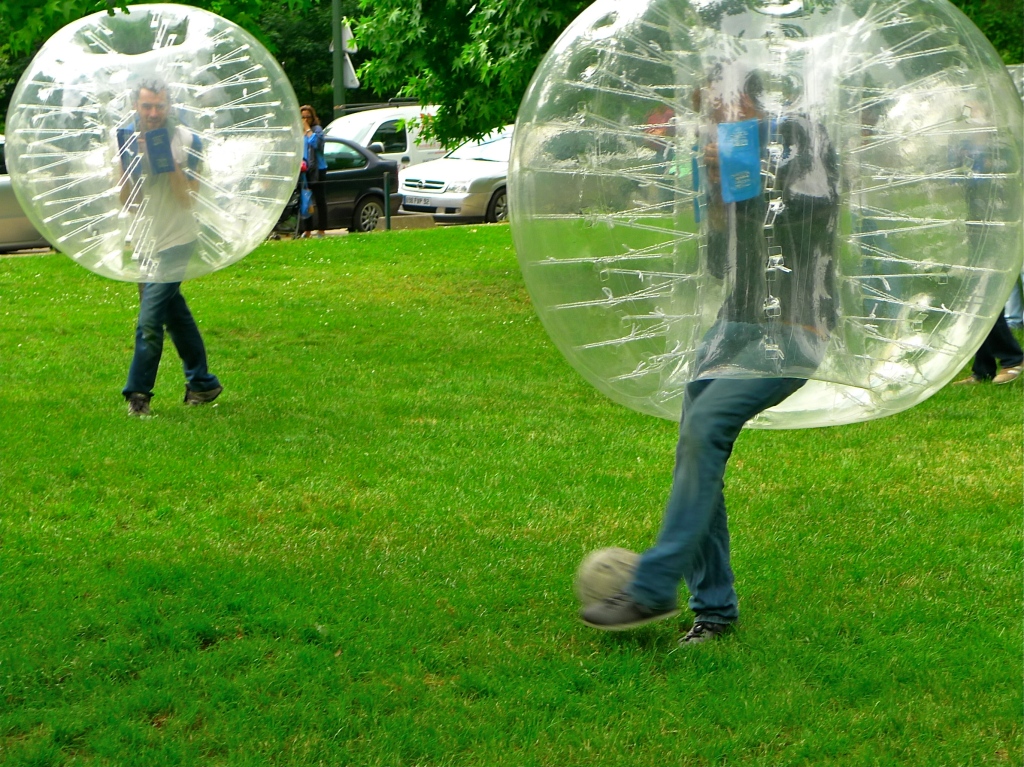 Throughout each activity, each individual was being watched and scored against a range of criteria no doubt also dreamt up the management consultants. All seemed to be having fun but I couldn’t help wondering if that was genuine, or simply an act to impress the scorers. 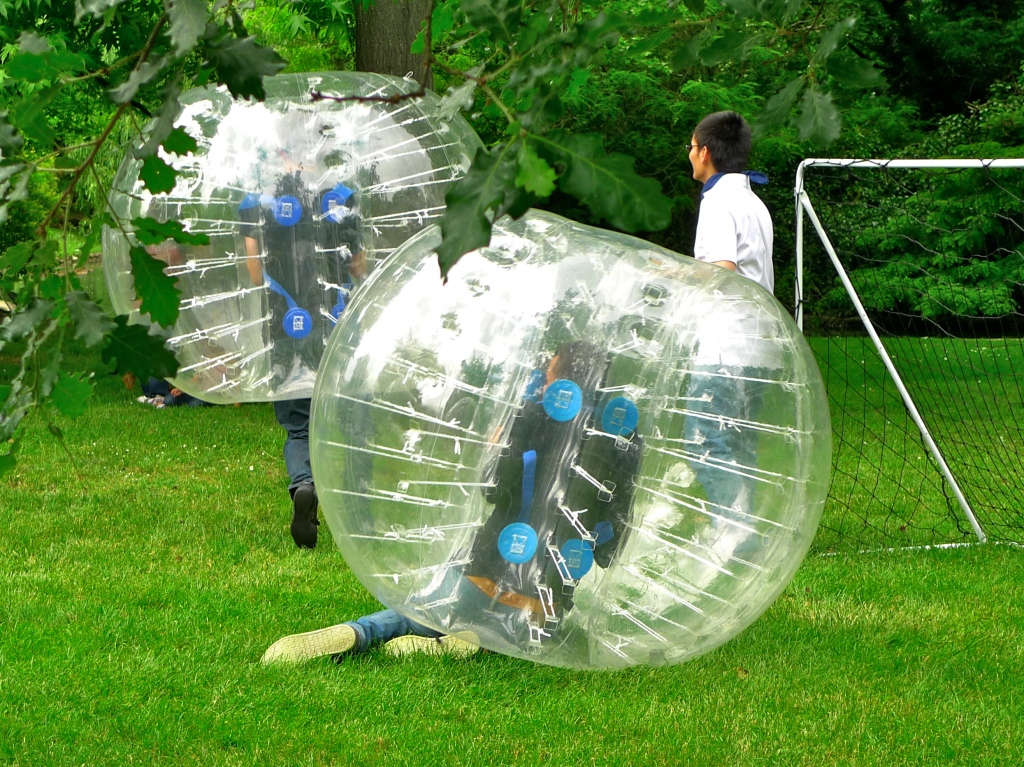