The Hôpital Necker – Enfants Malades and its Sounds

SUZANNE CURCHOD (1737 – 1794) was a French-Swiss woman of letters and hostess of one of the most celebrated salons of the Ancien Régime. She was also the wife of Jacques Necker, Controller-General of Finances under Louis XVI.

After her husband’s fall from power in 1790, the Neckers left Paris and returned to Switzerland. Suzanne died in 1794 but not before she had founded a hospital in Paris that still bears her name, the Hôpital Necker. 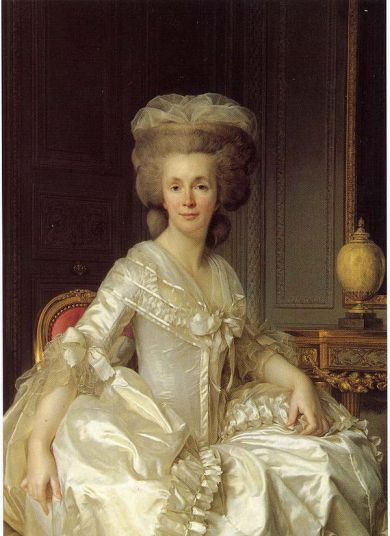 The Hôpital des Enfants Malades (hospital for sick children) was created by the Conseil général des Hospices in January 1801 on the site of a former hospice for abandoned children, the Maison Royale de l’Enfant Jesus. The newly formed hospital, believed to be the oldest children’s hospital in the world, opened in June 1802 catering for 149 boys and 92 girls aged from 2 to 14 years old housed in separate wings, each containing 30 to 40 beds. 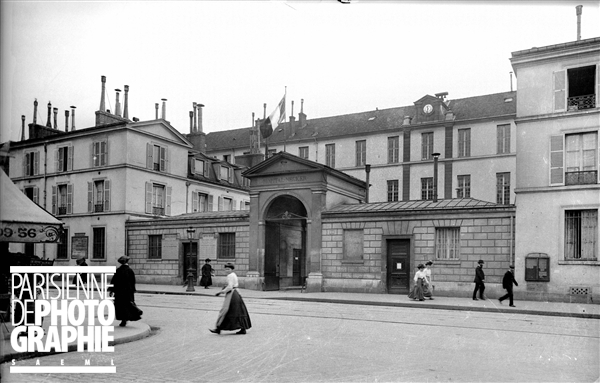 The hospital has 400 beds for children and 200 beds for adults. It is one of the world’s leading institutions for paediatric medicine and surgery and it’s a referral centre for some rare diseases and particularly complex conditions.

Over the years, many eminent physicians and surgeons have worked at the hospital but perhaps none more eminent than the French physician, René-Théophile-Hyacinthe Laennec  (1781 – 1826). In 1816, while working at the hospital, Laennec invented the stethoscope and pioneered its use in diagnosing various chest conditions. 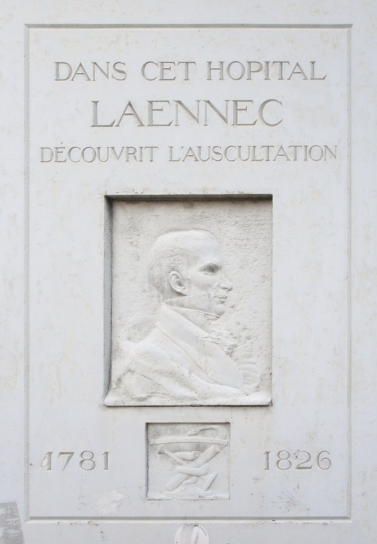 As well as having a plaque to mark his invention, Laennec has more recently been distinguished by having the new Pôle Mère-Enfant Laennec named after him. This 54,000 M2 facility was opened on 10th July 2013 by François Hollande, Président de la République.

At a total cost of 215.4 million Euros, the Pôle Mère-Enfant Laennec caters for paediatric surgery, infant resuscitation, accident and emergency, paediatric imaging, cardiology, nephrology, gastroenterology, maternity and neonatology. It has been designed to centralise these paediatric specialities so as increase the efficiency of clinical care and to reduce the time required to get that care to patients. Special emphasis has also been put on the comfort of the patients and the parents with individual rooms designed on a parent-child-carer model.

On my visit to the Hôpital Necker – Enfants Malades I went into the reception area of the Pôle Mère-Enfant Laennec to record some of the atmosphere.

Inside the Pôle Mère-Enfant Laennec:

The reception area is spacious and well-lit with a cafeteria and bookstall, a gift shop, a reading room full of children’s books, a large children’s play area and a quiet room for mothers and children. Entry into the unit is via huge automatic glass doors that open and close with a gentle swish as people pass through. You can hear these swishing sounds in my recording. These sounds must surely be one of the defining sounds of this place although I suspect that those who come here with much more pressing things on their mind will scarcely be aware of them. 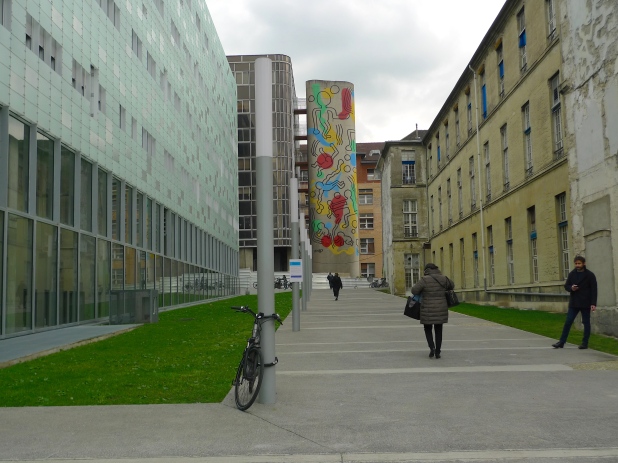