The Changing Soundscape of the Gare du Nord

THE GARE DU NORD railway station in Paris is on the cusp of great change. Over the next few years the physical architecture of this station will be transformed and consequently, so will its sonic architecture.

For many years I have been recording and archiving the sounds of the Gare du Nord. My particular interest lies in investigating how sounds can define, or help to define, a place and how the soundscape of a particular place changes over time. The Gare du Nord is a valuable case study in both these areas.

The first Gare du Nord station was built in 1846 but an increase in traffic meant that a new, bigger station was soon required.

Rebuilding took place under the direction of the German-born French architect Jacques Ignace Hittorff with the new station combining the advanced structural use of new materials, notably cast iron, with conservative Beaux-Arts classicism. Hittorff’s Gare du Nord was completed in 1864.

Significant changes to the station were made in 1981 to accommodate RER Line B and then in 1993 to accommodate the TGV and the Eurostar. The last major change was 2001 with a major expansion of the departures hall.

And now the Gare du Nord is about to undergo further change.

Subject to negotiations due to be concluded by the end of this year, SNCF Gares & Connections and the global real estate company Ceetrus will set up a joint venture to carry out a transformation of the Gare du Nord. Ceetrus, in association with architect Denis Valode (Valode and Pistre architects), will lead a transformation as big as that led by the Hittorff in 1864. The transformation is due to be completed in time for the Paris Olympic Games in 2024.

The transformation will see the station triple in size from 36,000m2 to 110,000 m2. With 700,000 passengers using the station each day, excluding those who use the associated Métro station, the Gare du Nord is already the busiest railway station in Europe. Following the transformation the daily passenger numbers are expected to increase to 800,000 in 2024 and 900,000 in 2030.

The transformation will include a new departure terminal in which the flow of arrivals and departures from the station will be distinct thus improving fluidity and comfort for travellers. A new station facade is proposed on rue du faubourg Saint-Denis with direct access to the departure terminal.

The Eurostar terminal will be expanded to meet the challenge of strengthened customs controls linked to Brexit.

Access to the three metro lines will be improved. The bus station with its 12 bus lines and 7 Noctilian services will be connected directly with the departure terminal, and 1,200 bicycle parking spaces will be available with direct access from the square in front of the station.

Traffic circulation around the station will be redesigned to take account of the redesigned access to the station and also the expected development of new electric mobility solutions.

The transformed station will also include a 2,000 m2 ‘European Academy of Culture’, a concept devised by the writer Olivier Guez, including a 1,600 m2 space to host events and concerts.

There will be 5,500 m2 of co-working space, a nursery, new restaurants and a one-kilometre running track on the station roof.

The transformation of the Gare du Nord will clearly change the visual landscape of the station but it will also change its sonic landscape. There are six main line railway stations in Paris, five of which sound very similar. The exception is the current Gare du Nord, which has a very distinctive soundscape. The size of the main departures terminal together with Hittorff’s 19th century iron and glass construction and the cacophony of waiting passengers squeezed between the parked trains and the street outside gives the Gare du Nord a very particular sonic ambience.

This is what the Gare du Nord sounded like in 2011.

Although the major transformation project is not due to start until next year, some improvements to the Gare du Nord are already underway. When I went there last week I found men laying a new stone floor in the main departures hall, which gives us a clue as to how the soundscape of the station will change as the major construction work progresses. The sounds of the gasping trains will have to compete with the cacophony of building work for some considerable time to come. 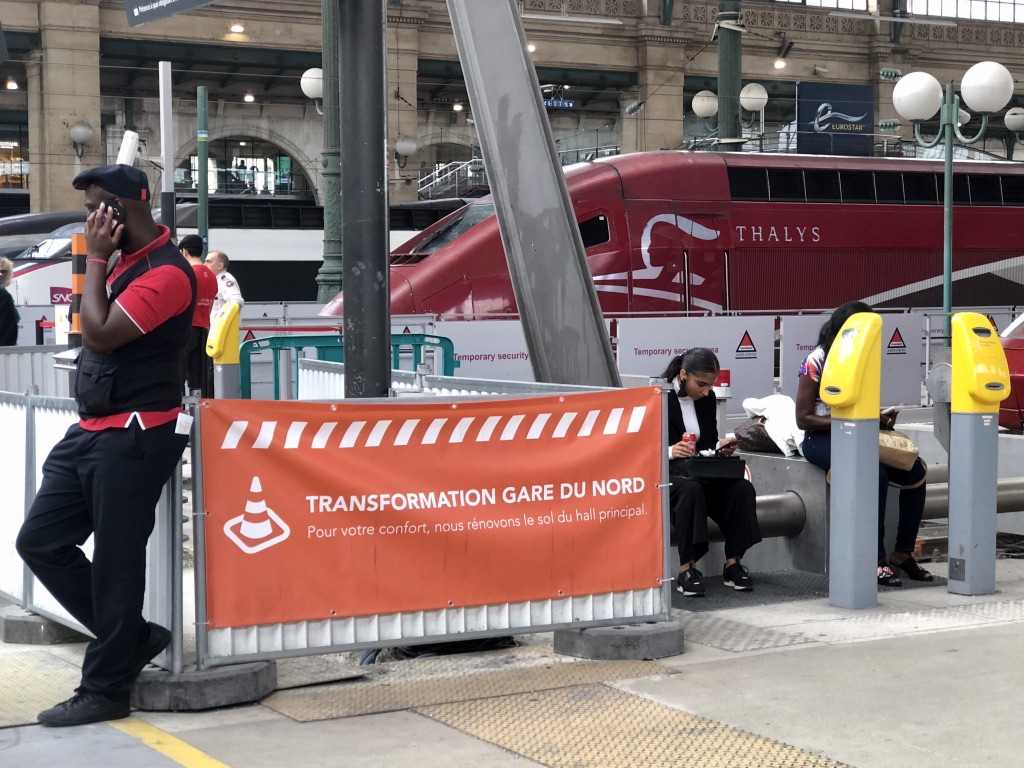 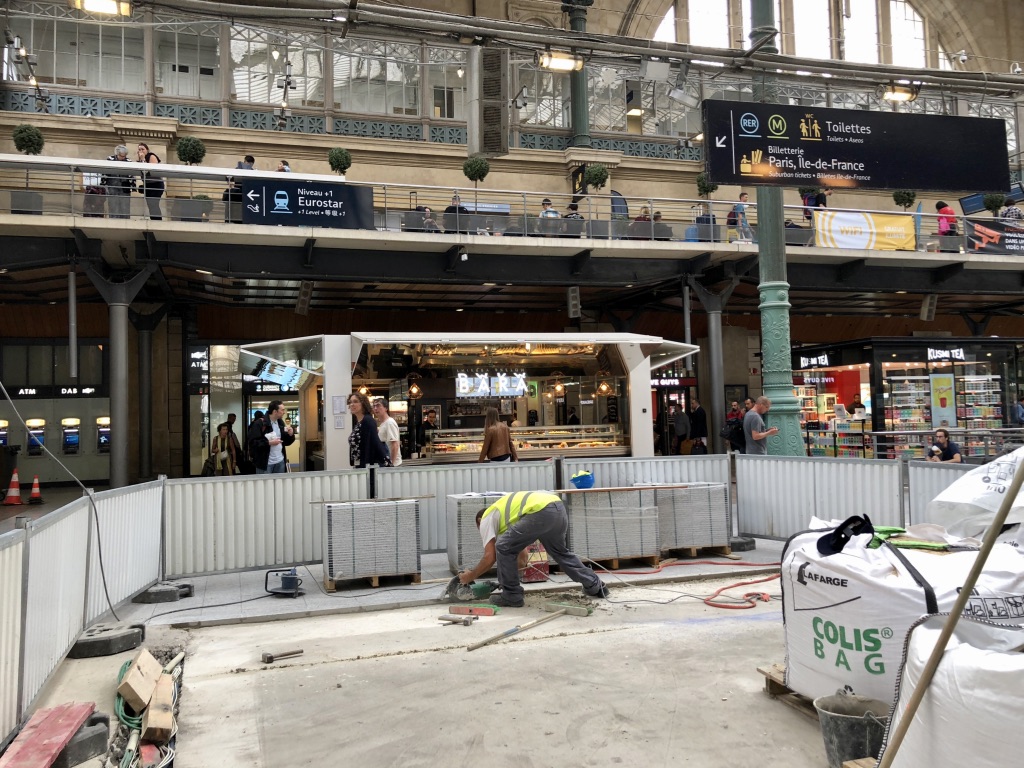 Having recorded the soundscape of the current Gare du Nord many times I shall continue to record and archive the sounds as the station’s transformation takes place. I shall be fascinated to discover the sounds of the new, ultra-modern Gare du Nord when all the work is completed. I will though still go back to my archive from time to time and listen to the sounds of the ‘old’ Gare du Nord; sounds that have been so familiar to me for almost the last twenty years and sounds that are about to disappear. 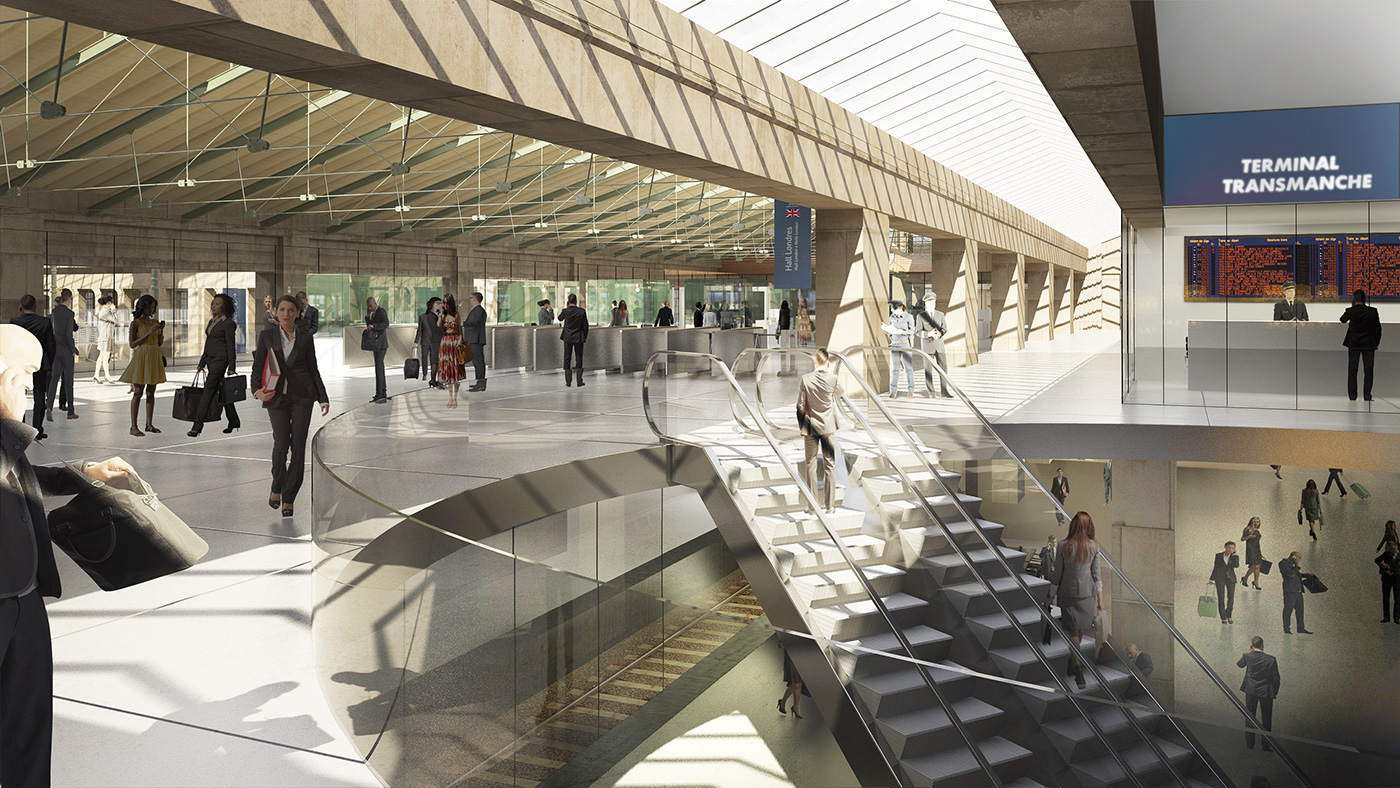