THE MARCHING SEASON continues in Paris. Last Tuesday it was a manifestation Contre la Crise et l’Austérité and on Saturday it was an anti-nuclear demonstration starting from Place de la Bastille.

Timed to coincide with the second anniversary of the disaster at Fukushima in Japan the idea of this manifestation was to form a human chain as a protest to stop both the civil and military use of nuclear power. 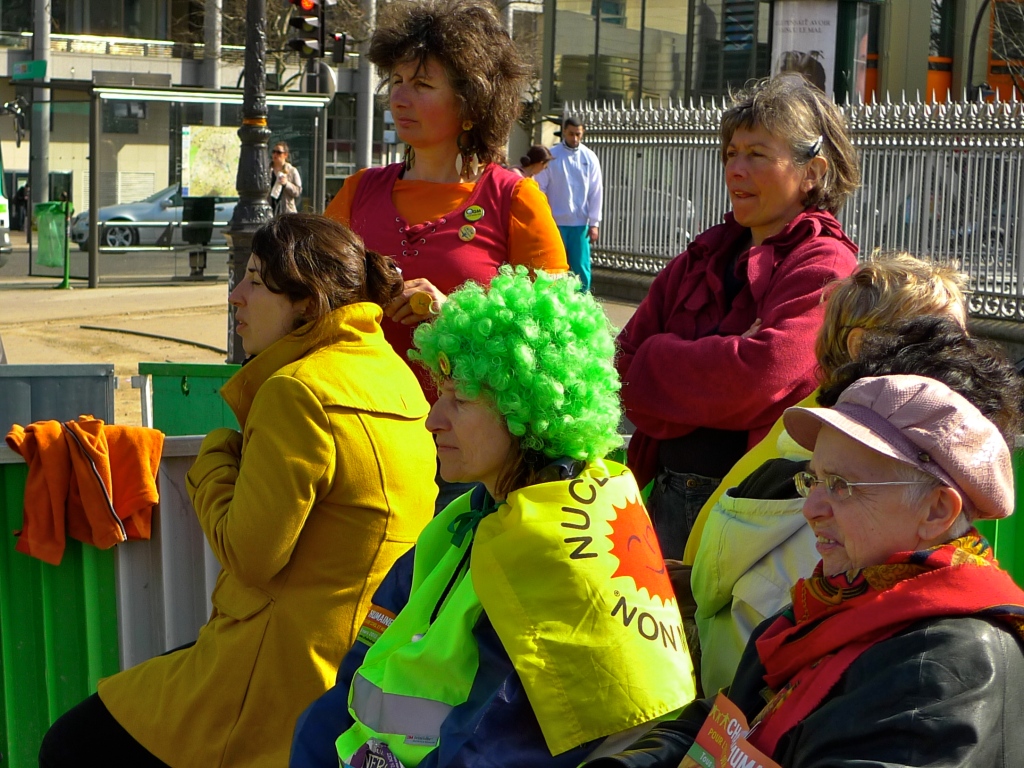 By the standards of most manifestations in Paris the turnout was meagre but what they lacked in numbers they made up for in enthusiasm.

In the Place de la Bastille a stage had been erected which was to be used for a concert in the evening at the end of the manifestation but in the early afternoon it was used for the introductory speeches.

One of the speeches involved the reading of a letter sent from a Japanese journalist in Fukushima.

After the speeches the protest got under way with the demonstrators splitting into two groups, one to the Avenue Henry IV and the other to the rue de Lyon. I followed the rue de Lyon party as they made their human chain and marched to the Gare de Lyon. 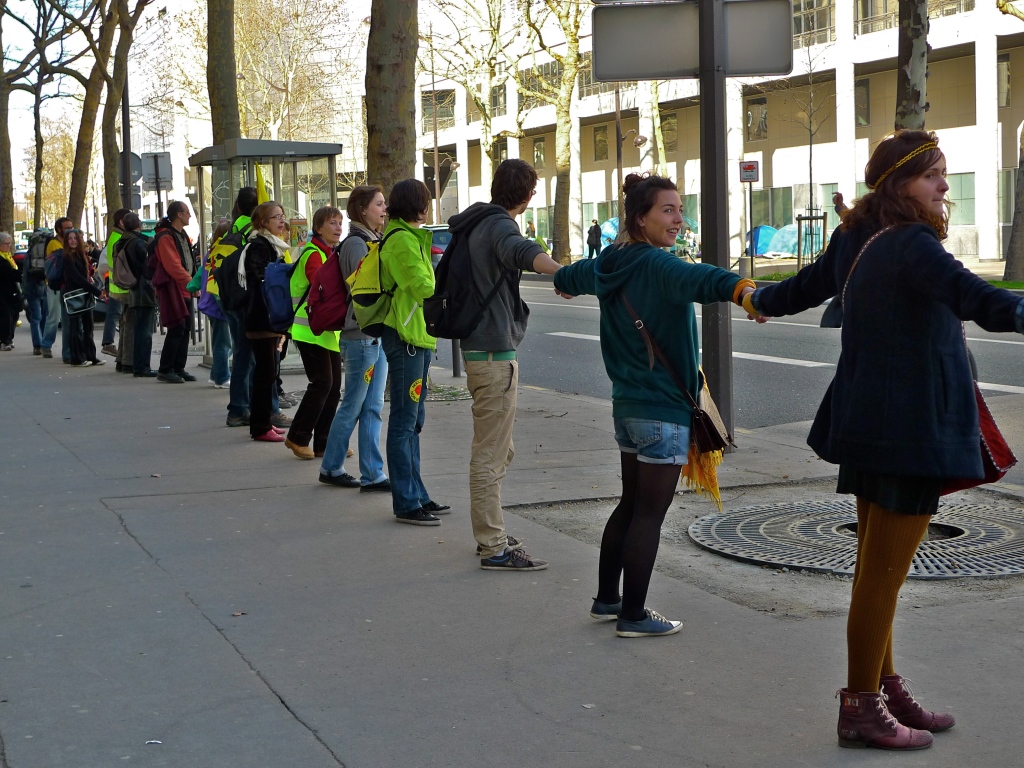 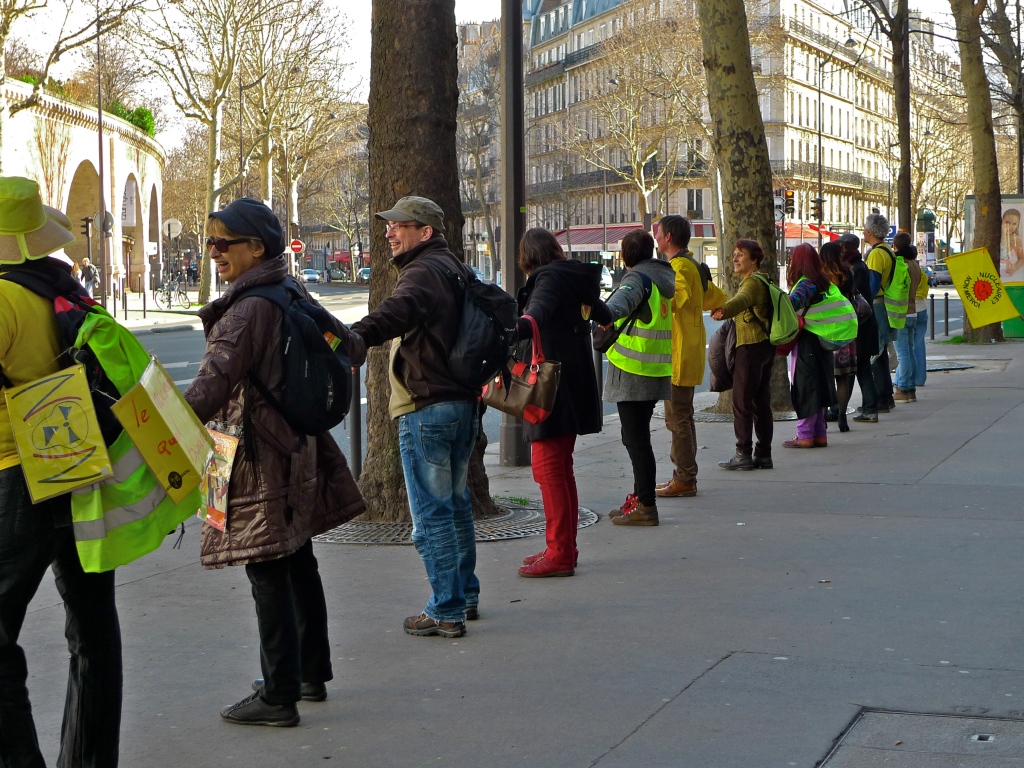 This was certainly not the biggest or most spectacular manifestation that I’ve seen in Paris, and I’ve seen most of them, but it’s always good to see people taking to the streets and standing up for what they believe in.