Musée des Arts Forains – All the Fun of the Fair

THE MUSÉE DES ARTS FORAINS is a fairground museum housed in the former wine warehouses at Cour Saint-Émilion in the 12th arrondissement. 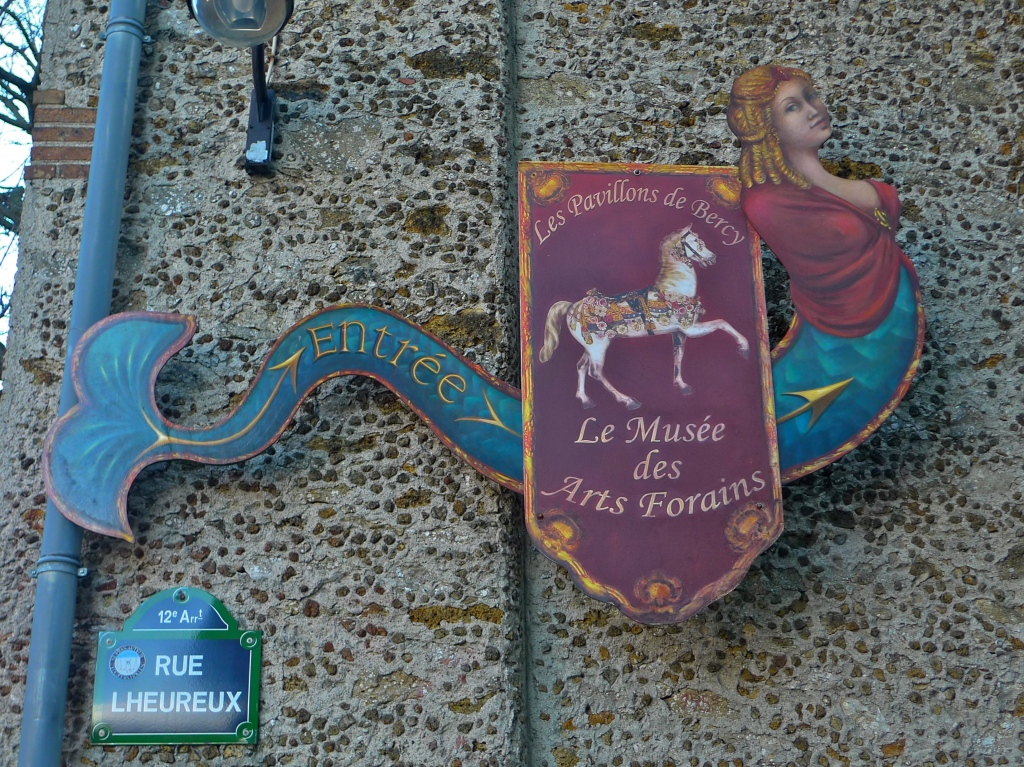 It’s a private museum created by Jean Paul Favand and it contains a fascinating collection of carousels and funfair stalls, all restored and in working order, as well as costumes and historic works from 1850 onwards.

This is a private collection and so it’s usually only possible to visit the museum by appointment only. They cater mainly for group visits and corporate functions but occasionally the museum opens its doors to the general public. One such occasion has been over this Christmas and New Year period so I took advantage of it and paid a visit.

Having paid my €12 entry fee, I was transported into the world of the funfair, a world full of colour, spectacle and entertainment. 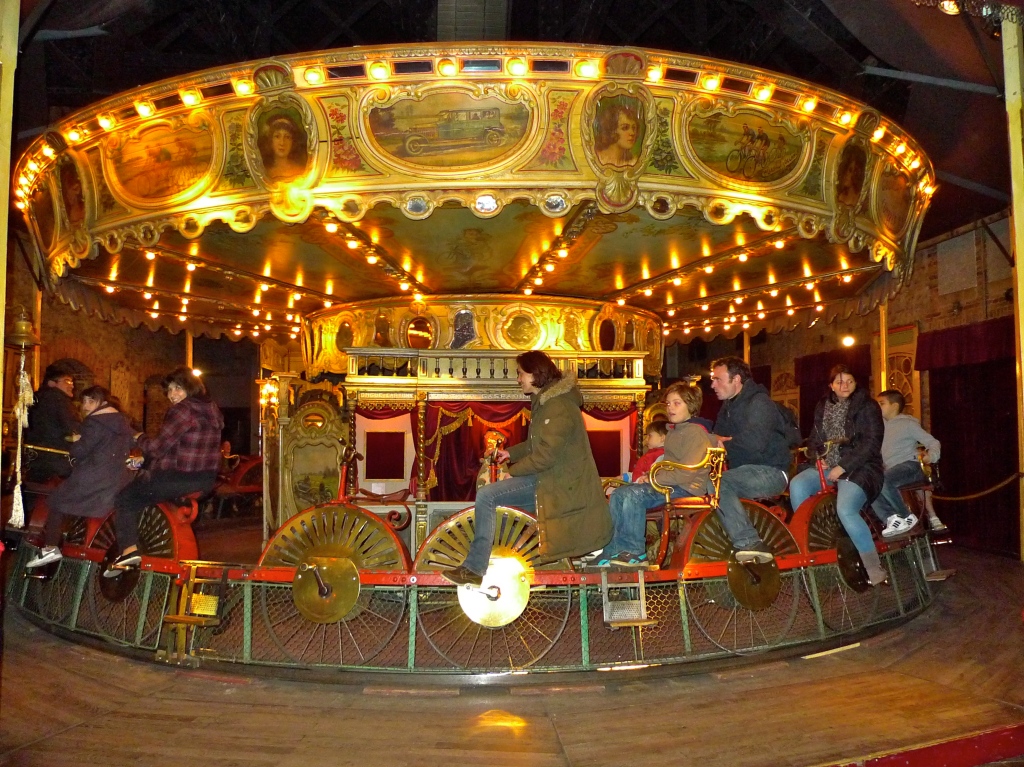 I was captivated by this old cycle carousel and even more captivated by the sounds as the ride got underway and the cycles and their riders trundled round and round. It’s fascinating to think that these are the same sounds that anyone visiting this carousel would have heard over a hundred years ago.

Sounds of the cycle carousel:

The museum comprises themed rooms each with its own take of the world of the funfair. “Les Salons Vénitiens” offers an Italian opera show performed by automatons as well as a gondola carousel.  “Le Théâtre du merveilleux” offers a glimpse of the turn of the century world fairs including a superb sound and light show.  “Le musée des Arts Forains” is a tribute to the 19th century funfair and the Théâtre de Verdure exhibits splendid gardens.

The museum has many historical funfair games that have entertained generations of adults and children alike. My favourite was the Parisian Waiter Race in which each waiter is moved by rolling balls into holes, complete with running commentary.

There are outside exhibits too and, this being an open-house day, it wouldn’t be complete without food … 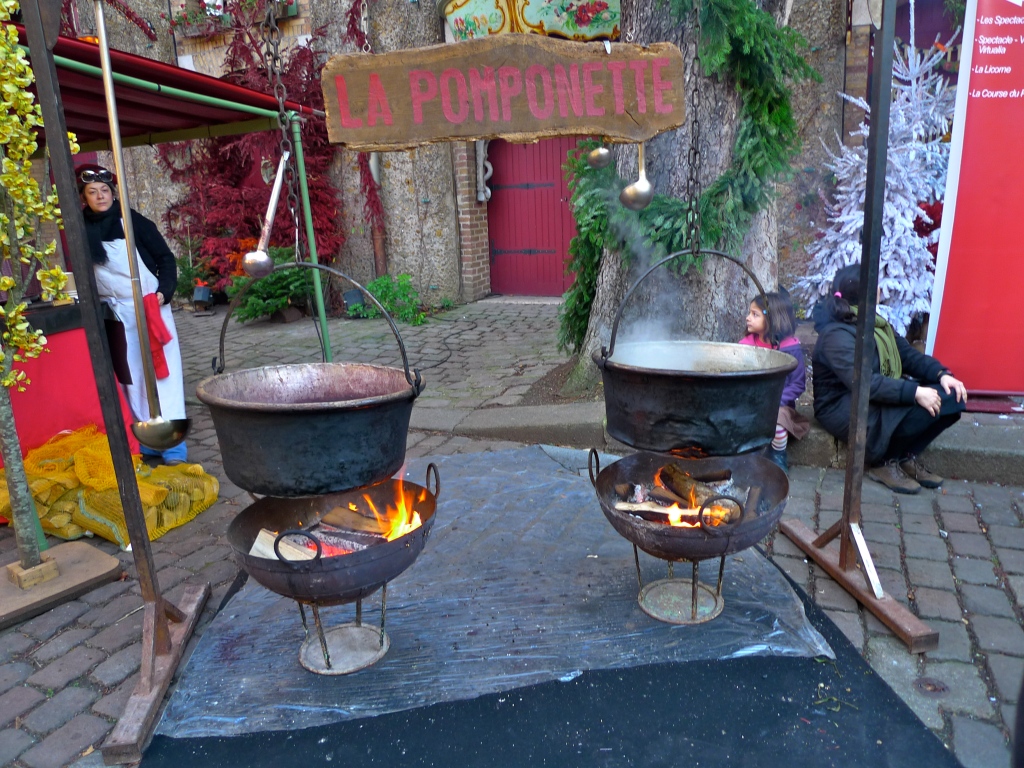 … and, of course, street music. 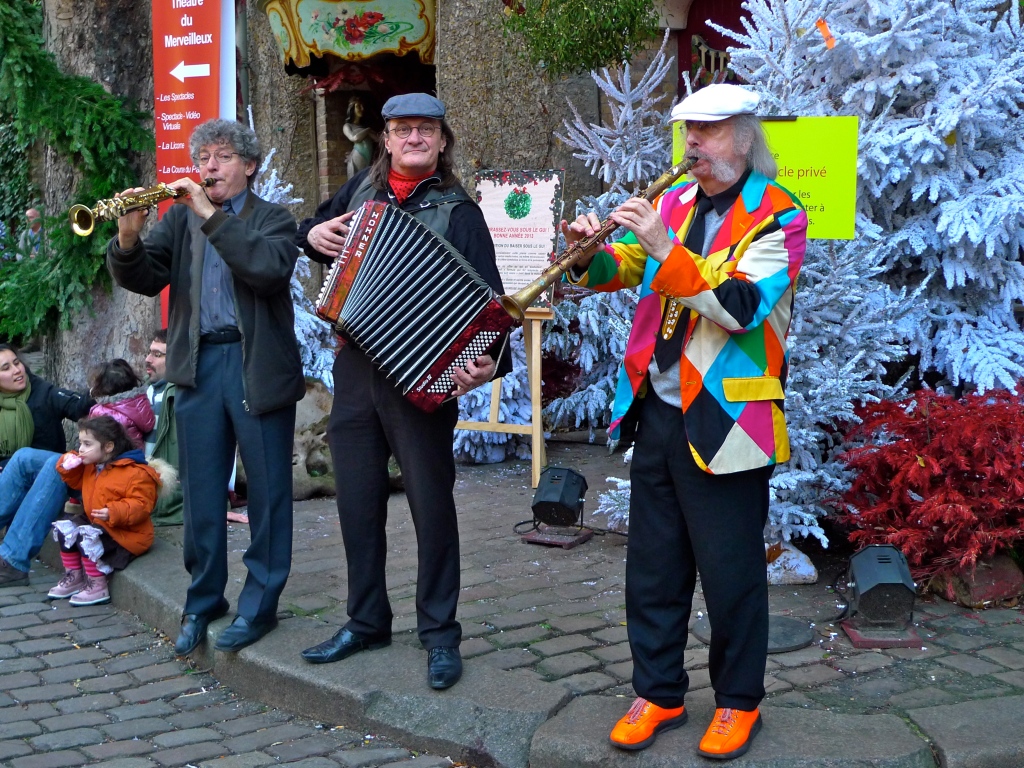 And I couldn’t end without mentioning the fabulous costumes on display, some of which were once to be seen in that other Parisian palace of fun, the Folies-Bergère. 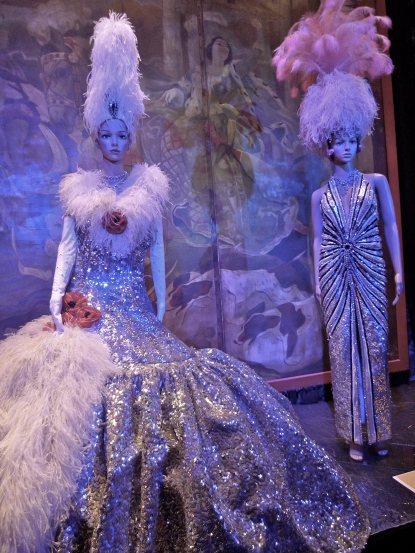 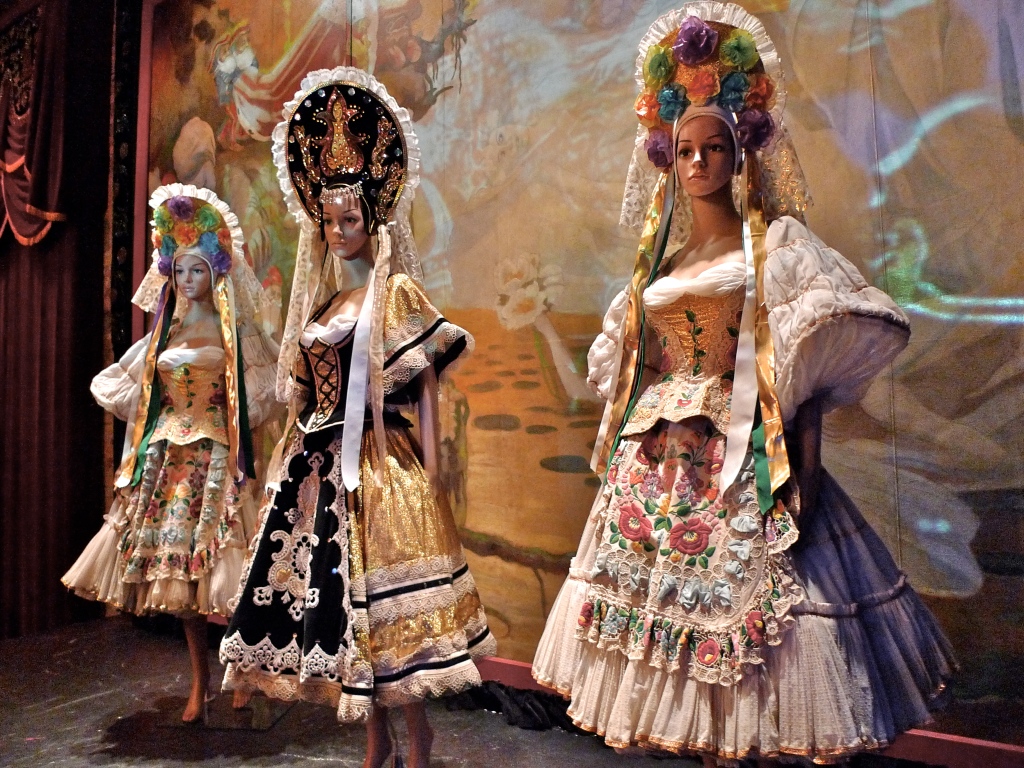 I wish everyone a Happy New Year and, if you’re in Paris, I thoroughly recommend a visit to the Musée des Arts Forains which you can find at: