FOR A FEW HOURS in March 2015 Paris became the most polluted city in the world. Excessive vehicle emissions combined with sunshine, a drop in temperature and an absence of wind to disperse the pollutants caused a stagnant cover of warm air to settle over Paris resulting in a toxic haze that enveloped the city.

In response, the Mayor of Paris, Anne Hidalgo, instigated the first Journée sans Voitures, a car-free day. On 27th September 2015, about a third of the city was designated a traffic-free zone save for taxis, buses and emergency vehicles.

Yesterday, the Journée sans Voitures was repeated, this time covering a wider area with some 400 miles of the city’s streets being designated a traffic-free zone.

As a professional listener to Paris and an archivist of the city’s soundscapes, the prospect of listening to and recording the city’s sounds without the constant wave of traffic was too good to pass up.

Last year I captured the sounds of the Journée sans Voitures from Place Colette close to the Comédie-Française, the Palais-Royal and le Conseil d’État.

This year I decided to go to three places where I’ve recorded many times before, each of which takes on a completely different hue without a blanket of traffic noise.

My first stop was the Jardin des Tuileries.

For years I’ve been trying to record the sound of the wildlife around the Grand Bassin in the Jardin des Tuileries without traffic noise in the background. On Sunday I had my chance.

My second port of call was a garden whose sounds I have never managed to record successfully because of the overpowering sounds of the surrounding traffic.

The Jardin de la Nouvelle France is a small, English style garden situated at the junction of the Avenue Franklin D Roosevelt and the Cours la Reine in the 8th arrondissement.

The garden is named after Nouvelle France, a North American French colony and one-time vice-royalty of the Kingdom of France. With Québec as its capital, the colony existed from 1534 to 1763.

The garden winds down to below street level and at the bottom is a small waterfall and a pond. Without the traffic above, the sound of the waterfall takes centre stage.

From the Jardin de la Nouvelle France it was just a short walk to my final destination, the Champs Elysées which, aside from the upmarket emporia lining both sides is, on a normal day, little more than an eight lane racetrack with mind-bending noise pollution to match.

On Sunday there was no traffic, the Champs Elysées was reserved for pedestrians and cyclists and a much calmer sound tapestry prevailed. 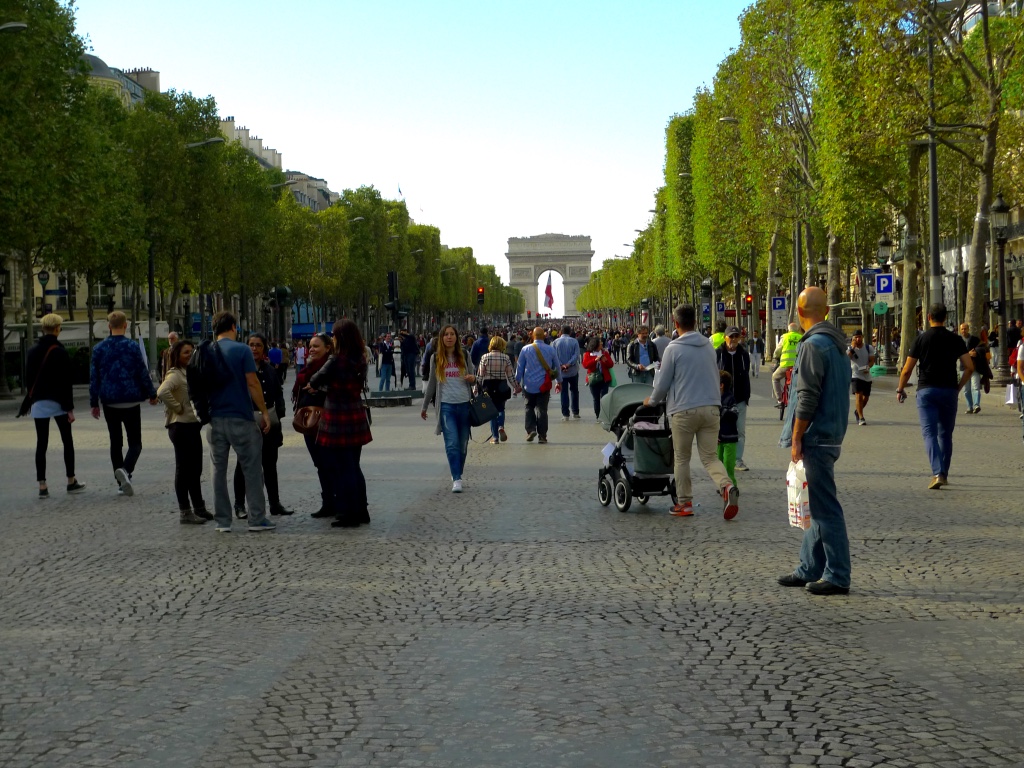 Not only has the Mayor of Paris championed the city’s annual Journée sans Voitures, she has also backed a regular Paris Respire (Paris Breathes) day on the first Sunday of the month, with traffic cleared from the Champs Elysées and a number of surrounding streets.

And today it has been announced that le Conseil de Paris has approved the Mayor’s proposal to permanently close a 3.3 km stretch of la voie Georges-Pompidou on the Right Bank of la Seine to traffic and make it accessible only to pedestrians and cyclists.

The proposal is not universally popular. The Left and the Ecologists on the City Council support the scheme but the Right are opposed to it.

Some argue that the Journée sans Voitures, Paris Respire, removing traffic from part of the banks of the Seine and other schemes to reduce airborne pollution are political stunts and have little tangible effect. I disagree.

Airborne pollution, whether from vehicle emissions or from noise, is a plague that affects us all. Paris may be taking small steps to alleviate the problem but in my view they are steps in the right direction. 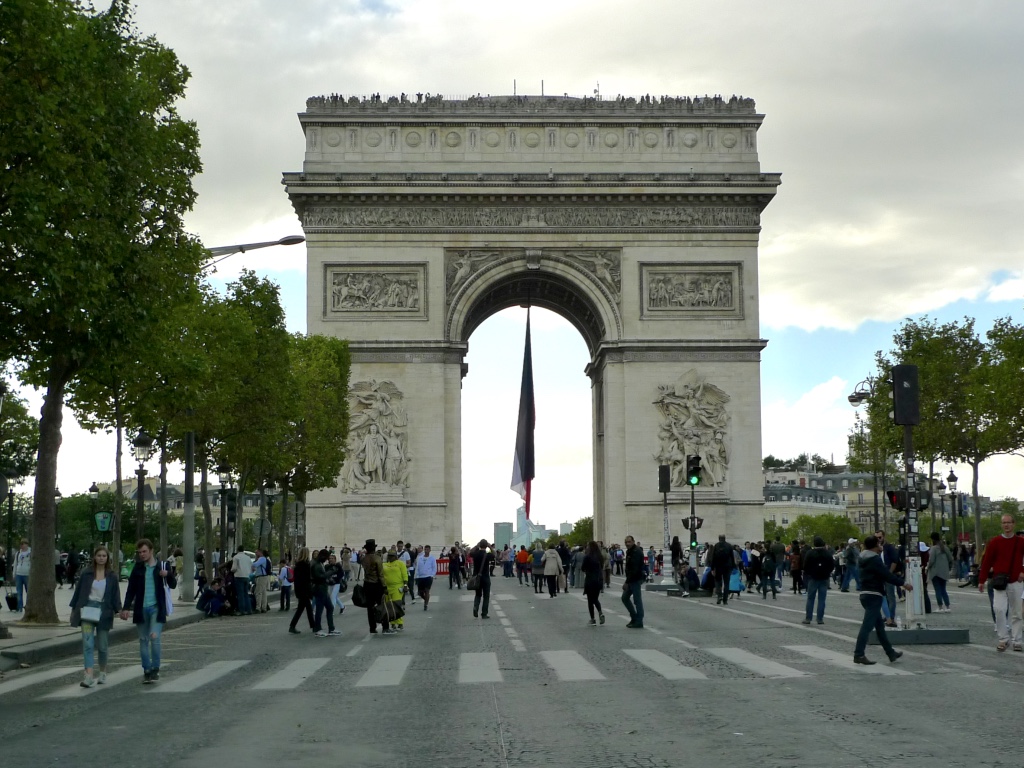