Square du Temple and its Sounds

THE ENGLISH WORD ‘square’ has been adopted by the French to describe a particular type of open space.

A Parisian ‘square’ is typically a small urban green space not large enough to be called a parc (the grassy variety) or a bois (the wooded variety) and not sufficiently formal in its plantings to be called a jardin.

There are a large number of squares dotted throughout the twenty arrondissements of Paris each of which offers the opportunity to escape, if only momentarily, from the urban environment and to partake of air and light. Sadly though, few Parisian squares are completely free from the noise pollution create by endless traffic.

Opened in 1857, the Square du Temple in the 3rd arrondissement is one of the squares created by Jean-Charles Alphand, directeur de la voie publique et des promenades de la Ville de Paris, during Baron Haussmann’s reconstruction of Paris in the late nineteenth-century. 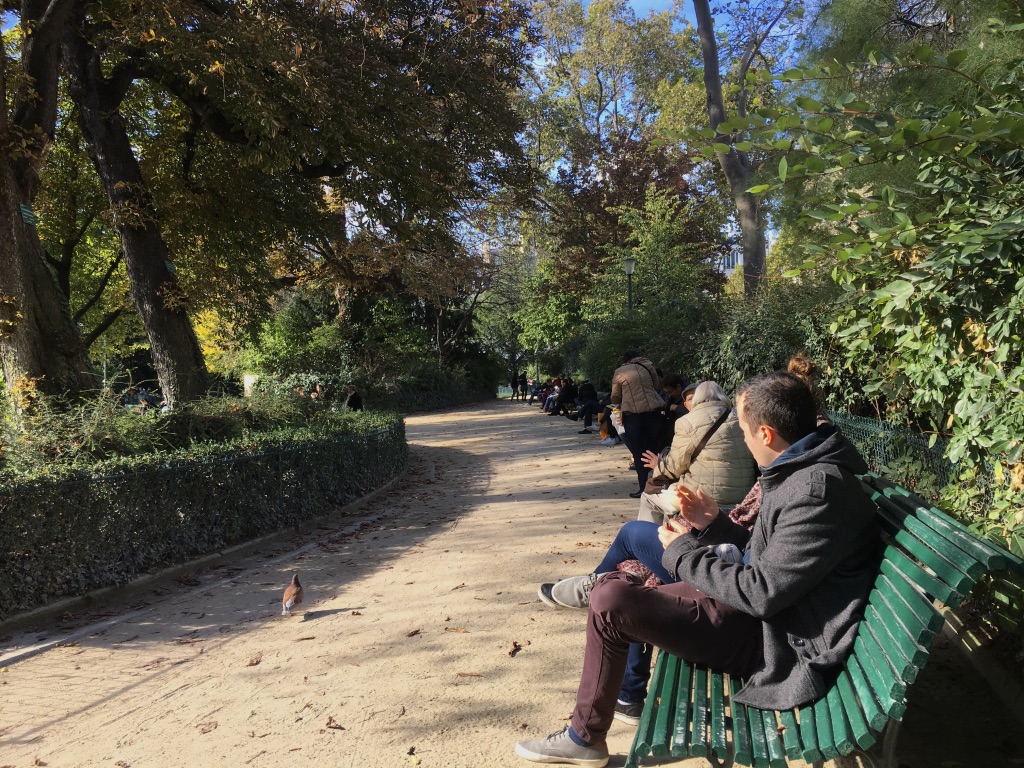 The Square occupies part of the the site of a medieval fortress built by the Knights Templar in 1290. Covering some 130 hectares, the fortress or, l’enclos du Temple, featured a number of buildings important to the running of the Knights Templar Order including a church, a massive turreted keep known as the Grosse Tour (great tower), and a smaller tower called Tour de César (Caesar’s Tower).

After the revolution, l’enclos du Temple become a place of pilgrimage for royalists so, in 1808, Napoleon I ordered its demolition. The final remnants were demolished around 1860 under Napoleon III.

Sounds in the Square du Temple:

Today, at the eastern end of the Square du Temple, also standing on part of the former l’enclos du Temple, is the majestic Marie du III Arrondissement, the local town hall.

While at the north-eastern end is the Carreau du Temple, originally a covered market built in 1863 but now a multipurpose space with a 250-seat auditorium along with sports and cultural facilities, including a recording studio.

I visited this typical Parisian square on a sunny, mid-October afternoon and, along with the lawns, the pond with its artificial waterfall tricking over rocks imported from the forest of Fontainebleau and the chestnut, Turkish hazel and Japanese Sophora trees, I found the sounds of children dominating the soundscape.

These sounds seemed especially poignant when I came upon this:

It’s a monument, inaugurated on 26th October 2007, carrying the names and ages of ‘87 tout-petits n’ont pas eu le temps de frequenter une ecole’: 87 Jewish toddlers aged from 2 months to 6 years living in the 3rd arrondissement who were deported from Paris between 1942 and 1944 and subsequently exterminated at Auschwitz.