From January to June

ALTHOUGH PERHAPS NOT quite yet an obsession, searching for quiet in the busy, traffic strewn city of Paris has become a major preoccupation for me, even though it is a Sisyphean task since quiet is a rare commodity in the Parisian soundscape.

Just to be clear, for me quiet isn’t necessarily the absence of noise, but rather a state where individual sounds, which are always there but usually shrouded in a cloak of more aggressive, often unwelcome sounds, are allowed to speak and tell their own story.

Aggressive and unwelcome sounds can be found in abundance at any of the major road intersections in Paris, intersections like Place de la Bastille for example, which straddles the 4th, 11th and 12th arrondissements. Seven roads converge here, each spewing a toxic ribbon of traffic around the 1830 July Column.

One might be forgiven for thinking that amidst the cacophonous noise pollution around Place de la Bastille quiet might be elusive, but it can be found if one searches diligently. 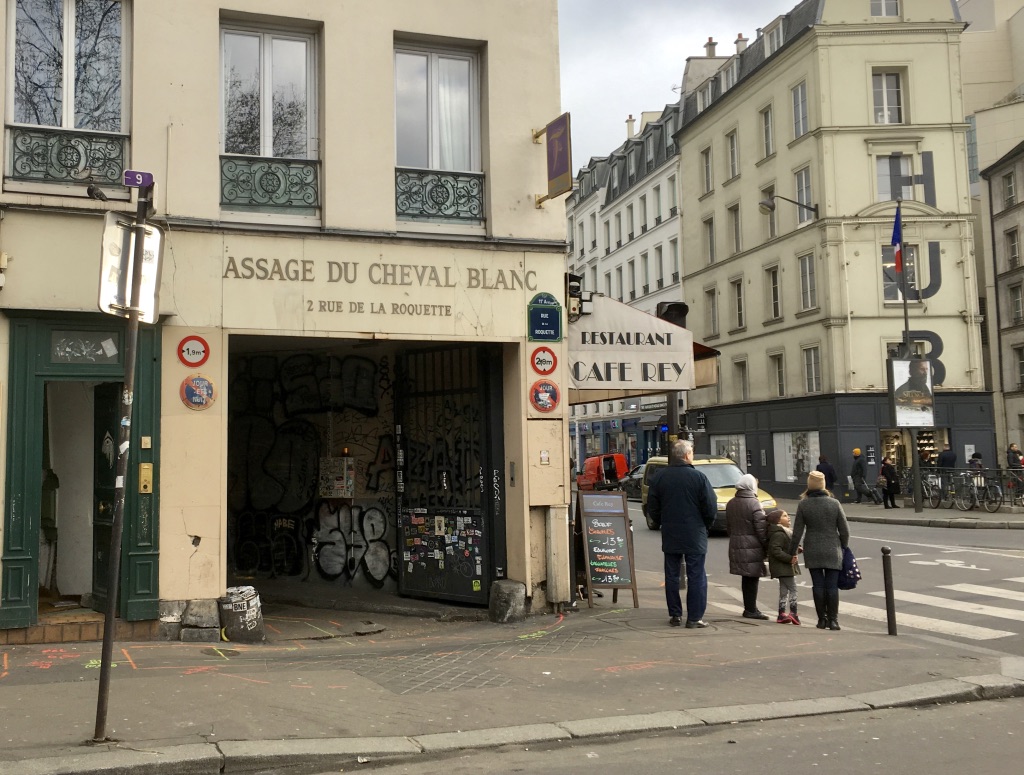 One of the streets leading from Place de la Bastille is Rue de la Roquette, a seventeenth century street once home to the French poet Paul Verlaine, the dramatist Michel-Jean Sedaine, the historian Jules Michelet and, for a time in the 1980s, the celebrity chef and restaurateur Gordon Ramsay. At N°2 Rue de la Roquette is a seventeenth century archway leading into the Passage du Cheval Blanc.

Once home to timber warehouses supplying the cabinetmakers and furniture manufacturers close by, today the Passage du Cheval Blanc comprises a labyrinth of individual passageways and courtyards housing small businesses from the Maison Lucien Gau, specialising in the creation, conservation and restoration of lighting and bronze art objects, to architects’ offices and design studios as well as the studios of the radio station Oui FM. 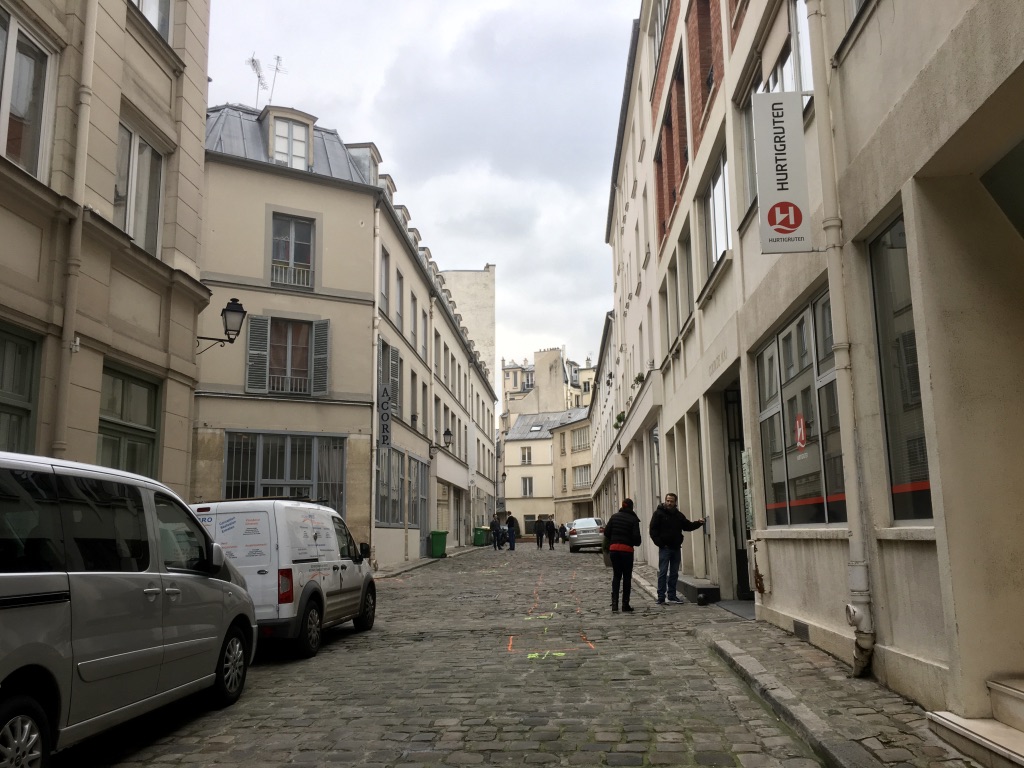 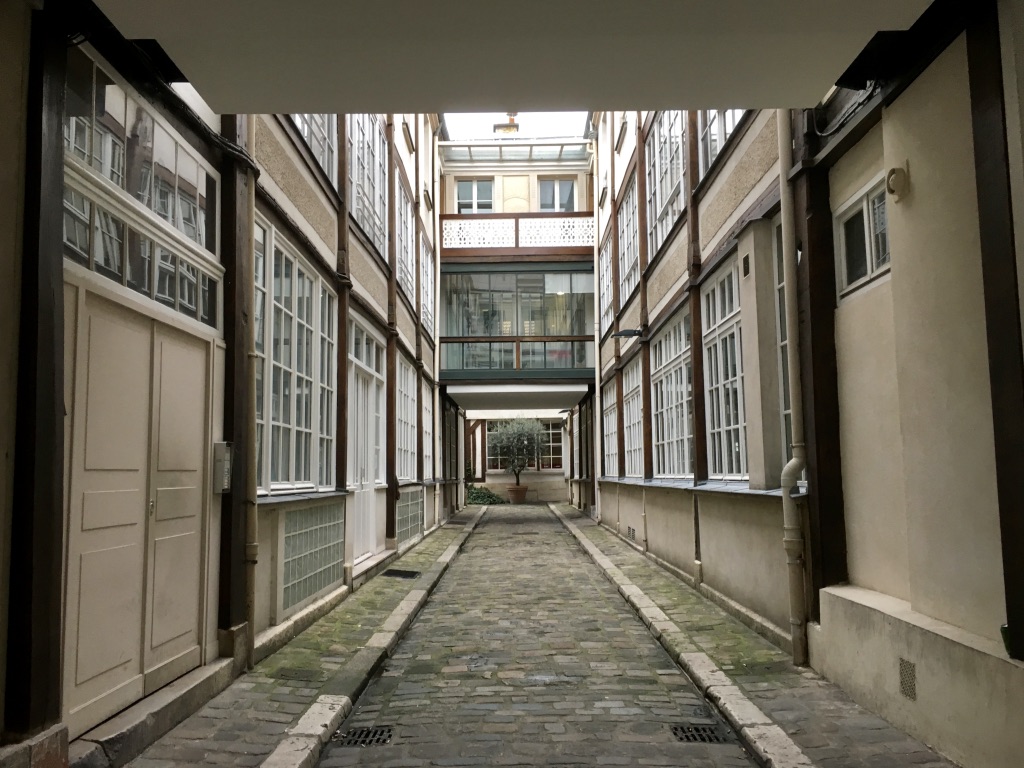 A distinguishing feature of the Passage du Cheval Blanc is that each of the interior passageways is named after a month of the year from January to June. 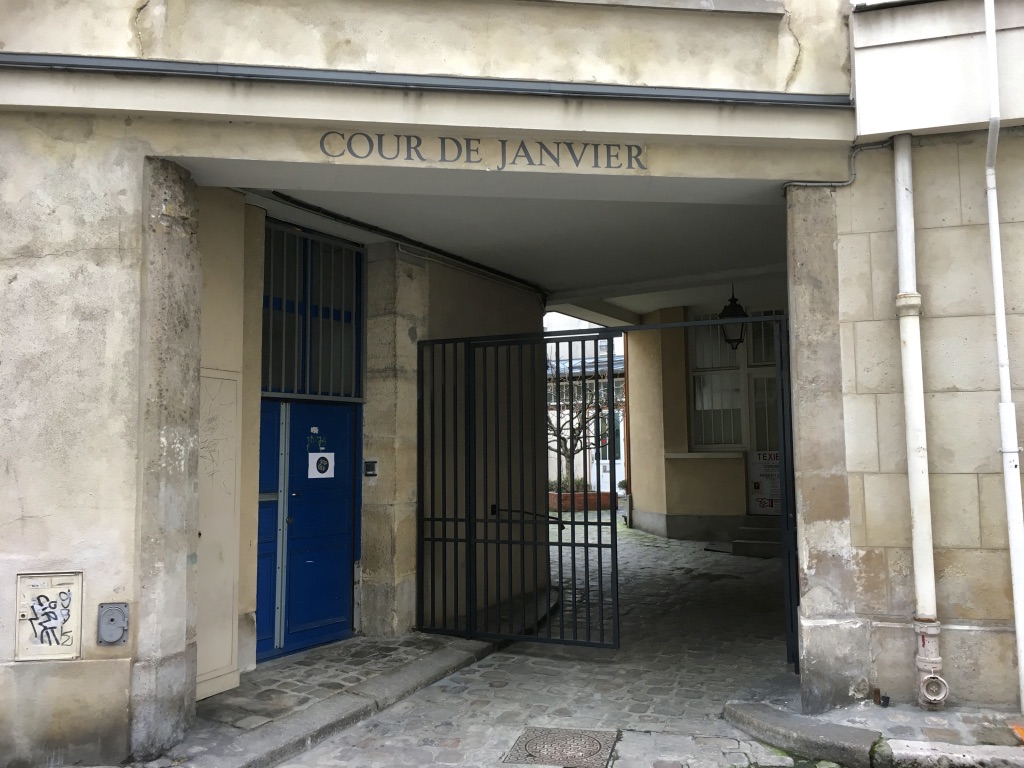 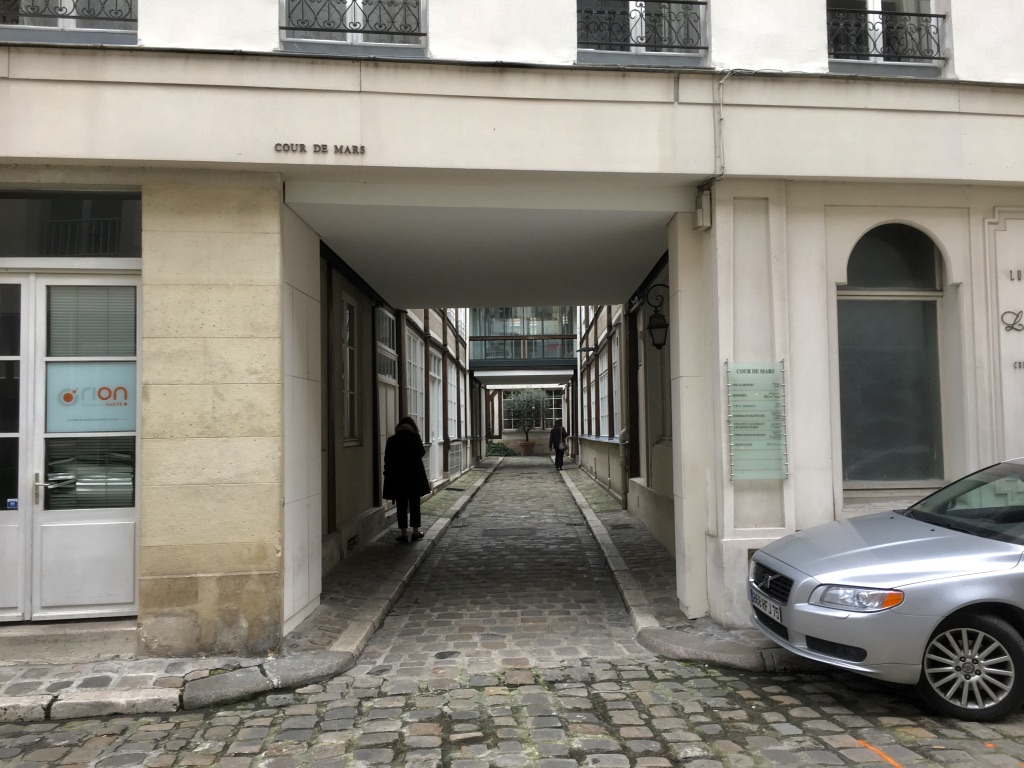 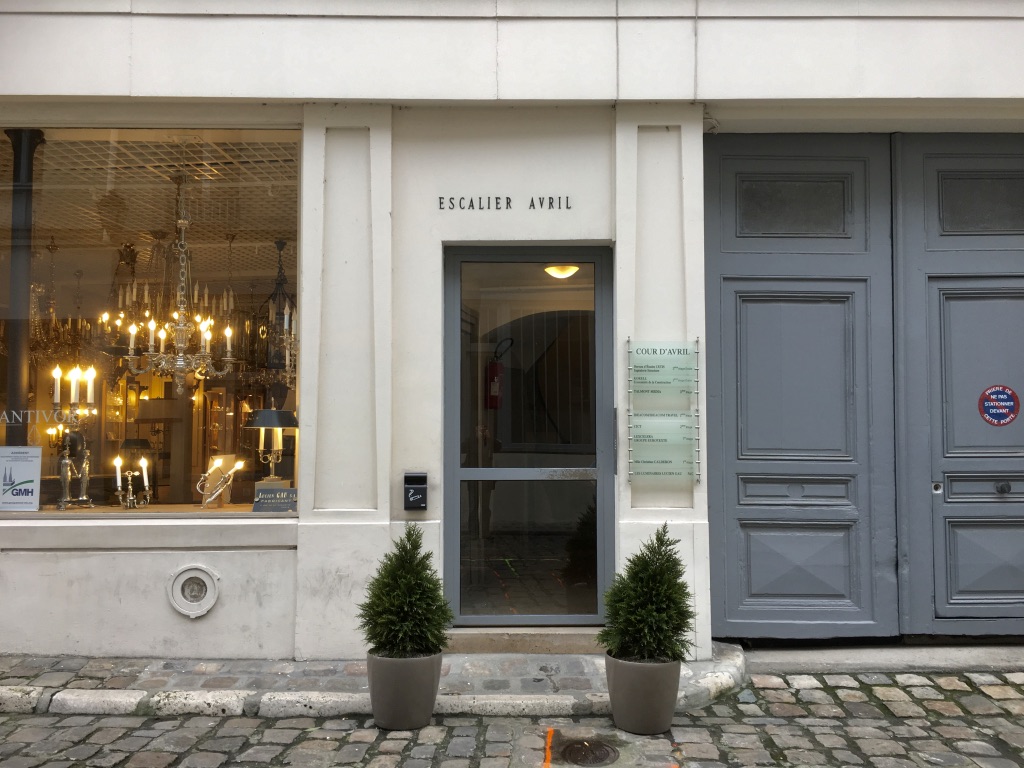 April – It’s not actually a passageway but a staircase 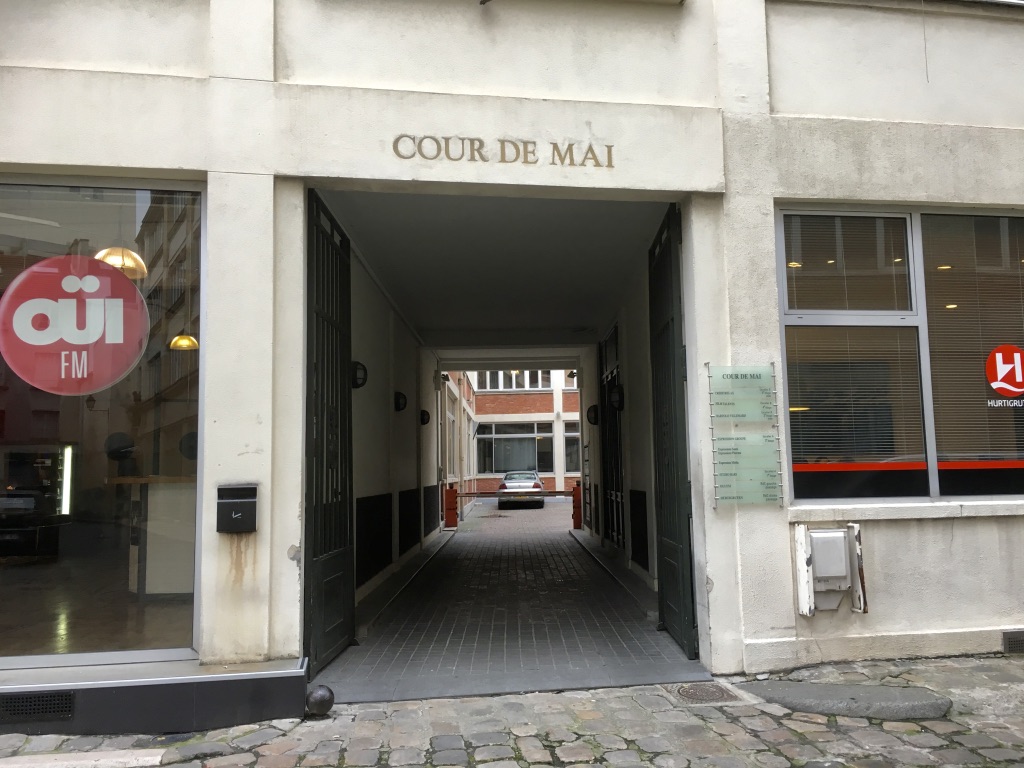 The sound piece above is my soundwalk from January to June and back to January again.

I have long held the view that constant, aggressive and unwelcome sounds are just as polluting and damaging to our health as the other sources that pollute our atmosphere with a plethora of toxic emissions. Walking through the Passage du Cheval Blanc, I couldn’t help thinking about how the mainly young, creative people who work here must profit from the absence of aggressive, unwelcome sounds.