HOME FOR SOME, a workplace for others and a thoroughfare for all, the Passage Saint-Pierre Amelot in the 11th arrondissement is a narrow street linking the relatively quiet Rue Amelot and the very busy Boulevard Voltaire. 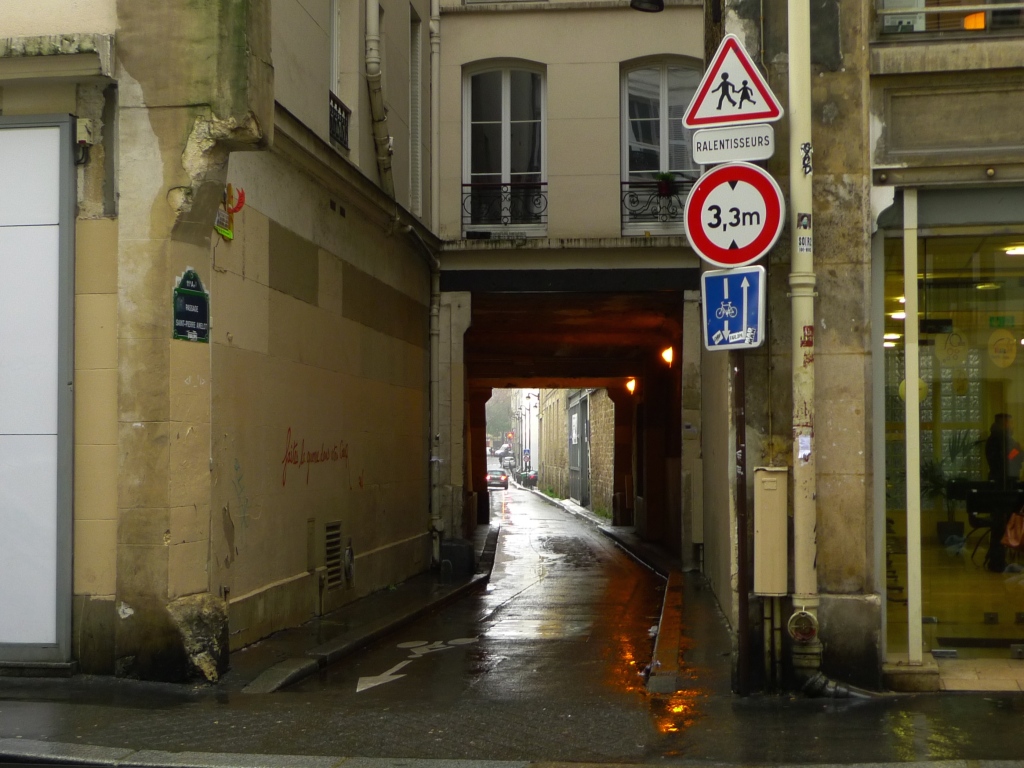 At 275 metres long and 3.5 metres wide the street hosts a large Renault garage, offices for the telecommunications company, Orange, student accommodation and apartment buildings. There are no cafés, restaurants or shops. Cars may pass along the street but a speed limit of 15 km/h is in force. 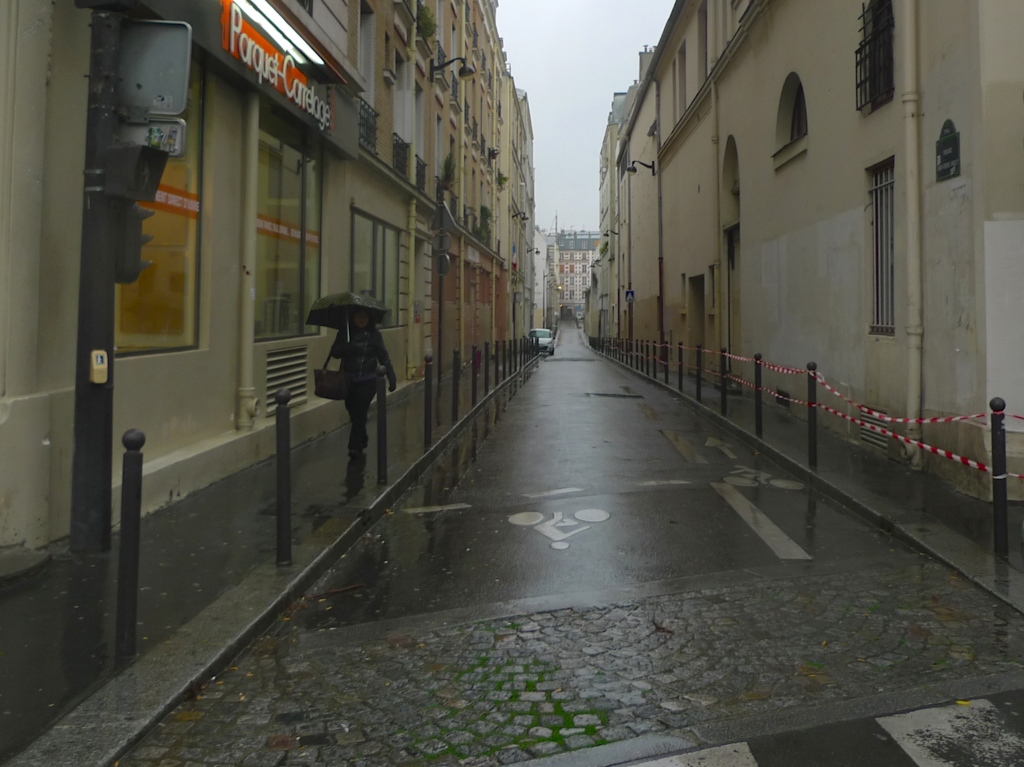 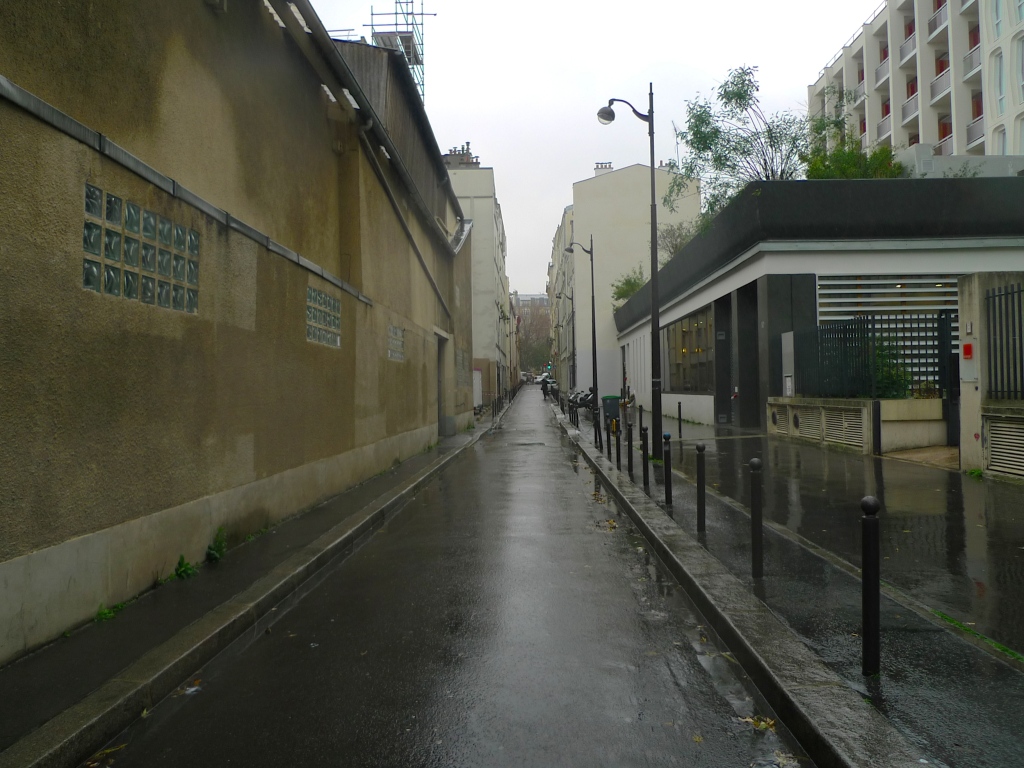 Passage Saint-Pierre Amelot – the offices of ‘Orange’ on the right 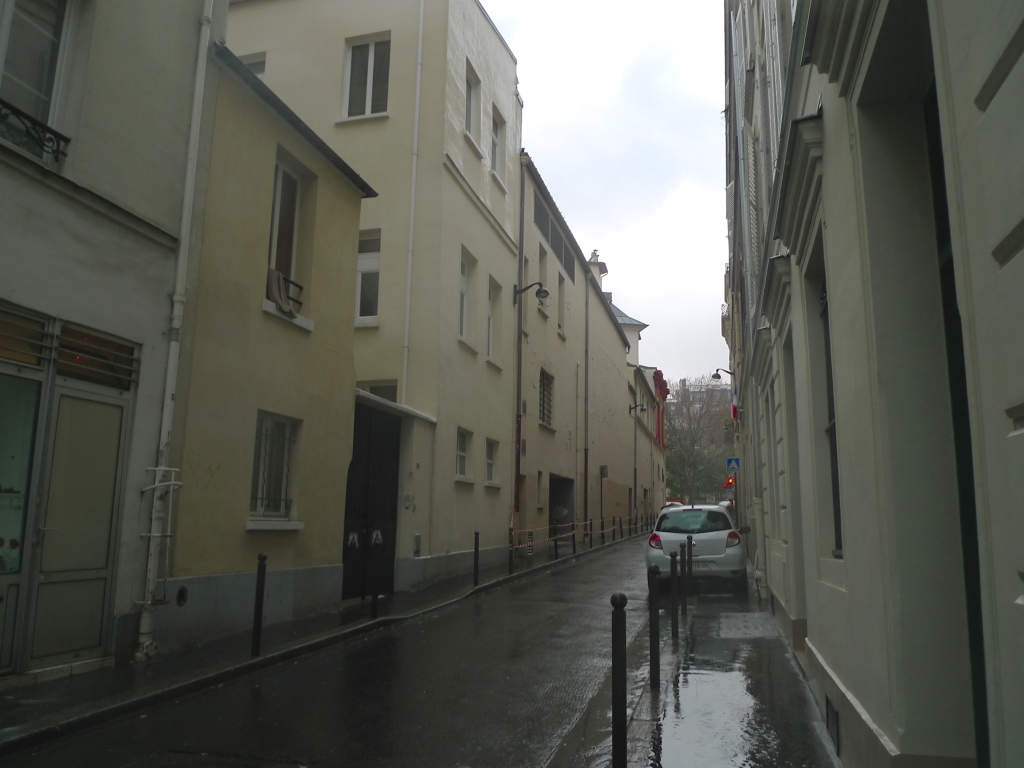 At first hearing you might think these sounds are the ordinary, everyday sounds of an ordinary Parisian street and in one sense they are. But sounds don’t exist in a vacuum, either in reality or metaphorically, all sounds have a context and when you know the context ordinary sounds can sometimes become quite extraordinary.

When you hear the toothless man saying ‘Bon Courage’ and know that he is directing it at a police officer armed with a high-powered rifle, and when you hear the sounds of a police radio you might begin to suspect that all is not what it seems in the Passage Saint-Pierre Amelot. 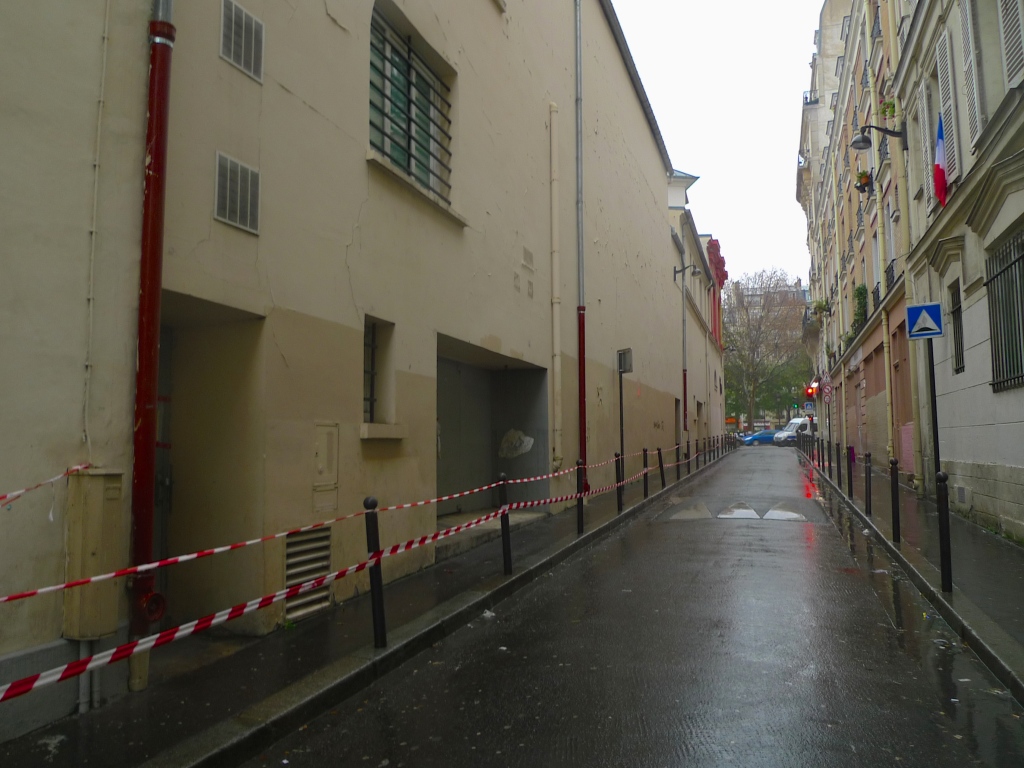 When you know that the wall on the left in the picture above belongs to the Bataclan café and concert venue where 89 people were shot dead on the night of 13th November and when you know that the large door along the wall is where many young people, some injured and others about to die, spilled out onto the street trying to escape, then these ordinary sounds become quite extraordinary. 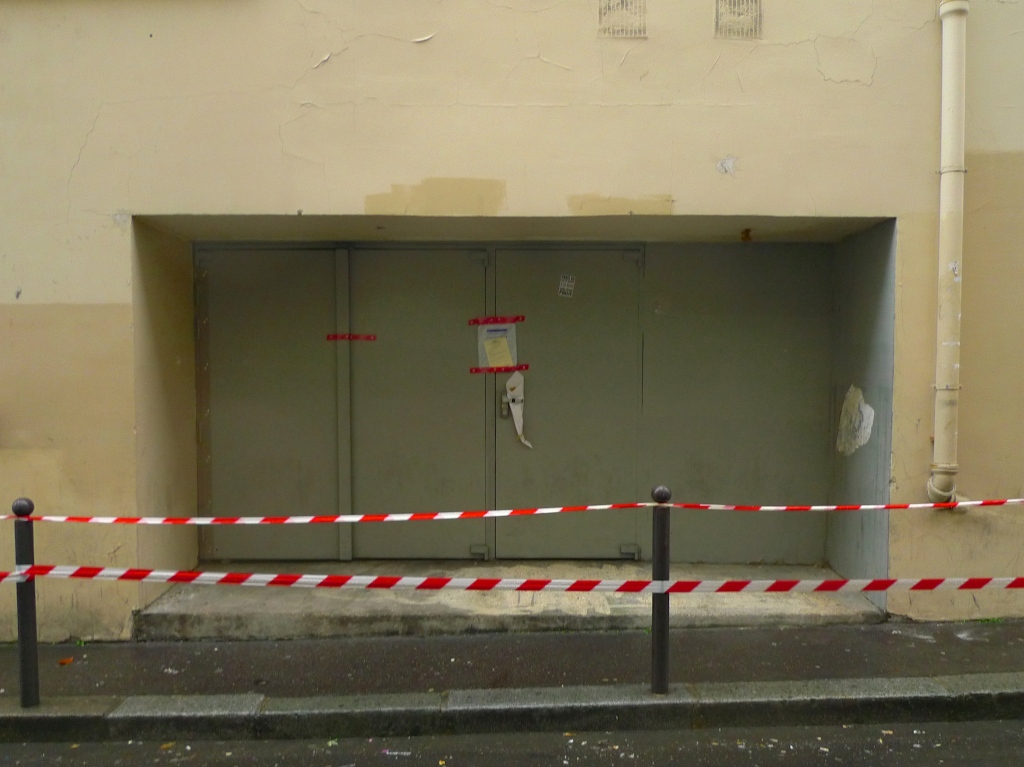 I recorded these sounds ten days on from the attack on the Bataclan. The police presence, although still there, is diminished and the Passage Saint-Pierre Amelot is regaining its composure even though stark reminders of the tragic events are still to be seen. 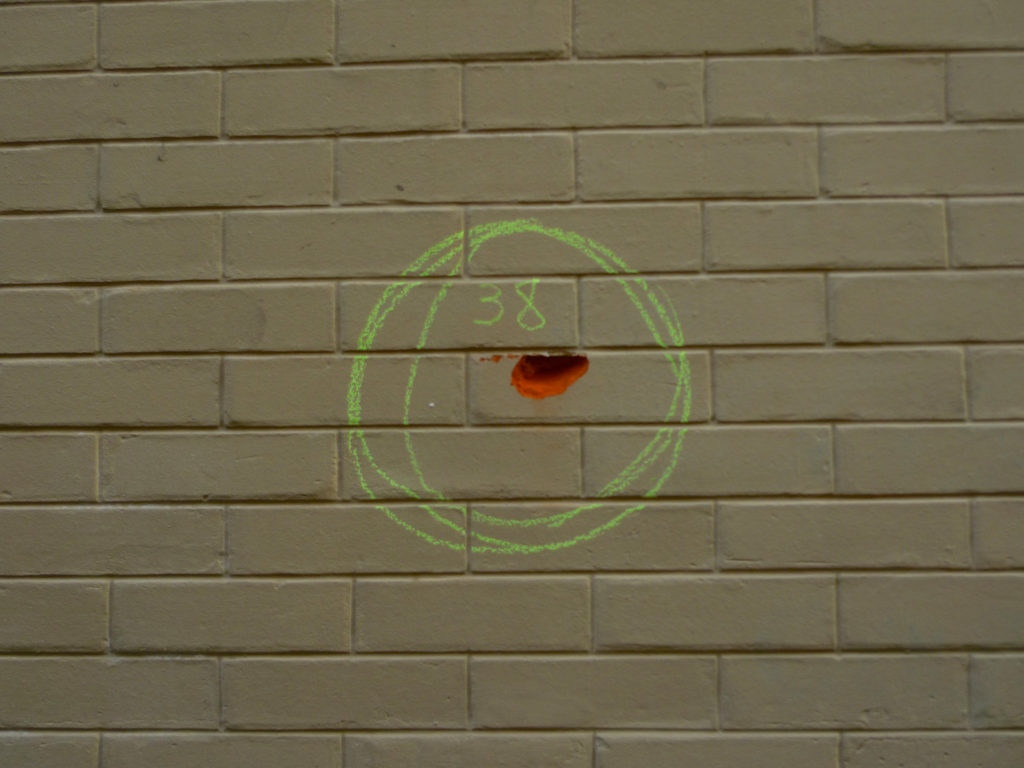 For over a week after the attack, the Bataclan was completely cordoned off and it’s only in the last few days that the cordon has been partially removed. Now, leaving the Passage Saint-Pierre Amelot and crossing over the Boulevard Voltaire, it’s possible to get a perspective on the scene. 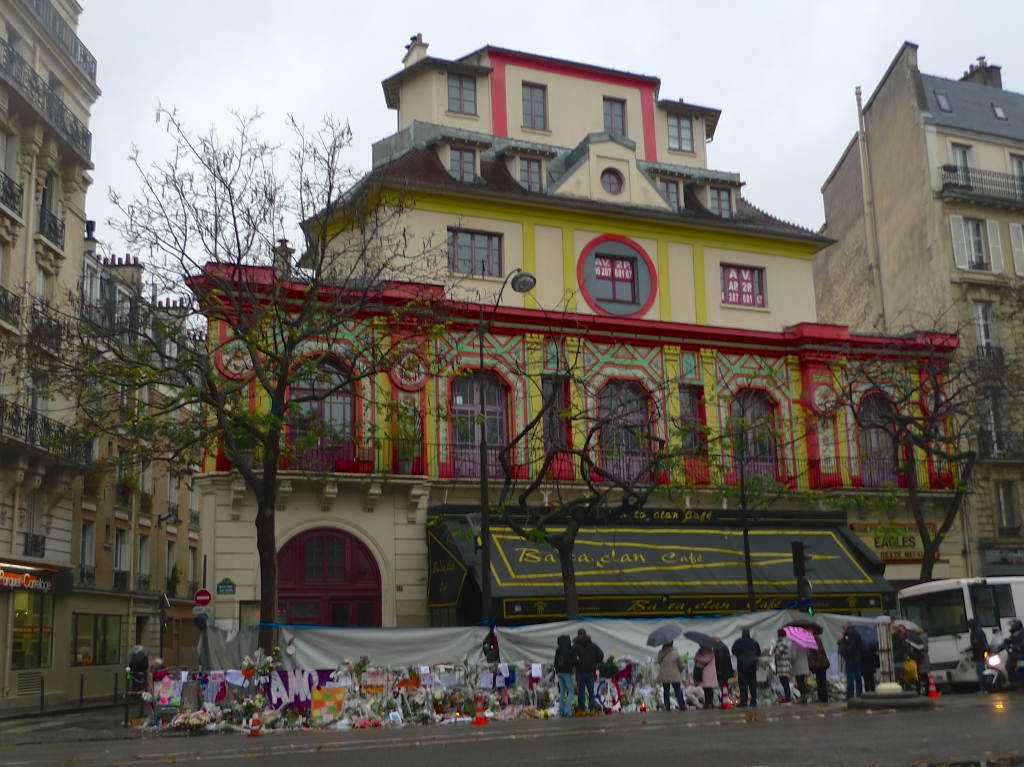 I began my work capturing and archiving the sounds of Paris several years ago and at that time I resolved to capture the city’s complex sound tapestry as comprehensively as I could. My aim was to capture sounds from all parts of the city and the surrounding suburbs, to capture sounds ranging from the spectacular to the ordinary and to be part of the soundscape without changing it.

Occasionally, I’ve become part of the media circus jostling with TV and radio crews to get prime position to capture major events but most of my work is carried out as an aural flâneur, working alone, simply observing through active listening. And working alone gives me the advantage of being able to choose where I record and what sounds I record.

Twice this year Paris has been attacked and twice I’ve had to choose what sounds to record to reflect these events.

Following the Charlie Hebdo attacks in January I published sounds on this blog from the national day of mourning and sounds from the huge wave of public sympathy that followed. I also recorded sounds that I chose not to publish.

Last week, I published sounds on this blog in the aftermath of the latest attacks but I’ve also recorded sounds that I’ve chosen not to publish.

During the last week I’ve visited all the attack sites again and I was surprised to find that I was affected by the experience more than I expected. At each site, although the media circus has long gone, the tributes are still there but the candle flames are dimmed, the flowers are wilting and the written tributes are fading. The pictures of some of the victims though stand out starkly and, looking at the pictures, it’s impossible not to make a personal connection with these victims. 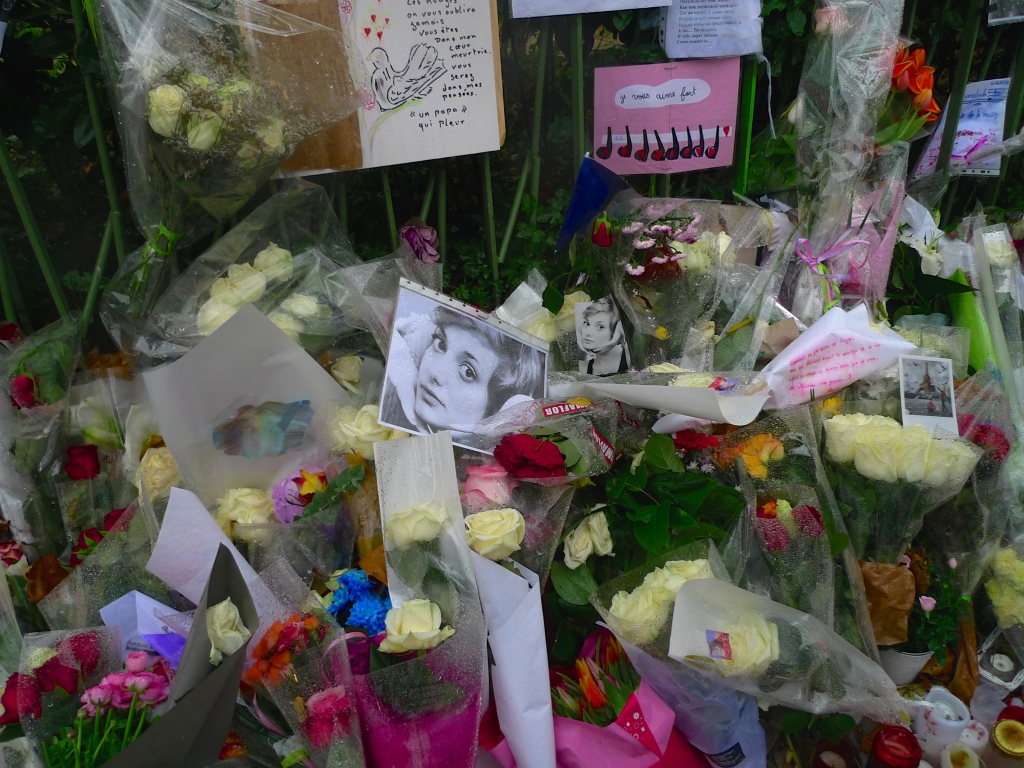 The sounds I recorded in the Passage Saint-Pierre Amelot beside the Bataclan may be ordinary, everyday sounds to some but they are extraordinary and very personal sounds to me.

For me, these sounds will always reflect not only a moment in time and a sense of place, a place recovering its composure, but also echoes of the tragedy that took place here and across the city and the emotion that I felt as the events unfolded and in the aftermath. 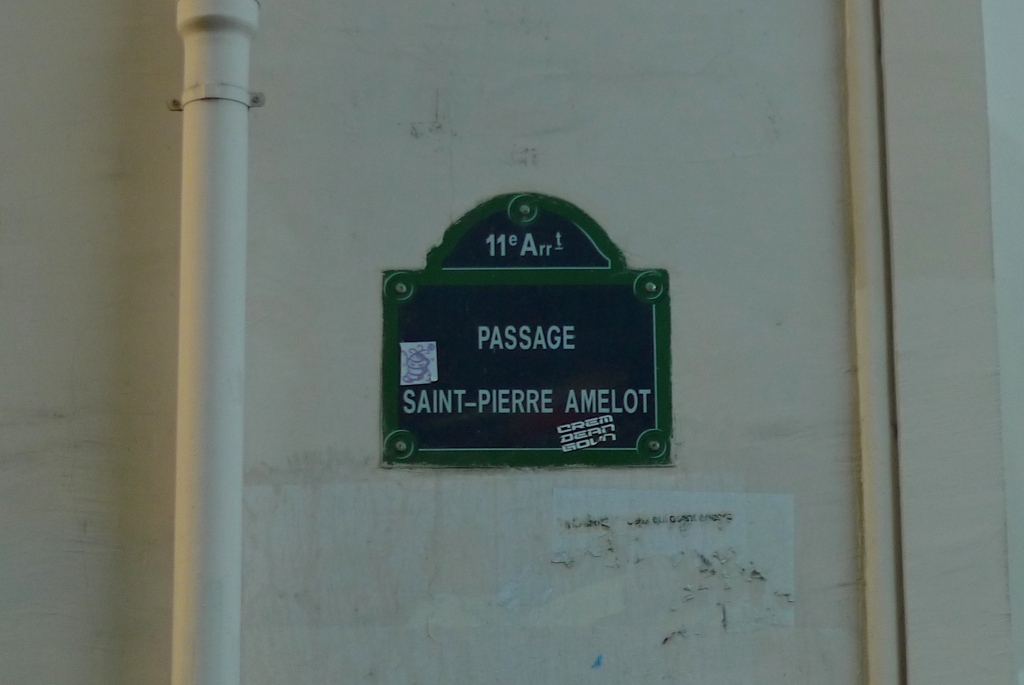