MÉNILMONTANT HAS EXISTED since the thirteenth-century. Then it was a hamlet with just a few houses on a hill with vines and fruit trees. Today, it’s part of the thriving alternative Paris. 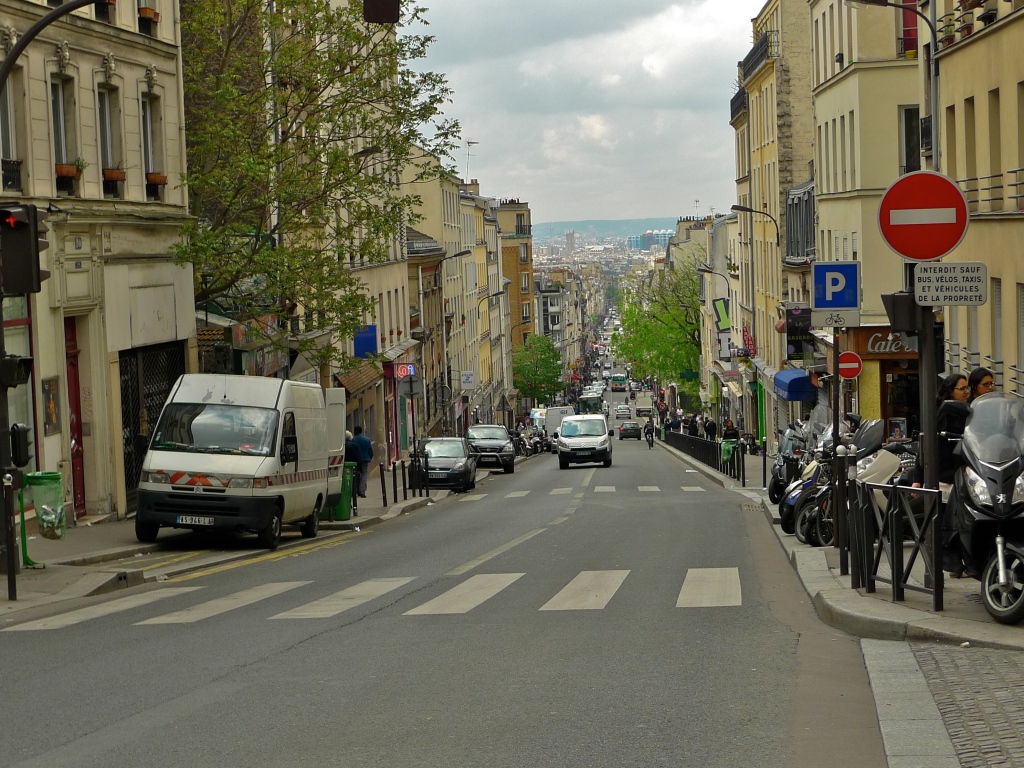 It was annexed first by Belleville before the French Revolution and then, in 1860, by the city of Paris.

I find streets like the Rue de Ménilmontant fascinating, they are usually off the tourist trail and full of local colour.

On the surface, the street has rather a shabby and rundown look to it far removed from Baron Haussmann’s central Paris but this belies the real character of the place. Despite its appearance, the Rue de Ménilmontant and the surrounding area is a thriving centre of alternative Paris as artists and young professionals have moved in.

Although this street really comes to life at night, it’s not devoid of colour and activity in the daytime. On the day I went, I found and enjoyed a fascinating street market.

Sounds from the Rue de Ménilmontant:

I spend a lot of time walking the streets of Paris listening to and capturing everyday sounds not only from the glamorous but also from the ordinary streets; the sounds we often ignore but sounds which provide the sonic tapestry to our lives. I think it’s really important that these sounds are captured and preserved.