Rue Maître Albert and its Sounds

SET IN THE HEART of medieval Paris, rue Maître Albert began life as an unnamed pathway leading from the Seine to the present day place Maubert. In 1300, the plans of Paris show the street with the curious name, rue Perdue – the lost street – and unfortunately, the reason why it acquired that name seems also to have been lost. In the 17th century it became rue Saint-Michel – it was named after a college of the same name – but in 1763 it reverted back to rue Perdue before becoming rue Maître Albert in 1844.

Rue Maître Albert is named after one of the greatest philosophers and theologians of the 13th century variously known as Albrecht von Bollstadt, Albert of Cologne, Albertus Magnus, Albert le Grand and since 1931, Saint Albert the Great, Patron Saint of Christian Scholars.

Born around the year 1200, Albert studied at the University of Padua and later taught at Hildesheim, Freiburg-im-Breisgau, Regensburg, and Strasbourg. He then taught at the University of Paris, where he received his doctorate in 1245. He was a philosopher and a natural scientist, gaining a reputation for expertise in biology, chemistry, physics, astronomy, geography, metaphysics, and mathematics as well as in biblical studies and theology. Perhaps the most famous of his disciples was Saint Thomas Aquinas. Maître Albert died in Cologne in 1280.

Whether or not Maître Albert actually lived in the street that bears his name is unclear, although he may well have done because we know that he did much of his teaching in the neighbouring place Maubert. 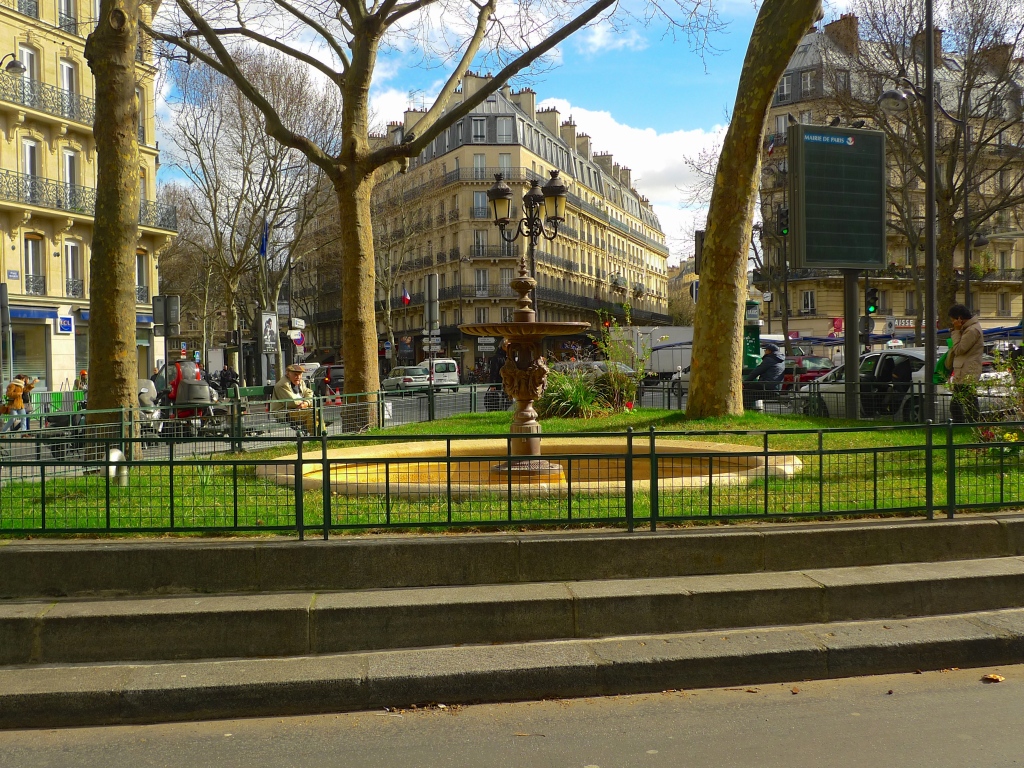 Some say that the name Maubert is a contraction of Maître Albert but an alternative view is that Maubert is a corruption of Jean Aubert, abbot of the Abbeye de Sainte-Genevieve, which owned the land on which la place Maubert stood.

What is known for certain is that from the 15th century place Maubert was a place of execution with one of its most notable victims being the French scholar, translator and printer, Etienne Dolet who was tortured, hanged and burned in the square with his books in August 1546.

Today, rue Maître Albert still runs from the Seine to la place Maubert and it still has a medieval feel to it – save for the modern day traffic of course that often uses it as a short cut from the quai de la Tournelle to place Maubert.

I went to explore rue Maître Albert and to capture its atmosphere in sound. Instead of doing a conventional soundwalk along the street I decided to take the contre-flâneur approach and let the street walk past me. I sat on a stone windowsill across the street from the atelier of Philippe Vergain, Ebéniste d’Art, and waited for the street to speak to me. 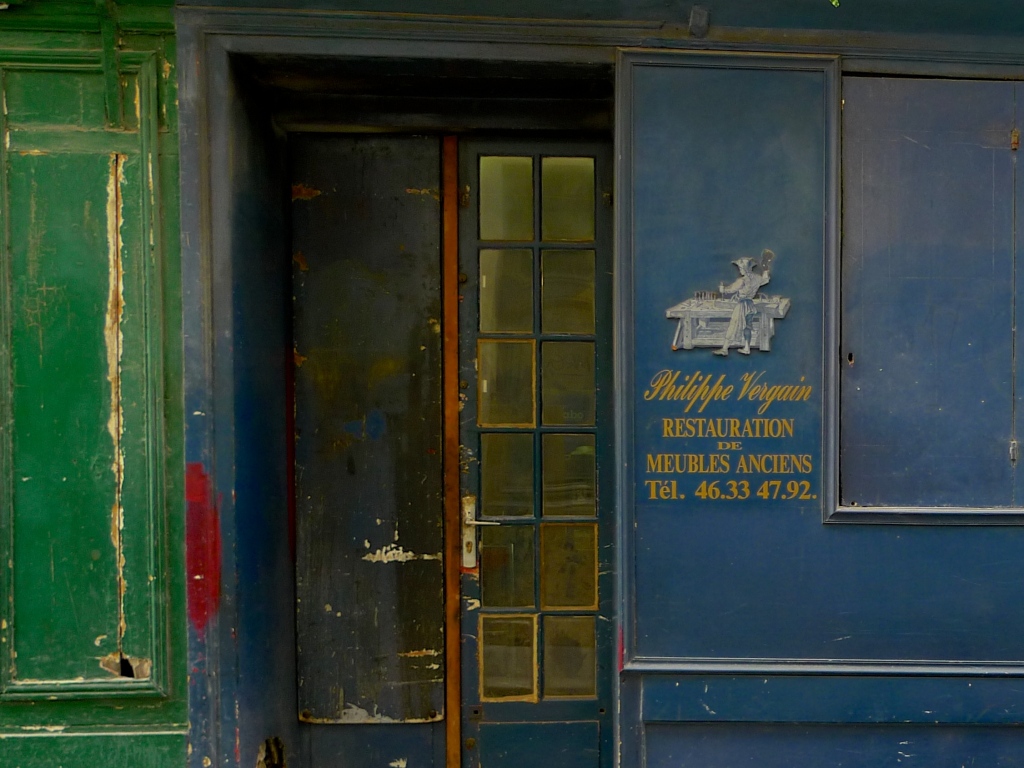 Close to me on my side of the street was a gallery with a window display that had faint echoes of Maître Albert, the natural scientist.

Listening to the sounds around me is my way of observing the world and listening to the sounds of relatively quiet Parisian streets always stimulates my imagination. What stories lie behind the sounds of the people walking past going about their daily lives, the snatches of half-heard conversations, the doors opening and closing as people pass in and out of buildings? What did this street sound like in medieval times when Maitre Albert was teaching hereabouts, what did it sound like in the 16th century when Protestant printers were being executed at the head of the street in place Maubert or during the great flood of 1910? Only our imagination can provide the answer. 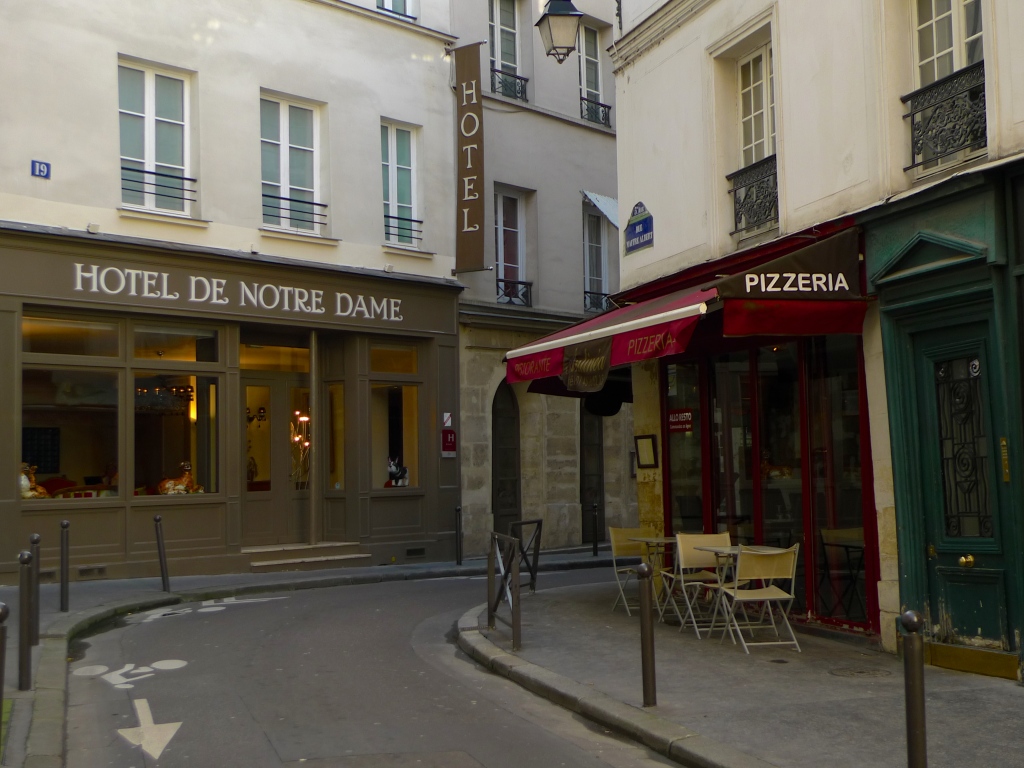