In and Around Métro Lamarck-Caulaincourt

NAMED AFTER THE FRENCH comedian, humorist and member of the French Resistance, rue Pierre Dac is just 23 metres long making it one of the shortest streets in Paris. Originally forming the upper part of rue de la Fontaine-du-But linking rue Lamarck and rue Caulaincourt in the 18th arrondissement, the street’s name was changed in 1995 in honour of Pierre Dac. 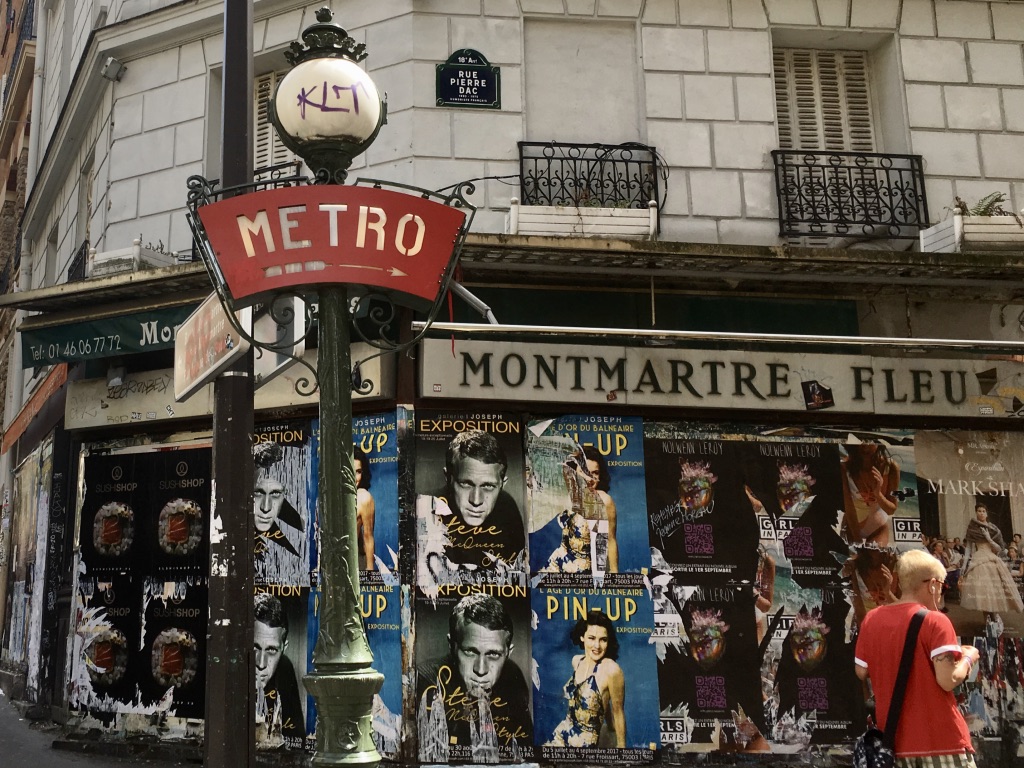 The distinctive red sign in rue Pierre Dac points us towards the Métro station Lamarck-Caulaincourt and tells us that this station once formed part of the three Paris Métro lines owned by the Nord-Sud Company, or to give it its proper name, la Société du chemin de fer électrique souterrain Nord-Sud de Paris. In 1931, the Nord-Sud Company was taken over by its competitor, la Compagnie du chemin de fer métropolitain de Paris, which in turn was nationalised in 1948.

The Métro station Lamarck-Caulaincourt is perhaps best known for its distinctive entrance nestling between the two staircases that form most of rue Pierre Dac. 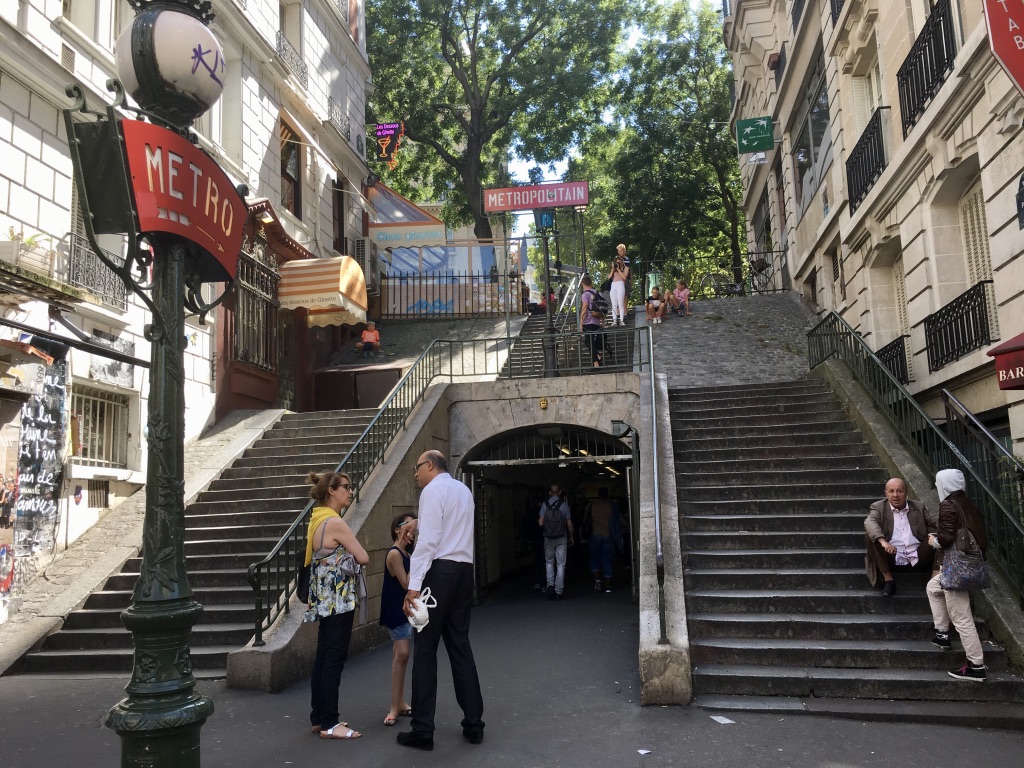 Lamarck-Caulaincourt station was opened on 31st October 1912 and today it forms part of the Paris Métro Line 12 linking the stations Front Populaire in the north to Issy-les-Moulineaux in the south. The station platforms were renovated in 2000 – 2001 and further work was carried out in 2006. 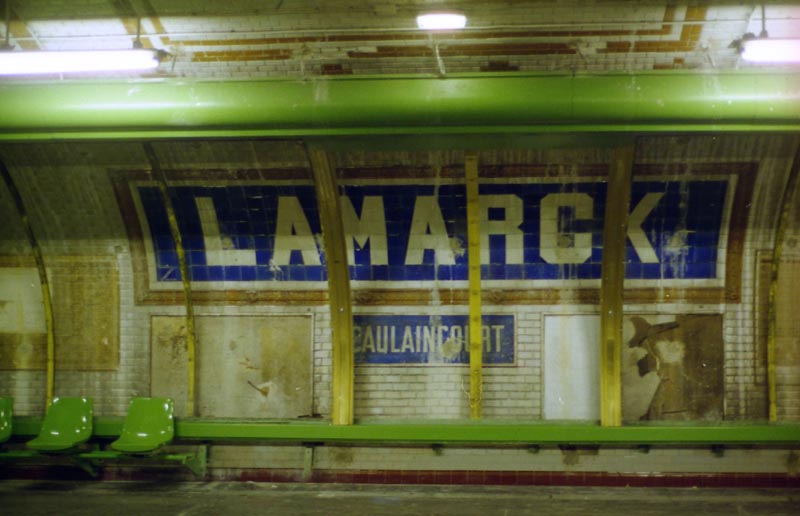 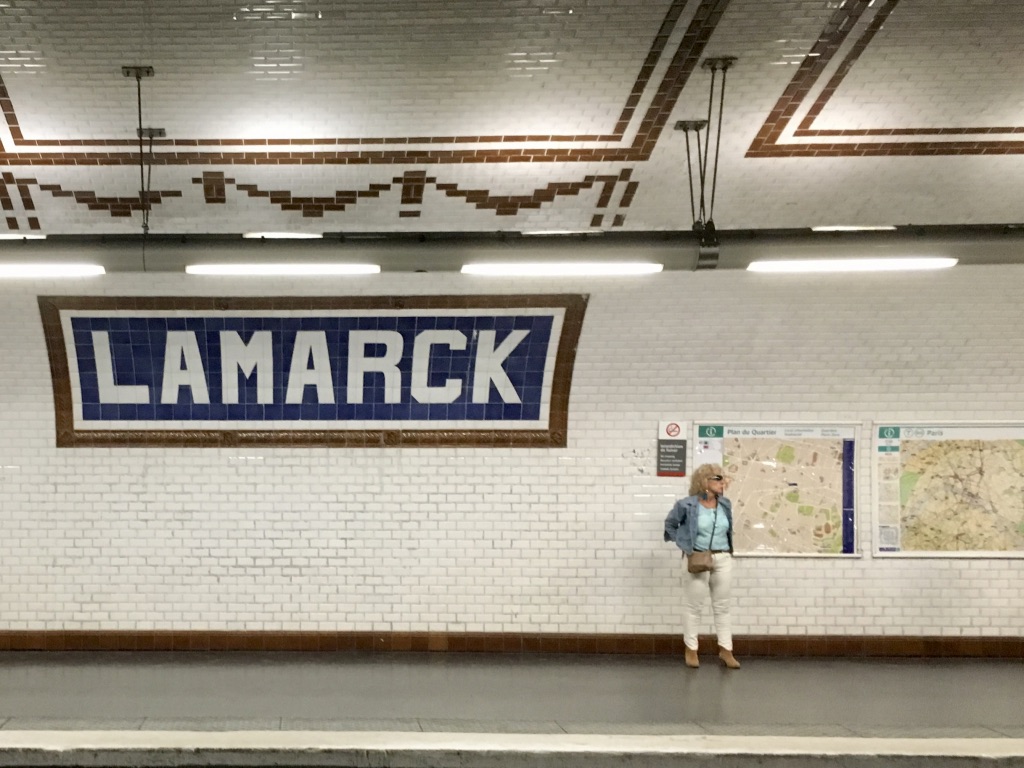 Since Lamarck-Caulaincourt station was constructed under the butte Montmartre, the large hill that forms the village of Montmartre, it’s not surprising that the station platforms are some 25 metres below the station entrance. For those who arrive at the station by train and find the 25-metre climb out of the station a challenge, RATP have thoughtfully provided a lift to make life easier. 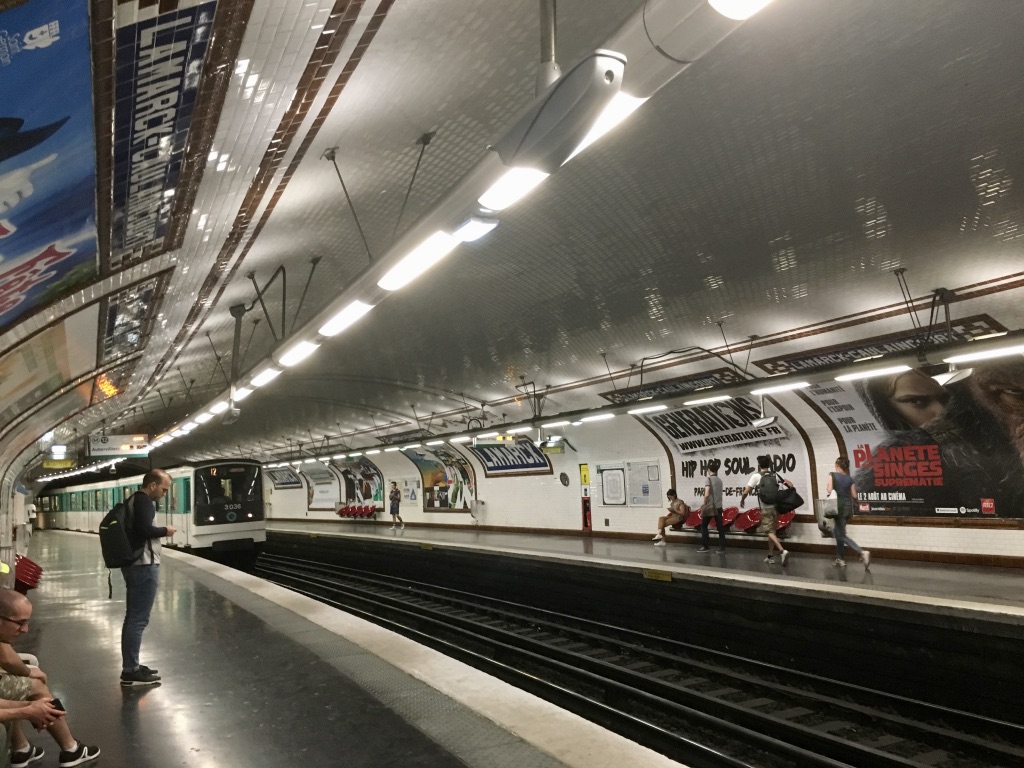 Sounds around Lamarck-Caulaincourt station platforms and an exit by lift: 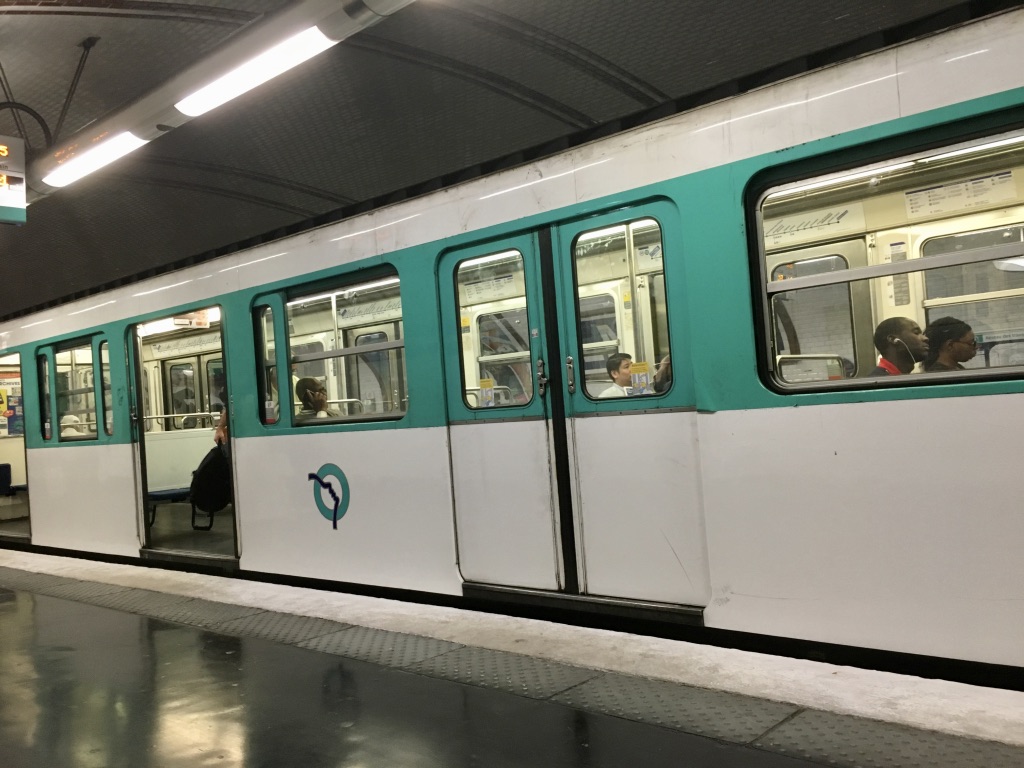 I recorded the sounds inside the station to add to my extensive archive of sounds of the Paris Métro network but I also recorded sounds from the staircases in rue Pierre Dac outside the station, which I found to be equally fascinating.

I sat on one of the staircases and simply observed life passing by just as the photographer did in the 1925 photograph below. 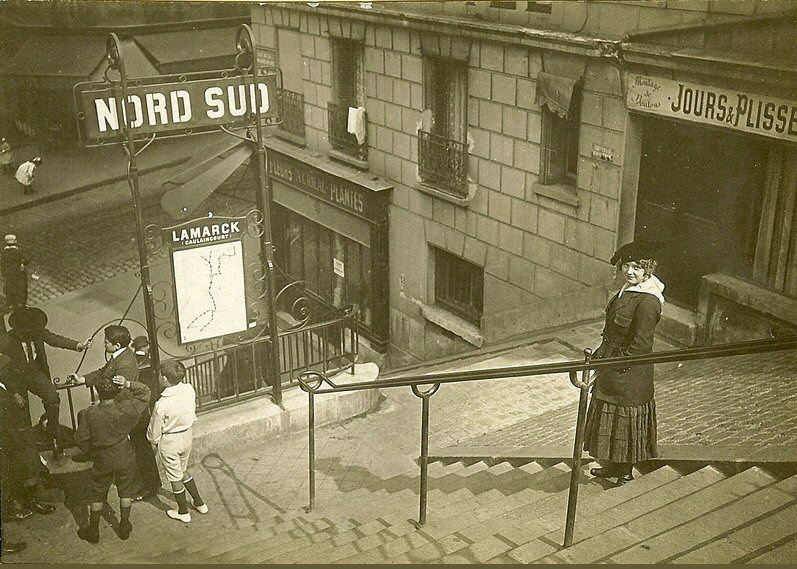 Sounds from the staircase in rue Pierre Dac: 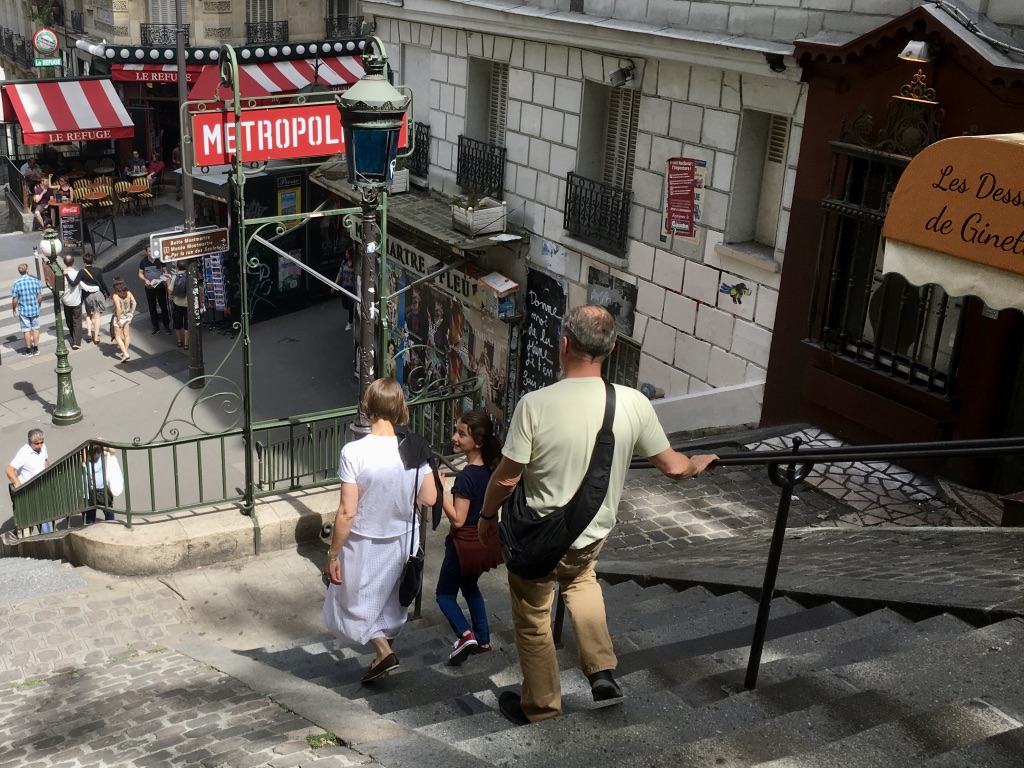 Sitting on a staircase in the street observing the world passing by might not be everyone’s idea of a good day out, but at least I wasn’t the only one! 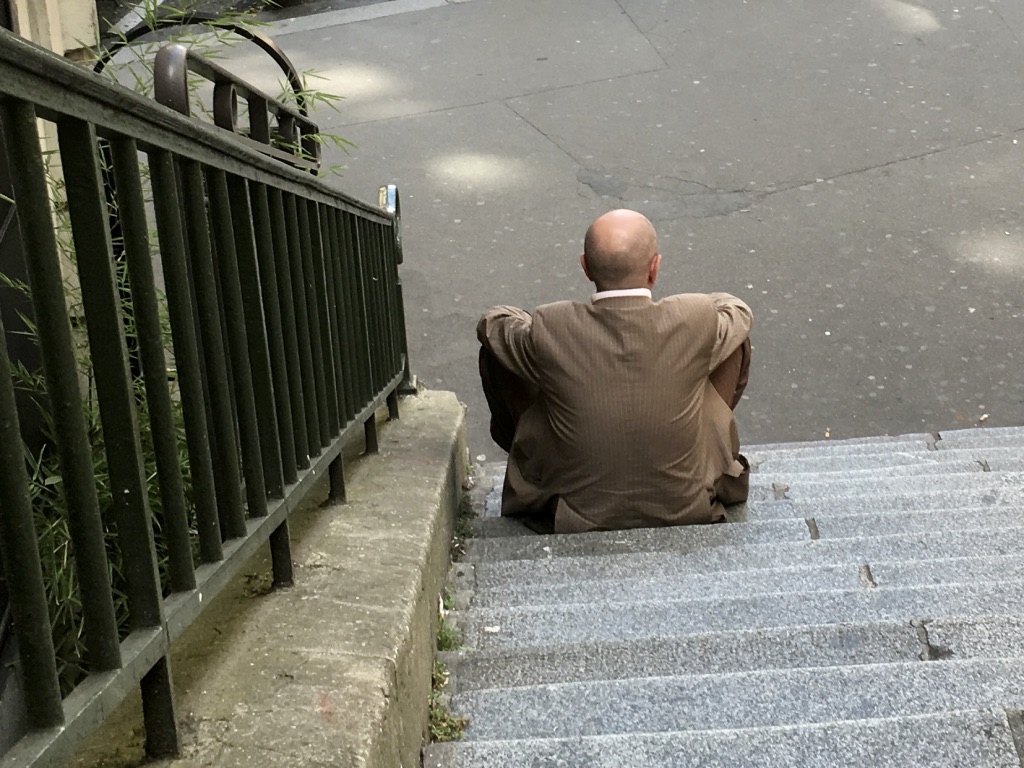 Observing through active listening is what I do and whether it’s the sounds of a Métro station platform or the sounds of a staircase in the street I’m always captivated by the stories sounds have to tell to the attentive listener.

Although we can see from the photograph what this place looked like in 1925, I can’t help wondering what it sounded like then and what stories those sounds would have told us. 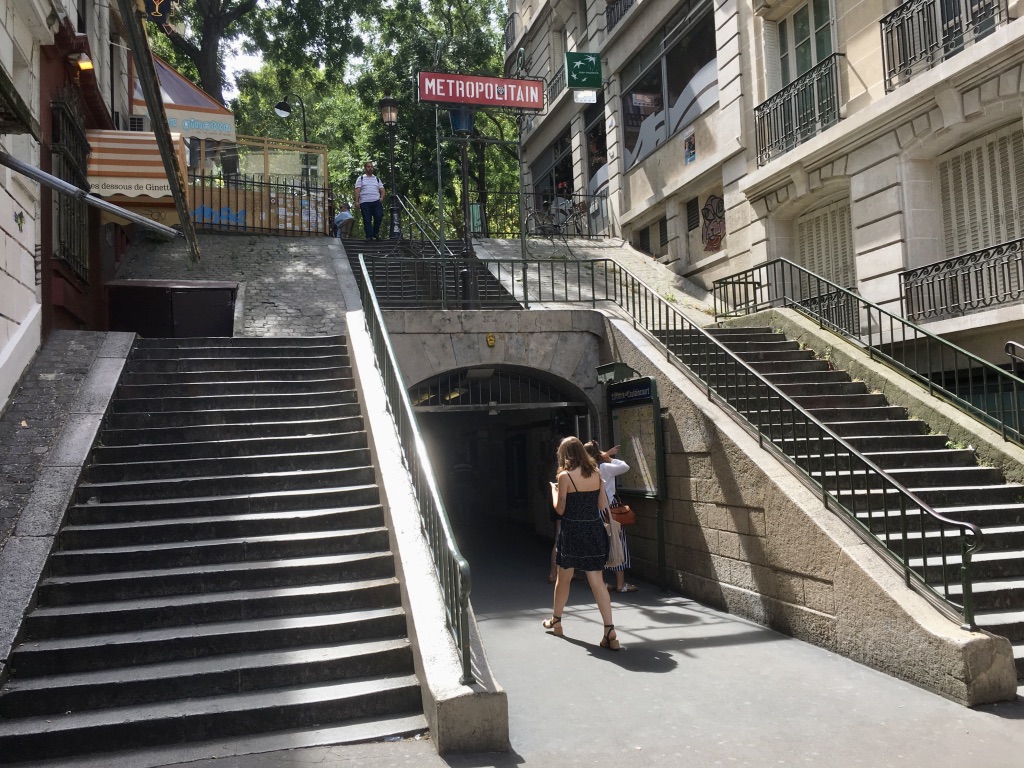