THROUGHOUT JULY I’ve been busy recording typical sounds of the Parisian summer, the Carnaval Tropical de Paris, La Fête National and the climax of the Tour de France, sounds that occur here every year in July.  I also made time to record my contribution to World Listening Day on 18th July.

As we come towards the end of July some Parisians have already left and others are about to leave for their annual summer holidays leaving the heat and suffocating humidity of the city to the tourists along with the bizarre annual shut down of some café’s, restaurants and shops. The big, set piece, events are over for another year and I’m left with a different sound tapestry to record.

Yesterday, I found myself in the rue Saint Séverin, a short street just some 170 metres long in the Latin Quarter.

The rue Saint Séverin dates from the 13th Century and it takes its name from one of Paris’ oldest churches, the Église Saint-Séverin, which lies midway along the street. For most of the year, and particularly in the summer, rue Saint Séverin is a fairly boisterous street. It’s lined with restaurants and souvenir shops and it’s a magnet for tourists. 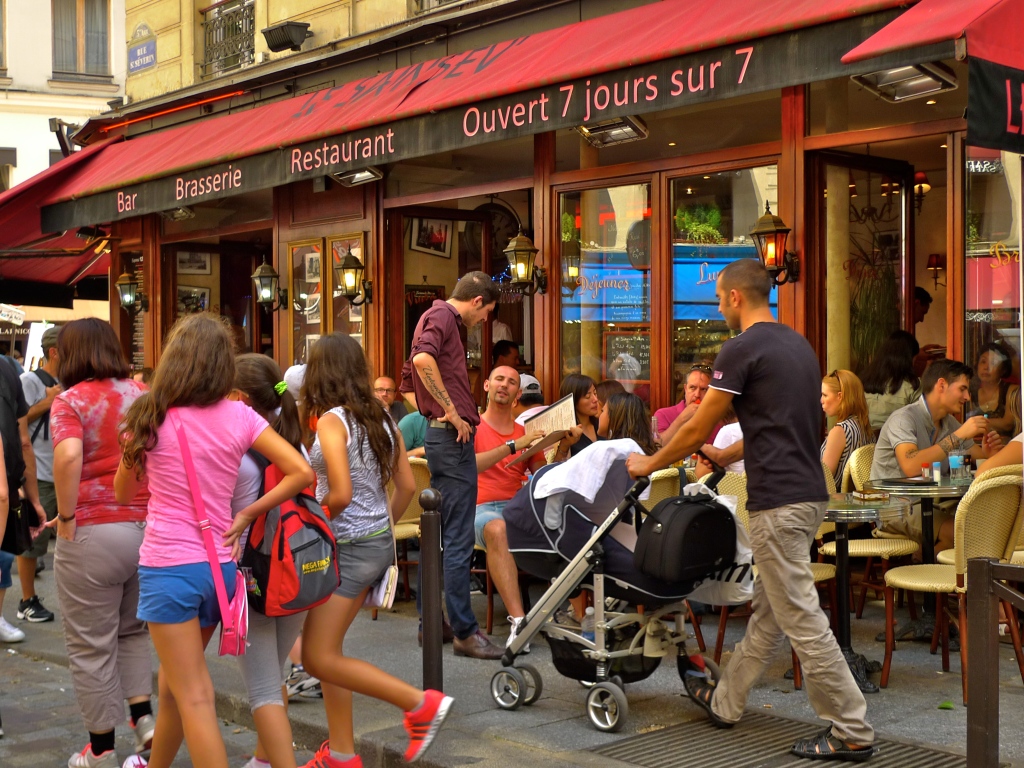 My soundwalk along this street yesterday in the hot and muggy weather revealed a hotchpotch of tourist languages with very few French accents amongst them and a couple of surprises.

I came across the tail end of a performance by a group of African dancers who were familiar to me.  I had come across them a couple of years ago in Montmartre when they were involved in an altercation in the Place du Tertre. You can listen to what happened on that day here. Fortunately, there was no repetition of that yesterday.

My next surprise came as I was approaching the end of the street. The rue Saint Séverin runs parallel to La Seine and, from across the river carried by the leaden air, came the sound of the bells of the Cathédrale Notre Dame de Paris, bells I’m very familiar with and each of which I’ve seen, touched and know by name.

Of course, I could have rushed closer to the river to try to get a ‘better’ recording but I didn’t. Somehow, listening to the distant sound of the bells of a medieval cathedral in a medieval street, albeit awash with modern day tourists, seemed entirely appropriate and it seemed to add an extra dimension to my summer soundwalk.

Here are some more sights of rue Saint Séverin: 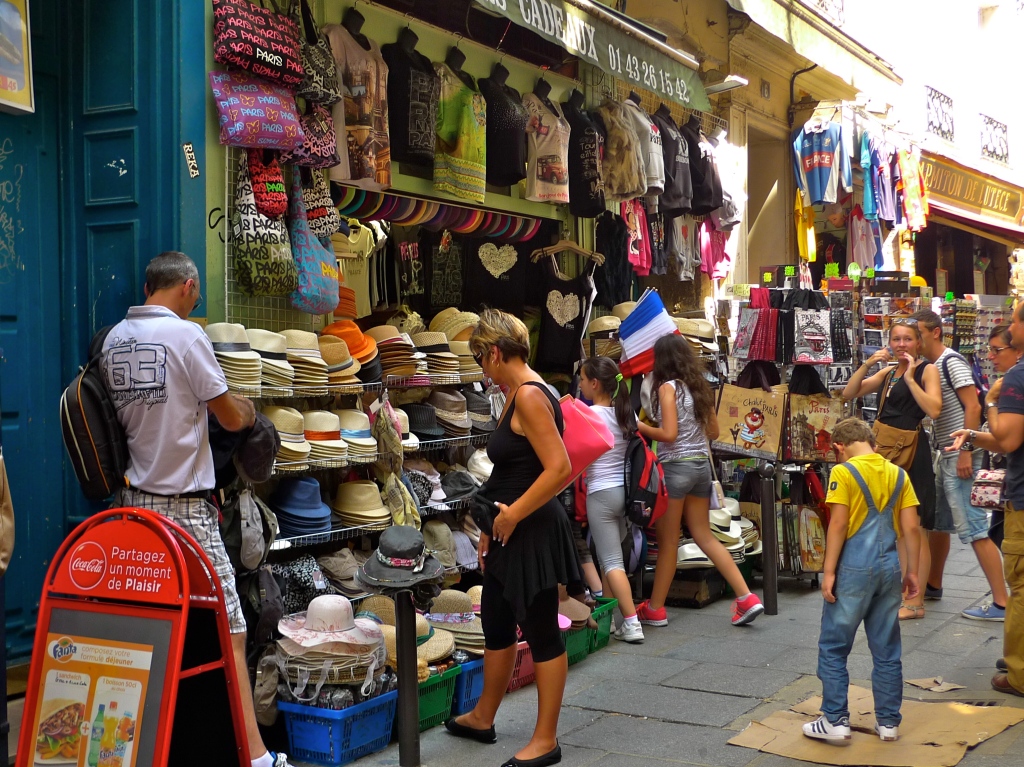 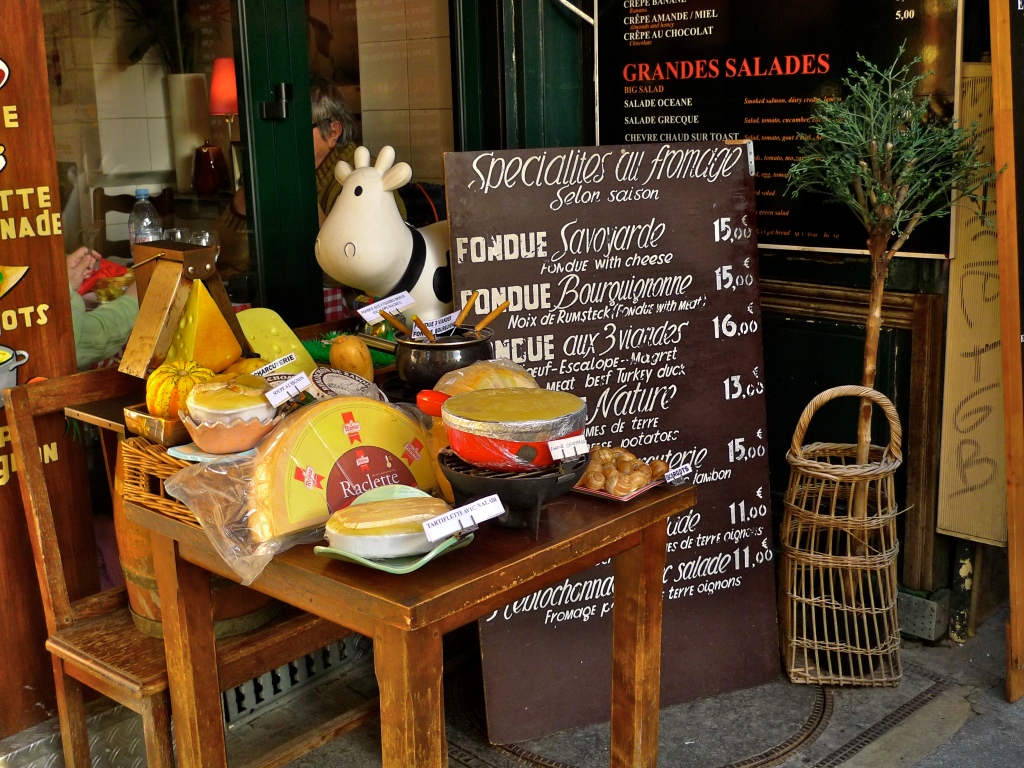