THE FRENCH ARCHITECT, Théodore Charpentier (1797 – 1867) specialised in designing theatres and restaurants. Amongst other things, he rebuilt the Opéra Comique after it was destroyed by fire in 1838, he designed the neo-Renaissance decor of the restaurant, “Trois Frères Provençaux”, in the Palais-Royal and he also built the Café Pierron. In 1842, he turned his attention to the Place de la Madeleine then, as now, an elegant and very expensive part of Paris.  Charpentier was charged by the people who owned the Société du passage Jouffroy with designing and building a Galerie, a passage couvert, between the Place de la Madeleine and the rue Boissy d’Anglais, the Galerie de la Madeleine. Work began on the Galerie in 1840 and it was opened in 1846.

At 53 metres long and 4 metres wide the Galerie de la Madeleine was not the biggest of the nineteenth-century passages couverts but it was in a prime location and to ensure success location was everything. As well as being in a very fashionable part of Paris, the adjoining rue Boissy d’Anglais was a terminus for the early nineteenth-century stagecoaches providing a regular supply of eager customers with money to spend. There was also a very popular restaurant next door, Lucas-Carton, an English style tavern famed for its cuts of cold meat and puddings, which attracted visitors to the Galerie. This restaurant is sill there. Now named Senderens – Lucas-Carton, it’s noted for its Novelle Cuisine and no doubt still attracts customers to the Galerie de la Madeleine.

The demise of the stagecoaches signalled the decline of the passages couverts and although some of them disappeared altogether, others struggled on and survived and, like the Galerie de la Madeleine, have been preserved retaining some of their former elegance. But today, although now listed as a national monument, the Galerie de la Madeleine faces a further threat. Over the years, property prices have exploded and some of today’s small businesses and artisans have been forced to leave.

One business in the Galerie that has survived and continues to flourish is Chez Benjamin, a tailor’s shop.

The window display with an antique flat iron and pictures and engravings of fashion from the last century sets the tone of this “old fashioned” tailor’s shop. 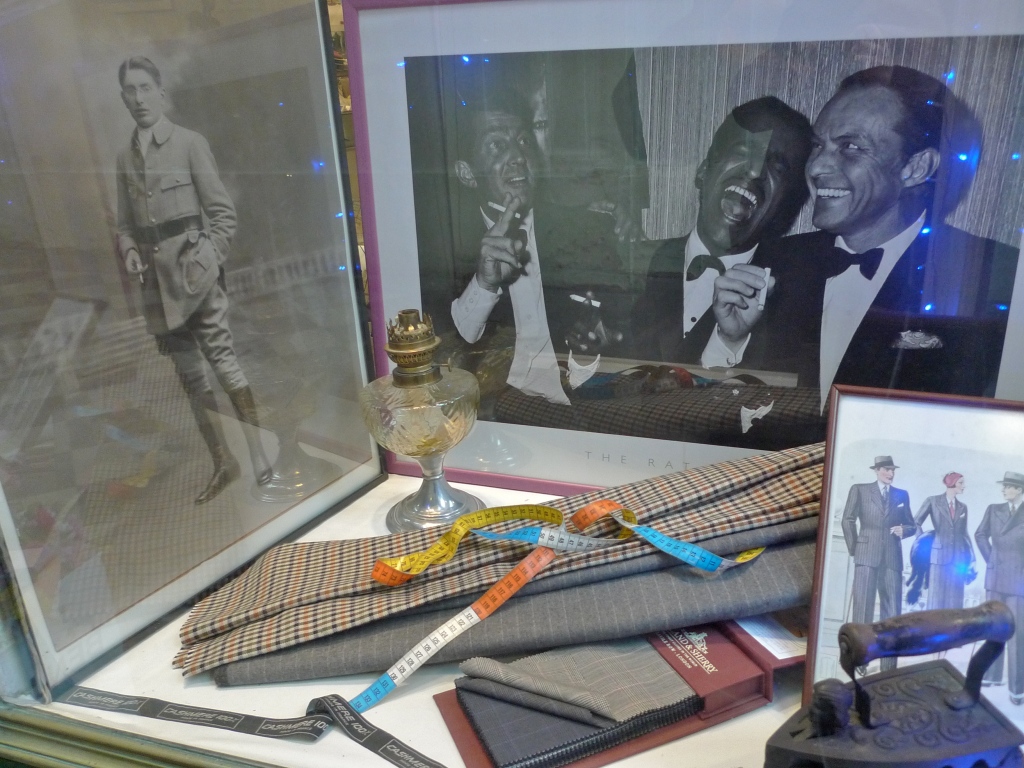 Catering for both men and women’s tailoring needs, Monsieur Benjamin and his wife run this wonderful shop with impeccable service and style. 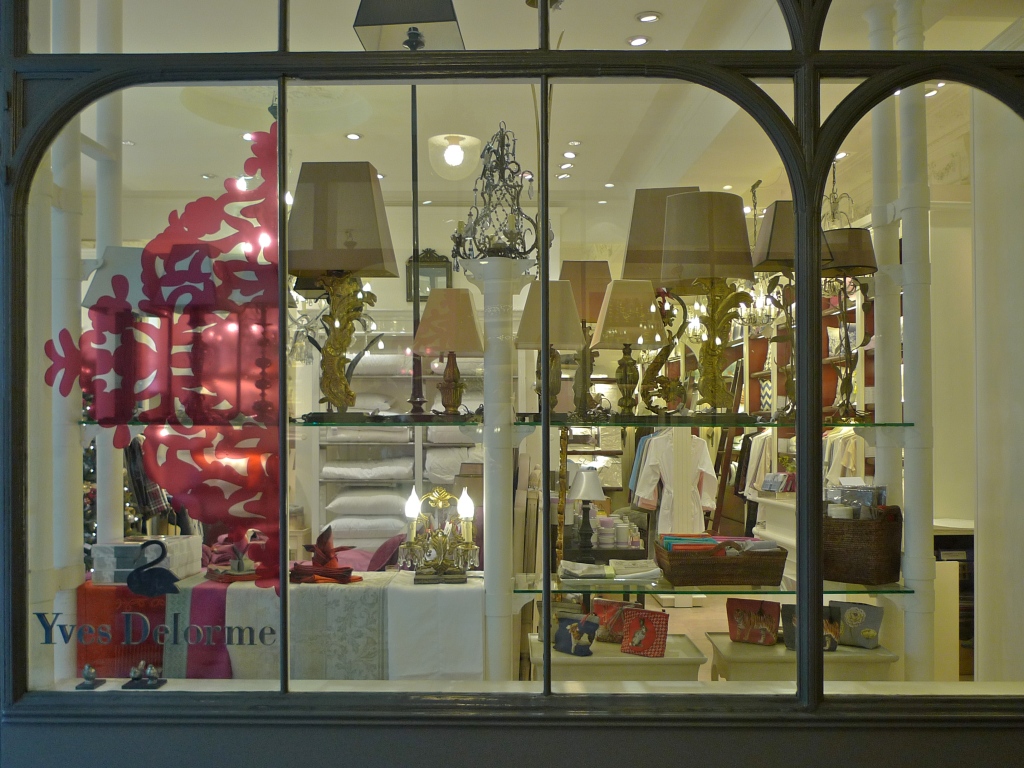