THE PASSAGE DU GRAND-CERF is far more elegant than its modern day surroundings. Entering from the less than elegant and, in parts, rather seedy Rue Saint-Denis I was transported back into early nineteenth-century Paris.

The month of August, in the depths of the Paris holiday season, is not perhaps the best time to visit this passage since most of the boutiques are shut.  I’ve lived in Paris for a long time but I’m still amazed by the seemingly casual way in which the commerçants deal with the summer holidays.  The notice in the shop window below simply says that they are shutting for the summer holidays and they will let us know when they will reopen!

At least Carine in the shop next door approached things in a slightly more formal manner. 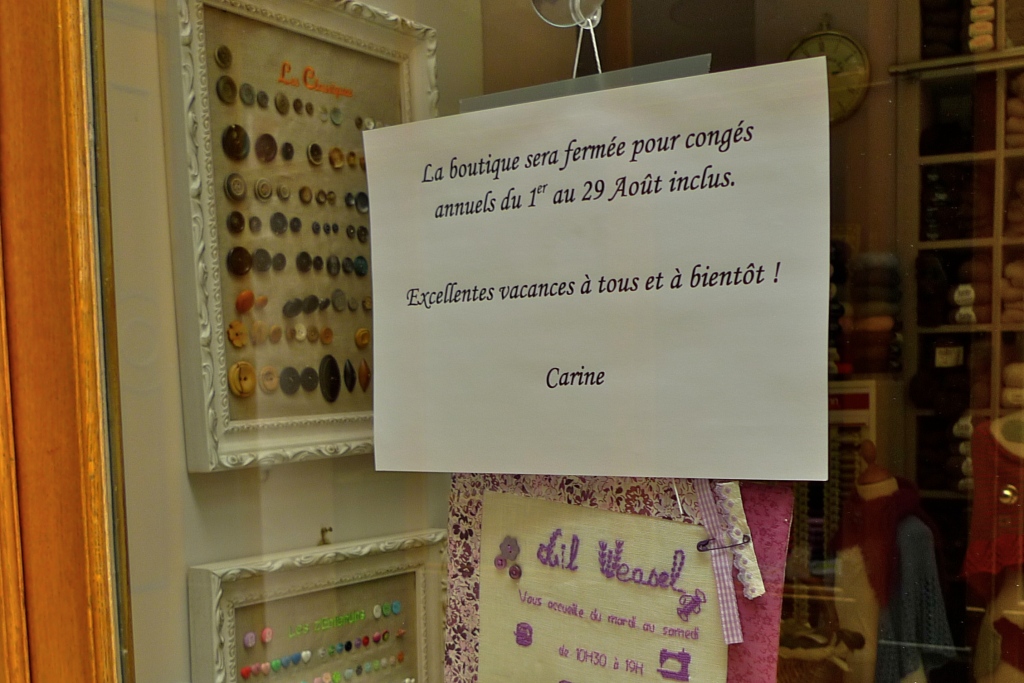 The records are unclear as to the precise date when the Passage du Grand-Cerf opened but sometime in 1834 is the generally accepted date.  It takes it’s name from the roulage du Grand-Cerf, the terminus of the former mail coaches. 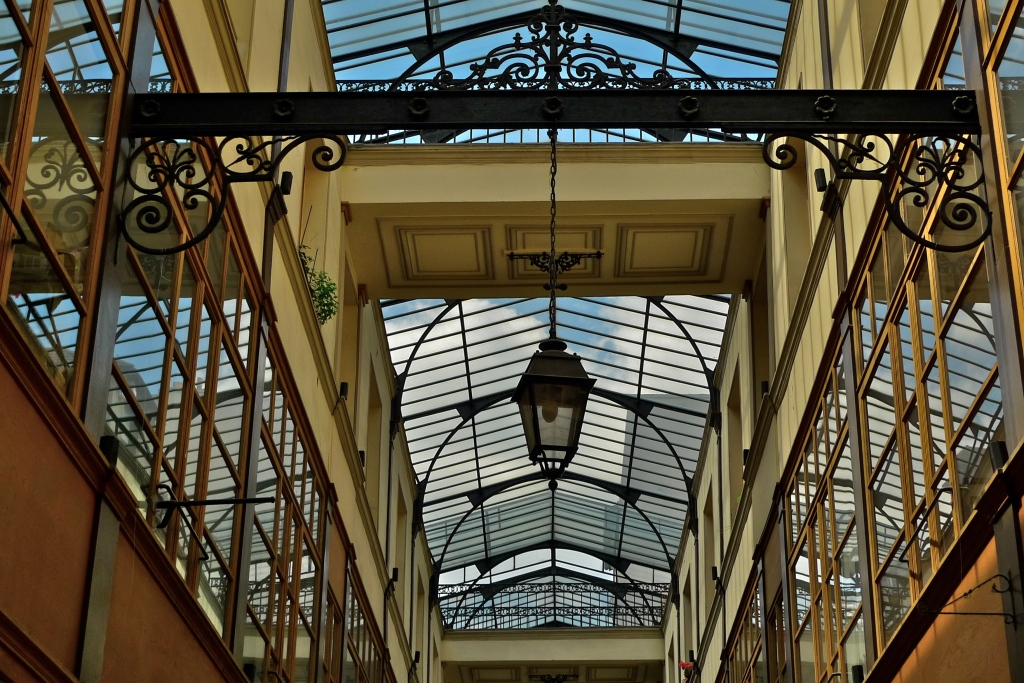 Sounds inside the Passage du Grand-Cerf:

Entering the Passage du Grand-Cerf, the striking characteristics are it’s height and the flood of light coming in from the verrière filant, literally, the free-flowing glass roof. It comprises two floors with glazed facades and then a third, attic floor, which contains living accommodation. At just over one hundred metres long and almost twelve metres high this passage is the largest of the passage couverts in Paris.

On the day I went perhaps the most intriguing boutique in the passage was open.  This boutique, full of bric-a-brac with genuine antiques thrown in, is the sort of place one could spend all day in and still not see everything. 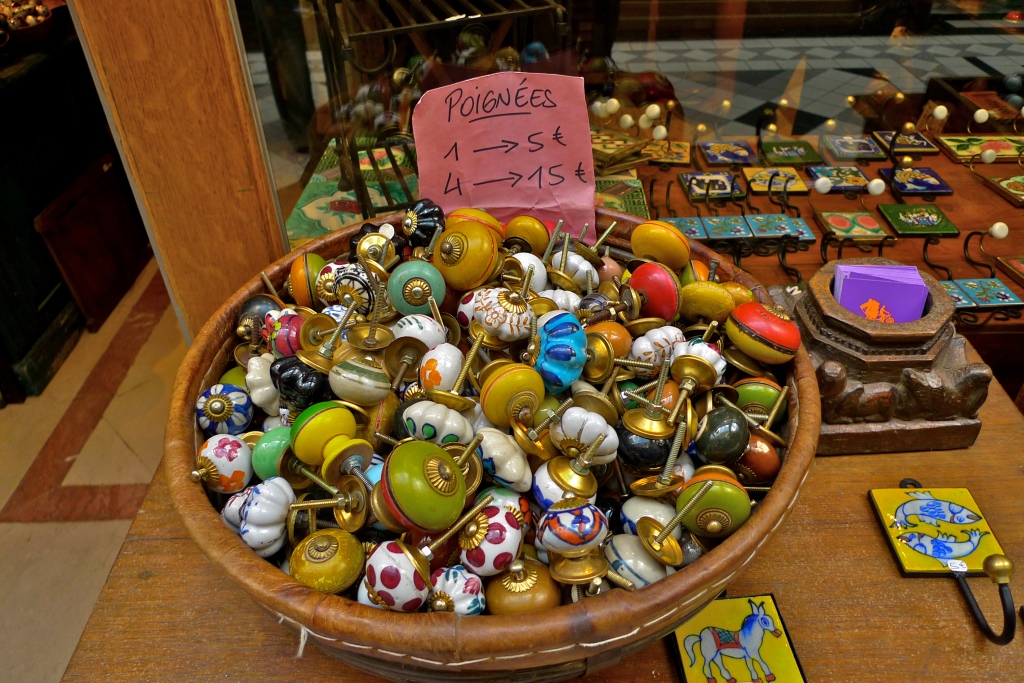 From the late nineteenth-century, the passage du Grand-Cerf began a long and painful decline and for many years it was in a state of complete neglect.  However, in 1990 its rehabilitation began and a complete restoration has returned it to its former glory. It’s easily missed but once found, it’s an absolute delight.

I have set myself the challenge of recording the sounds in all the surviving Passages Couverts in Paris. This is the third in the series.

You can find more about the Passage Jouffroy here:

And more about the Passage Brady here.