IN MARCH THIS YEAR I published a blog piece about the Jardin des Serres d’Auteuil, the botanical garden set within a large greenhouse complex at the southern edge of the Bois de Boulogne. 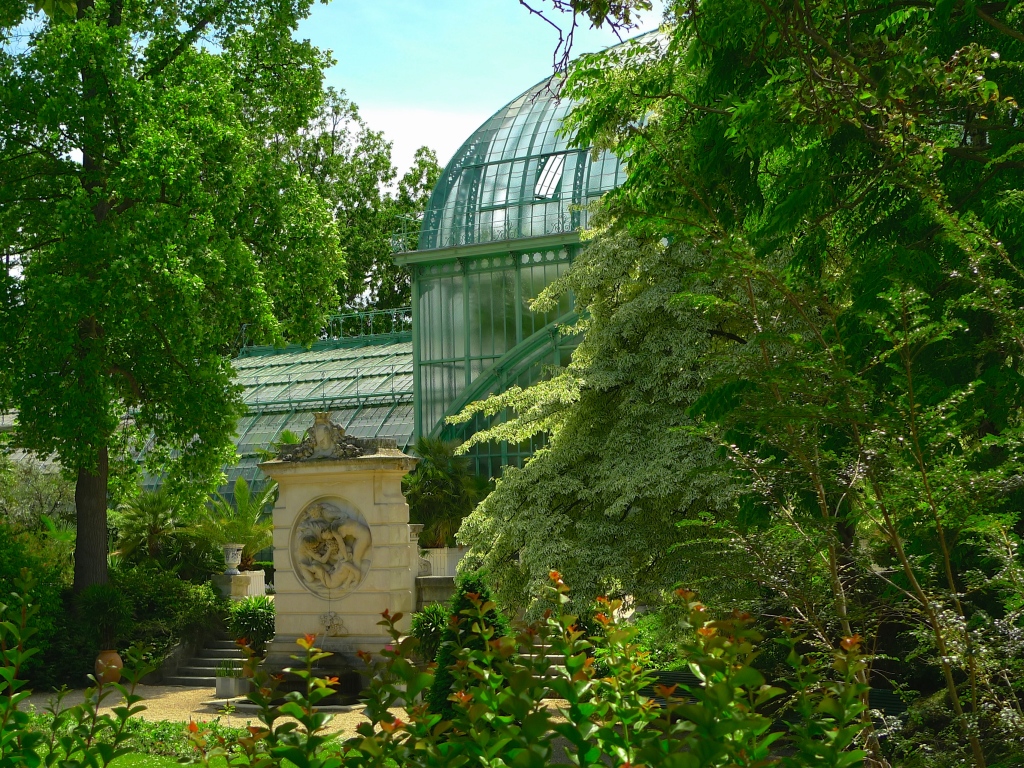 In that piece I recounted how these gardens, first established in 1761 under Louis XV, are under threat because of plans by the Fédération Française de Tennis to extend the neighbouring Roland Garros international tennis complex into the south east corner of the gardens. This extension, if it goes ahead, will include the demolition of the nineteenth-century Jean-Camille Formigé greenhouses to make way for a new, semi-sunken, tennis court with seating capacity for 5,000 spectators. 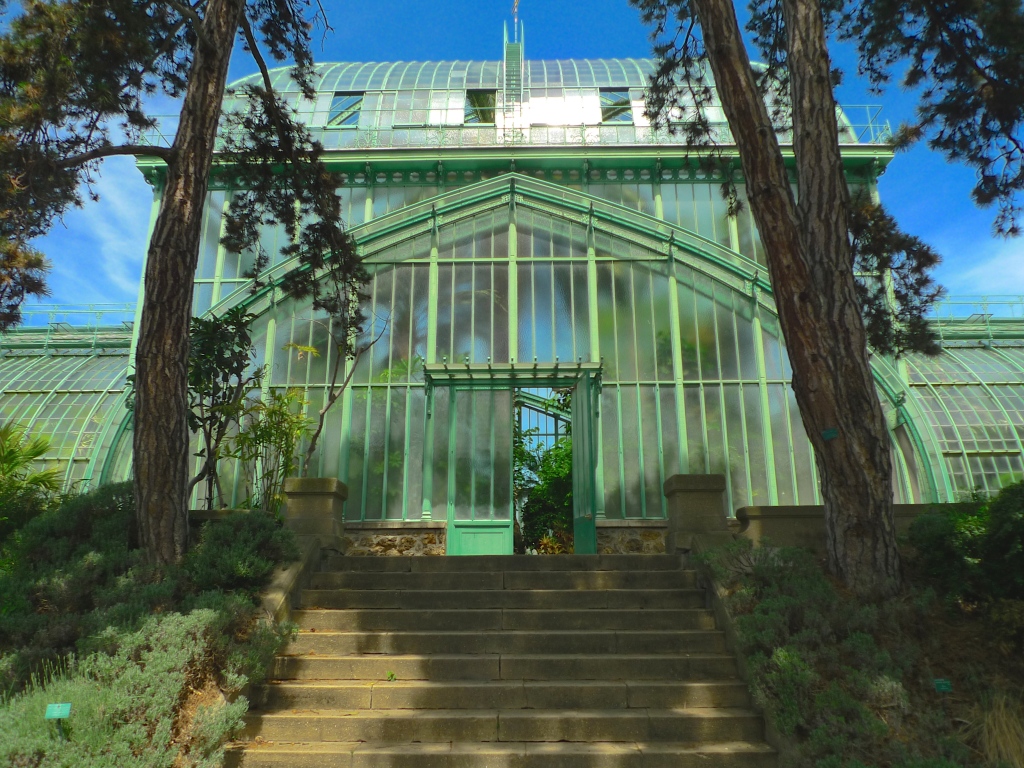 At the time of writing my last piece about the gardens the Paris City Council had just unanimously adopted a resolution that a further study into an alternative plan proposed by local residents associations and supporters of the Jardin des Serres d’Auteuil should be conducted by an independent organisation so that the Paris City Council could debate and then vote on it.

But now, things have moved on again.

Last Wednesday, despite the unanimous resolution of the Paris City Council, the French Prime Minister, Manual Valls, issued a statement instructing Ségolène Royal, the French Minister for Ecology, Sustainable Development and Energy, to sign the Permis de Construire, the building permit required before work on the Roland Garros extension can proceed. So far, Ségolène Royal has not done so. 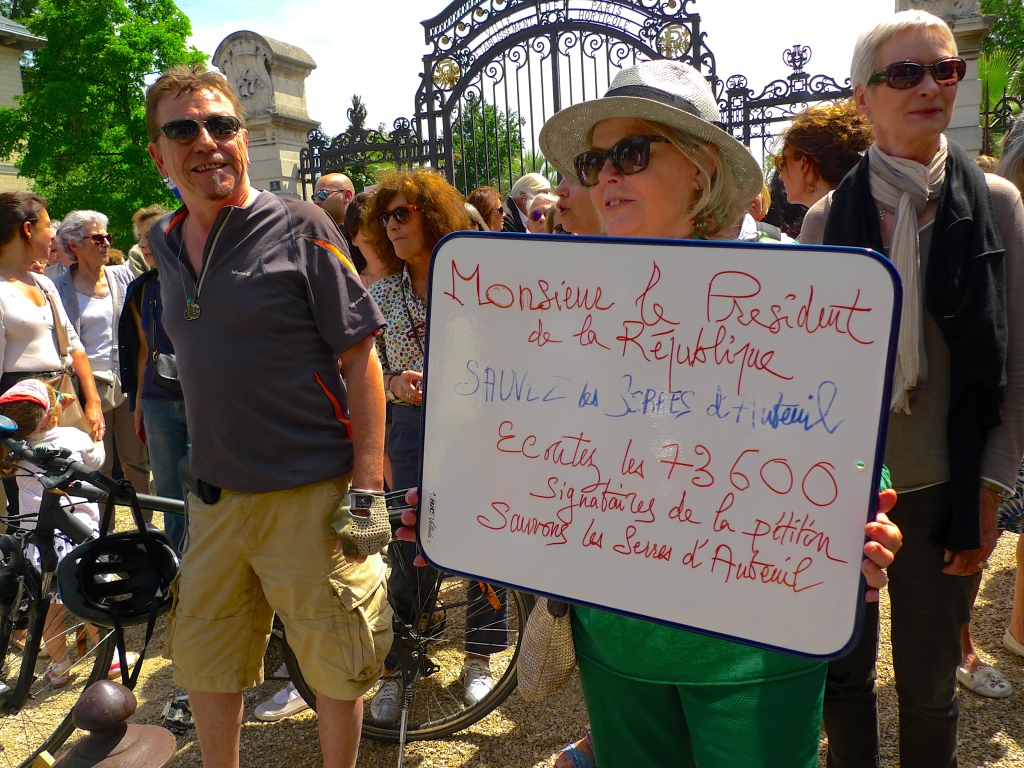 On Sunday afternoon, as Stanislas Wawrinka and Novak Djokovic were locking horns on the Philippe Chatrier court in the Men’s Final of the French Open Tennis Championship at Roland Garros, friends and supporters of the Jardin des Serres d’Auteuil were making their voices heard at the entrance to the gardens on the avenue de la porte d’Auteuil. 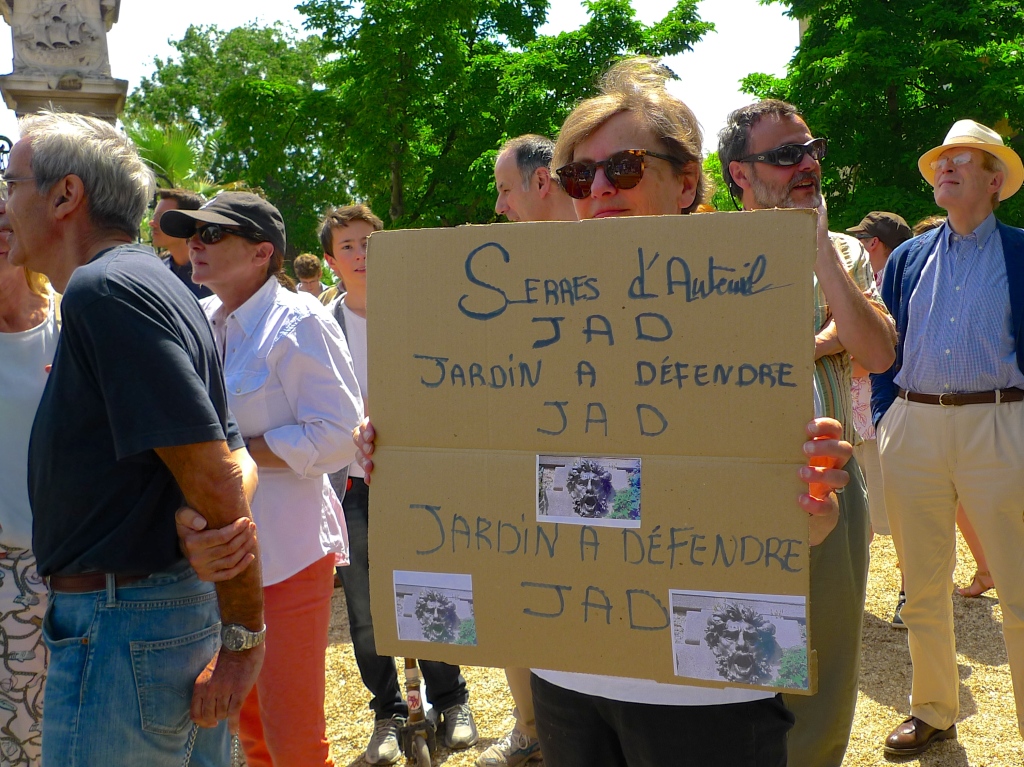 I went along to offer my support and I was able to speak to Madame Lise Bloch-Morhange, Speaker of the Comité de Soutien des Serres d’Auteuil, the lead opposition group to the proposed extension. This is what she told me: 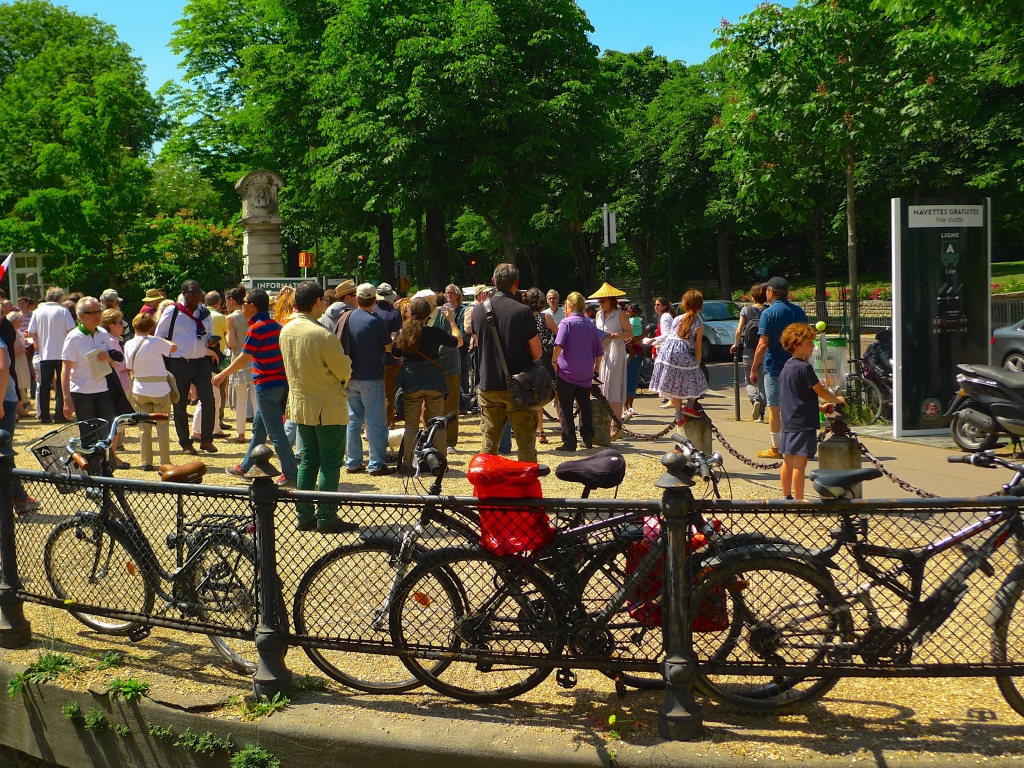 The recently opened Fondation Louis Vuitton, the privately financed modern art gallery designed by Frank Gehry, has, with government acquiescence, encroached on to what was supposed to be an environmentally protected part of the northern Bois de Boulogne. The government claims to have conceded to the choice of site because of the prestige the gallery brings to the city.

In the southern Bois de Boulogne the Fédération Française de Tennis claims that retaining the prestigious French Open Tennis Championship at Roland Garros depends upon extending their facilities and that the only credible plan is to extend into the Jardin des Serres. In addition, France intends to bid for the 2024 Olympic Games and it is claimed that, as part of that bid, an extended Roland Garros is essential.

Undoubtedly, a Frank Gehry designed modern art gallery, the French Open Tennis Championships and the Olympic Games are smothered in prestige, probably adding millions if not billions to the economy. But one is surely entitled to ask, at what cost?

Imagine a desecrated Jardin des Serres with a semi-sunken tennis court with seating capacity for 5,000 spectators standing empty and completely unused for fifty weeks of the year. The cost of that would not be measured in millions or billions of Euro’s but in a more intangible and equally important currency, what the French call patrimoine, our heritage, the value of which lies in our hearts not in our pockets.

My thanks to Lise Bloch-Morhange for taking time out of her very busy afternoon to stop and record these comments.