VICTORIA FENNER LIVES and works in Canada. With a background in radio and television broadcasting for the Canadian Broadcasting Corporation and in community based media, Victoria is now an independent radio producer, sound artist and successful businesswoman. 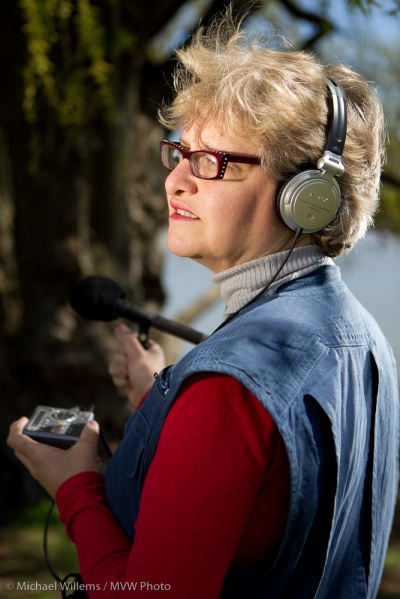 Victoria runs a production company producing journalistic and feature material for radio, Internet, podcasts and video. Much of her work on the themes of social justice, the environment, poverty reduction and global women’s rights has been syndicated nationally and internationally. She also runs ‘Sound Out Communications’, a media production, training and distribution company, working with video, audio and still images. Victoria has a special interest in community radio and in the exploration of the artistic possibilities of radio.

Apart from her very successful broadcasting and business career, Victoria is also one of Canada’s leading sound artists. She travels extensively collecting sounds, which she uses to compile wonderful works of sound art. In this increasingly important part of her work she sets out to listen to the world and to hear it in new ways expressed in rhythms, words, textures and harmonies. 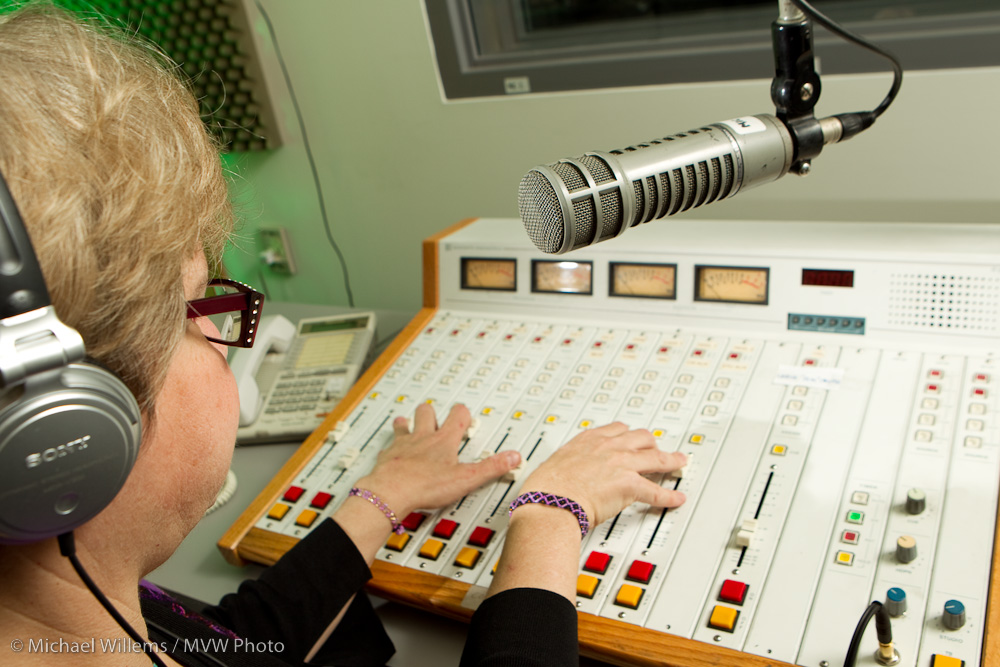 When I first discovered Victoria’s work I was captivated by it and I knew that I had to find out more about the person behind these fascinating sounds. I approached Victoria and she readily agreed to speak to Soundlandscapes’ Blog.

A Conversation with Victoria Fenner:

My conversation with Victoria would not be complete without including some her work. When I suggested this to Victoria she readily agreed to share some of her sounds with us.  The selection is important because it covers the spectrum of her work. These pieces have not been edited to appear here, they are what they are – full-length, original works.

The first piece is called Restoration Sinfonietta, a soundscape made entirely of sounds made by hammers, saws, rachets, power drills and other implements of mass construction.

The next piece, You Can’t Miss It, is an audio map about getting lost in the Appalachian Mountains. Victoria produced this piece when she was living in Kentucky where getting lost seemed to be a full-time occupation

You Can’t Miss It:

This piece, Qui Chante, was my first introduction to Victoria’s work and so it’s a particular favourite of mine. It’s a soundscape based on the Lourdes Grotto, an outdoor  cathedral in the busy borough of Vanier in Ottawa. It explores the theme of quiet, silence and the sacred voice in the  heart of the secular city. We are encouraged to  think about our human voice connecting with the voice of the divine  in a sea of noise created by a secular world.

And this selection of Victoria Fenner’s work wouldn’t be complete without a piece from her vast radio repertoire. In my conversation with Victoria we spoke about documentary poetry and radio as art space. This next piece beautifully encapsulates both of these concepts. After Exile was commissioned by the Deep Wireless Radio Art Festival and one of the Canadian Broadcasting Corporation’s best programmes, “Living Out Loud”.  Steve Wadhams, the award winning CBC Radio producer, co-produced this piece with Victoria. For me, this piece represents the very best of radio – imagery, emotion, involvement and a sense of really being there and sharing the experience. Never have the terms documentary poetry and radio art seemed so appropriate.

In ‘After Exile’ Victoria Fenner was herself and Edward Moll was the ghost of Raymond Knister.

Today, we are blessed with so many sound artists producing individual and original works of sound art. I listen to many of them and enjoy the compositions they produce. Victoria’s work though appeals to me especially because of its simplicity. She takes simple sounds, sometimes words but often the everyday, often ignored, sounds around us and transforms them into poetry … documentary poetry. And please don’t confuse simplicity with being easy to produce. As one who has wrestled endlessly with simple sounds I can attest that simple is often much harder than you think. I really enjoy the way that Victoria makes her documentary poetry seem simple. That is a great gift aspired to by many but enjoyed by few.

I really hope that you’ve enjoyed listening to my conversation with Victoria Fenner. If this has given you as much pleasure to listen to as it’s given me to produce then it will have all been worthwhile. If you’ve enjoyed it please leave a comment. Victoria and I would really like to know what you think.

Victoria has been extraordinarily generous in sharing both her words and her sounds with us so it just remains for me to say a very big thank you! Thanks Victoria … until the next time!