Swing Jazz and a Fluttering Bird 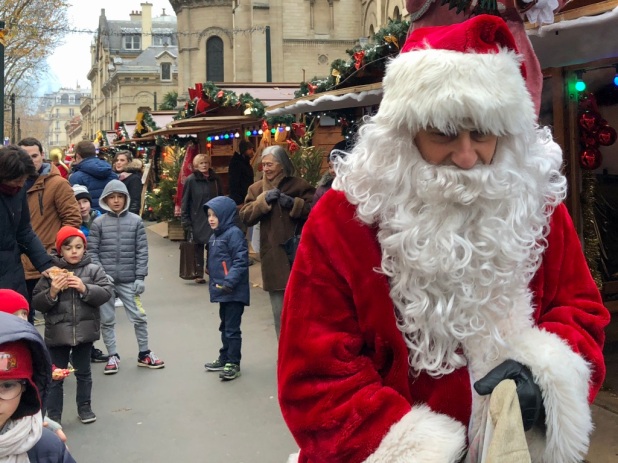 Twenty-eight wooden chalets bedecked with local and regional artisanal products stretch from the parvis of the Hôtel de Ville to the local church. Small it may be but it’s an intimate and friendly local Christmas market.

Amidst its wooden chalets, and the ever-present Père Noël, the market also boasts a variety of street entertainers, always a great attraction to both children and adults alike.

I went along to the market yesterday to look at the stalls but also to record the street entertainers to add to my collection of Parisian Christmas Market sounds. As well as capturing the sounds of the jazz quartet I was also lucky enough to capture Lombardi the clown singing to the children.

Swing jazz and a fluttering bird:

The song is about a little bird that takes flight and flutters its way to an orange tree (referring to a bird, À la volette means to flutter, or to flap). The bird lands on a branch in the orange tree, which breaks and the bird falls to the ground breaking its wing and injuring its foot. When asked if he can look after himself the bird says that he just wants to heal himself and flutter back to the orange tree and get married.

There are various versions of the song and yesterday Lombardi gave a slightly truncated version although the story is quite clear.

After the song, Lombardi teases out from the children the name of the instrument he’s playing: a con – cer – ti – na!

And, of course, let’s not forget Le Swing Connection and their afternoon playing swing jazz. 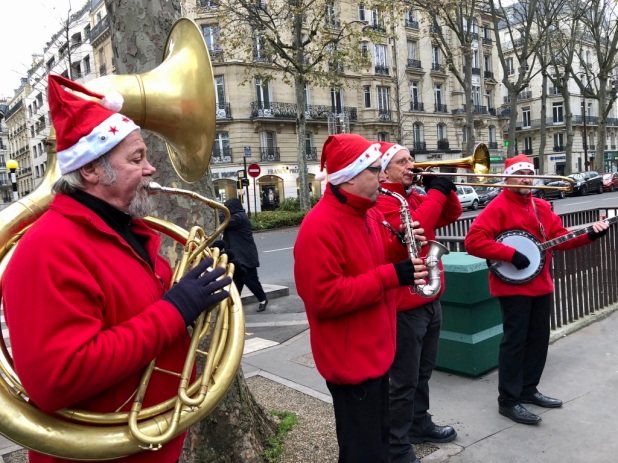