Square des Batignolles and its Sounds

AFTER HIS FAILED ATTEMPT to oust King Louis-Philippe in 1836, Louis-Napoléon Bonaparte, nephew of Napoléon I, spent a period of exile in England. He returned to France in 1848, organised a coup d’état in 1851 and took the throne as Napoléon III on 2nd December 1852.

While in exile in England, Louis-Napoléon developed a taste for English gardens and during his time as Emperor he established several English-style gardens in Paris. His re-designed Bois de Boulogne for example was based on Hyde Park in London.

One of the English-style gardens he ordered to be constructed was the Square des Batignolles in what is now the 17th arrondissement.

The engineer Jean-Charles Alphand, the architect, Gabriel Davioud, and the horticulturist and landscape architect, Jean-Pierre Barillet-Deschamps, were given the task of converting a wasteland into an English-style garden in the quartier Batignolles, a suburb absorbed into the City of Paris in 1860. 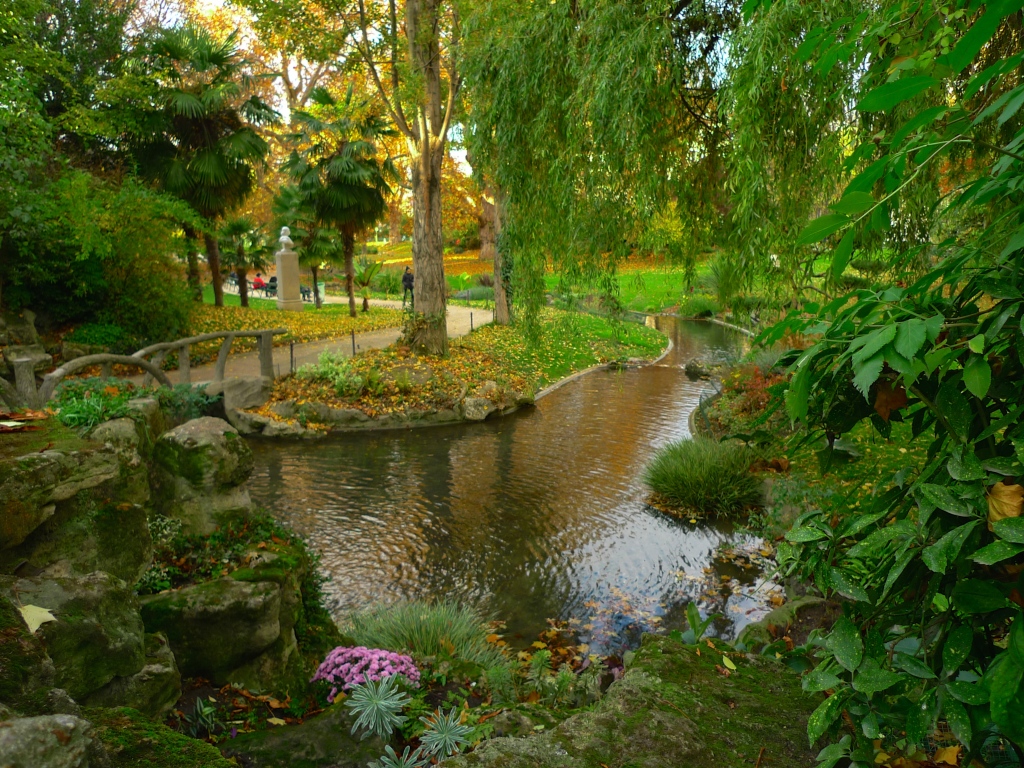 In contrast to earlier formal gardens with their geometrically designed parterres and pathways, severely clipped shrubbery, and the artificiality of their topiary, the English landscape garden gives the impression of working with nature rather than imposing the gardener’s will on nature.

The idea was to create the illusion that the gardens were untouched by human hands. The landscape architect employed his artistry, through the use of various forms of asymmetric balance, to convince the visitor that the apparent wildness and randomness of the terrain was the product of artful Nature, rather than the artifice of Man.

The English landscape garden also relies heavily on symbolism by using objects that are clearly man-made (architectural follies) as focal points for gazing at the overall landscape. These usually take the form of faux ruins, temples, tea-houses, belvederes, gazebos or pavilions.

The gazebo in Square des Batignolles

These follies were supplemented by vast rolling lawns, well-placed copses of trees, quaint stone bridges, pieces of statuary casually installed in the landscape, grottos, strategically located ponds and watercourses, small waterfalls, and artificial cascades. In the English-style gardens in Paris exotic vegetation was also planted, both to amaze the senses but also to display the power and reach of the Second Empire, which was capable of gathering and nurturing living species from all over the world.

The Square des Batignolles incorporates all the key features of the English landscape garden.

Amidst the extensive rolling lawns is a large pond fed by a natural stream, home to large Japanese koi carp and over three hundred ducks of various species. In the middle of the pond stands a statue created by Louis de Monard in 1930 called Vautours (Vultures) and close by is a bust of the poet, Léon Dierx (1838–1912), created by Bony de Lavergne in 1932. Perched on top of a mound looking out over the garden is a gazebo.

The pathways weaving through the garden are shaded by a variety of trees ranging from the 140 year old oriental plane trees to a relatively young giant sequoia. There are hazelnut trees from Asia Minor, Siberian elms, Japanese cherry trees, ash trees, willows, black walnuts, and others.

Undoubtedly, the Square des Batignolles brings an English landscape into this part of Paris … but what of its soundscape? 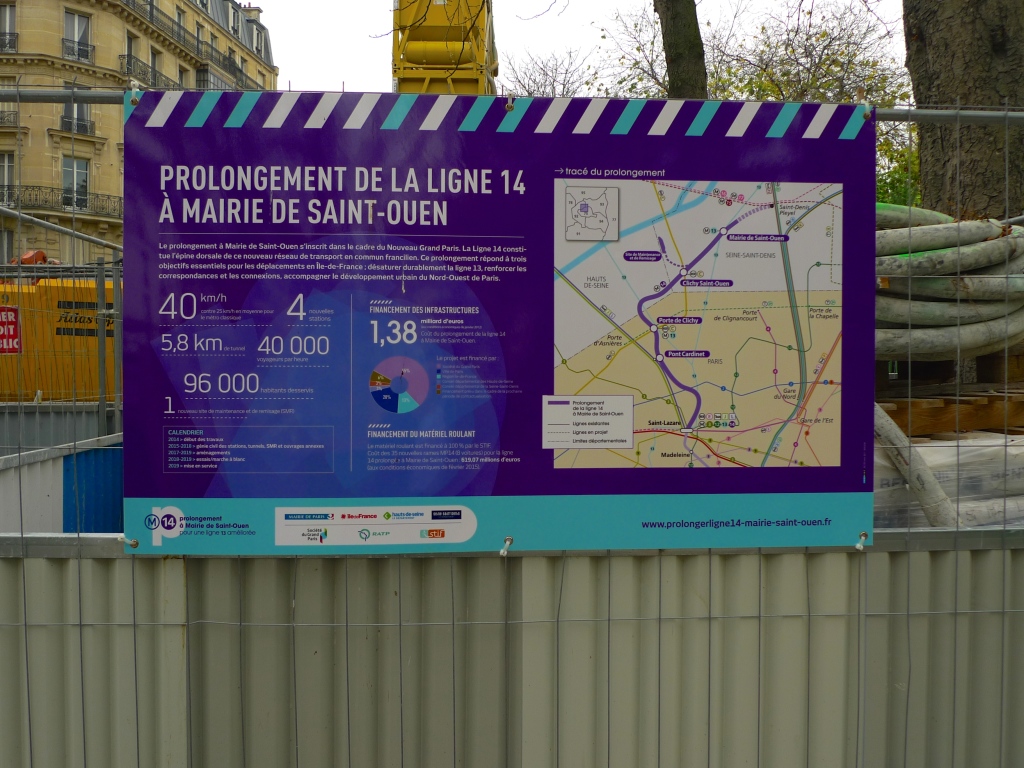 Well, if one sets aside the excruciating cacophony currently pervading the garden from construction of part of the new extension to Métro Line 14 immediately outside the southern entrance, a clue to the soundscape in the Square des Batignolles can be found in the lyrics of ‘Les Batignolles’ written by the French songwriter Yves Duteil:

“So, in the Square des Batignolles

I forded the river to see the pigeons flying.

We were running to catch them …

On the deck, watching the clouds,

We inhaled the crazy smell

That emerged from passing steam locomotives

And, at the heart of the white smoke, 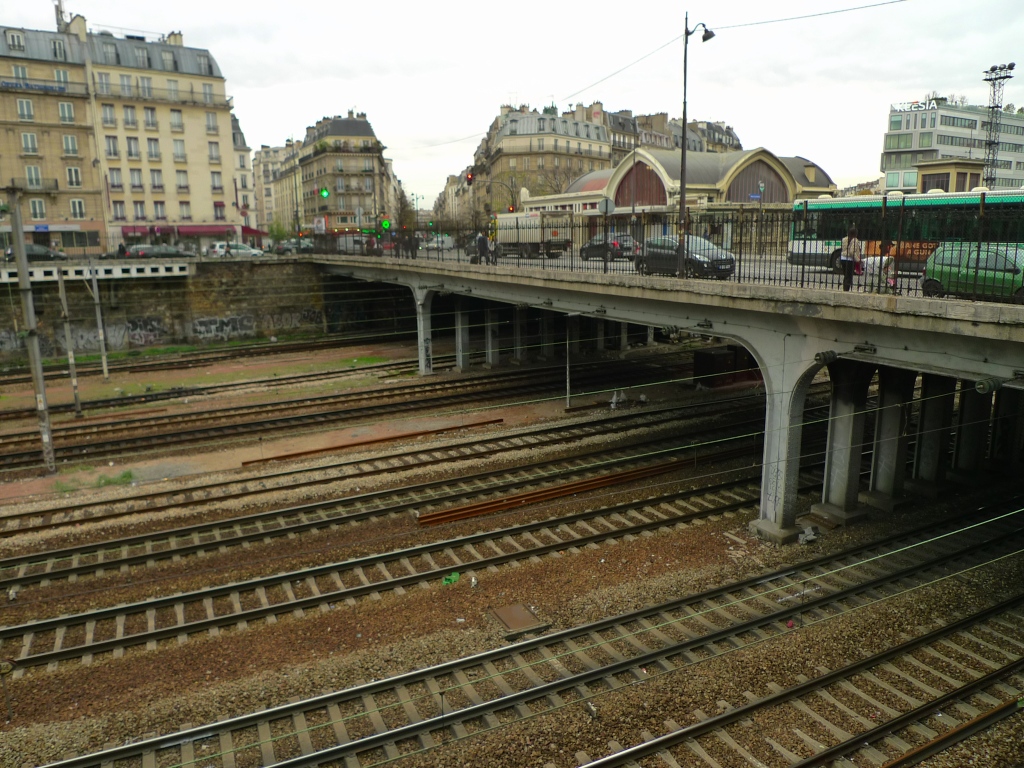 Sounds from the Square des Batignolles:

The locomotives may not run on steam any more and there is no white smoke but trains do still pass hard by the south-western side of the Square des Batignolles.

While the mind-bending sounds of the Métro construction work just outside the garden are temporary, the sounds of the passing trains are a permanent feature of the garden’s soundscape; they’ve been here since before the garden was built. 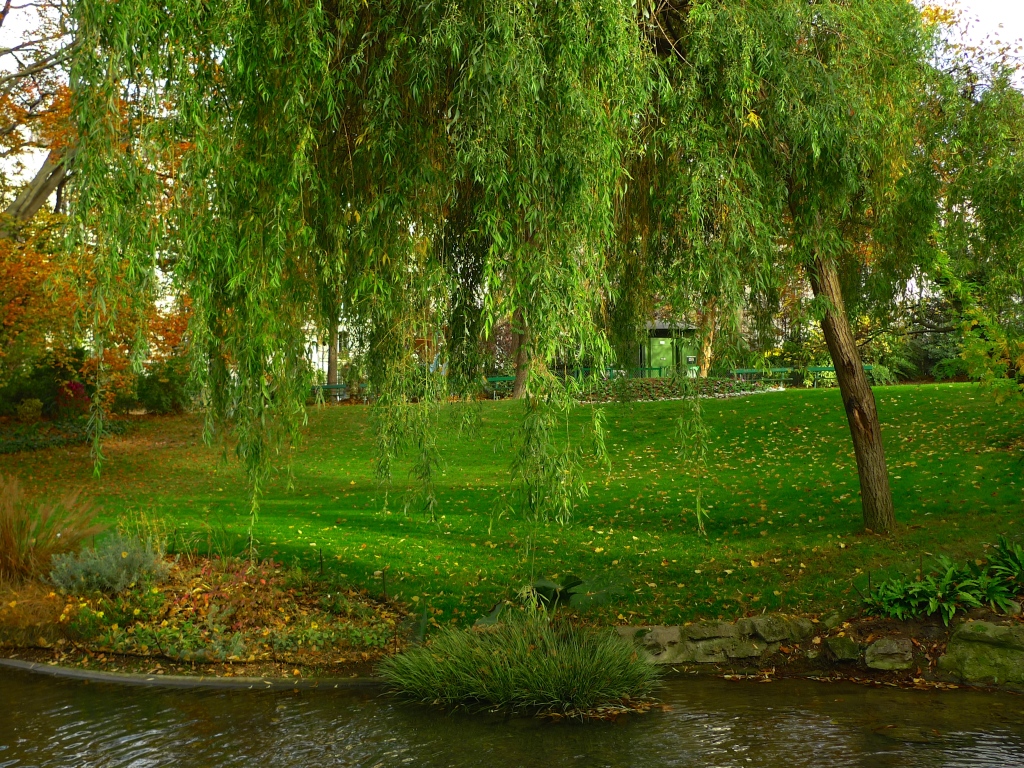