IT’S SUMMER AND AT this time each year la Marche des Fiertés, or the Gay Pride March, hits the streets of Paris.

Around half a million people take part and yesterday, as I stood on the Boulevard Montparnasse at the head of the march, it took over two and a half hours for them all to pass by. 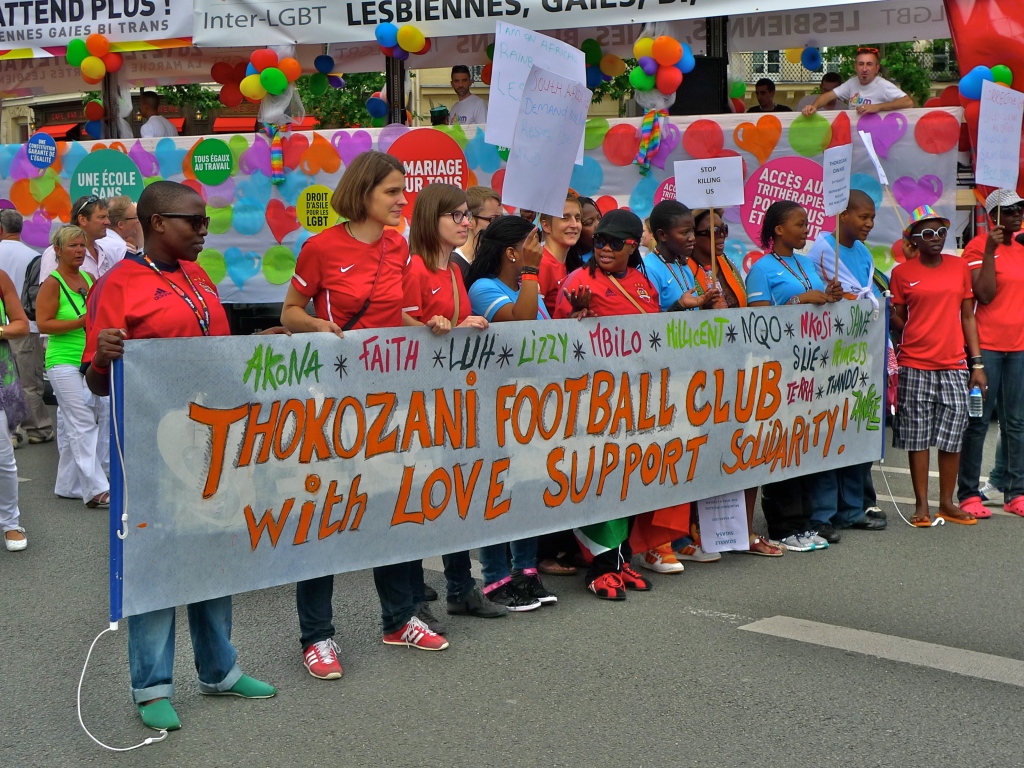 Reporting La Marche des Fiertés is one of those occasions when words seem to become much less important than the sights and sounds which very definitely take centre stage.

Sounds before the start of the march: 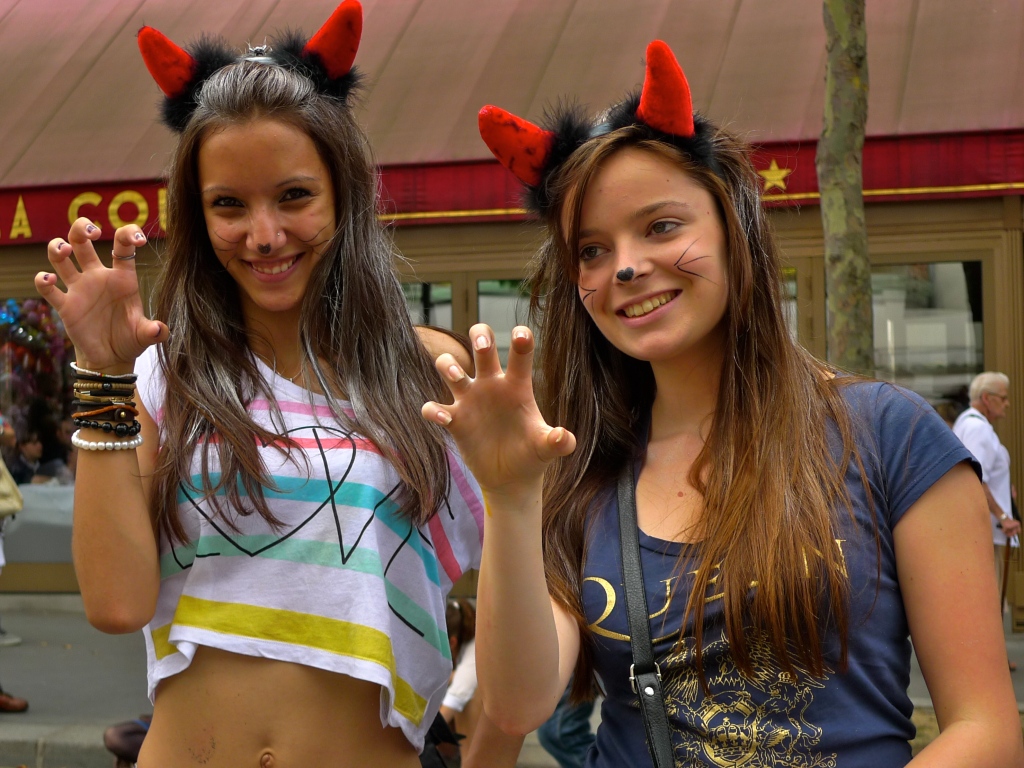 For those who think that recording events like this must be simply a matter of pointing a microphone and hoping for the best then think again. It’s actually much more difficult than that.

Sounds of the March: 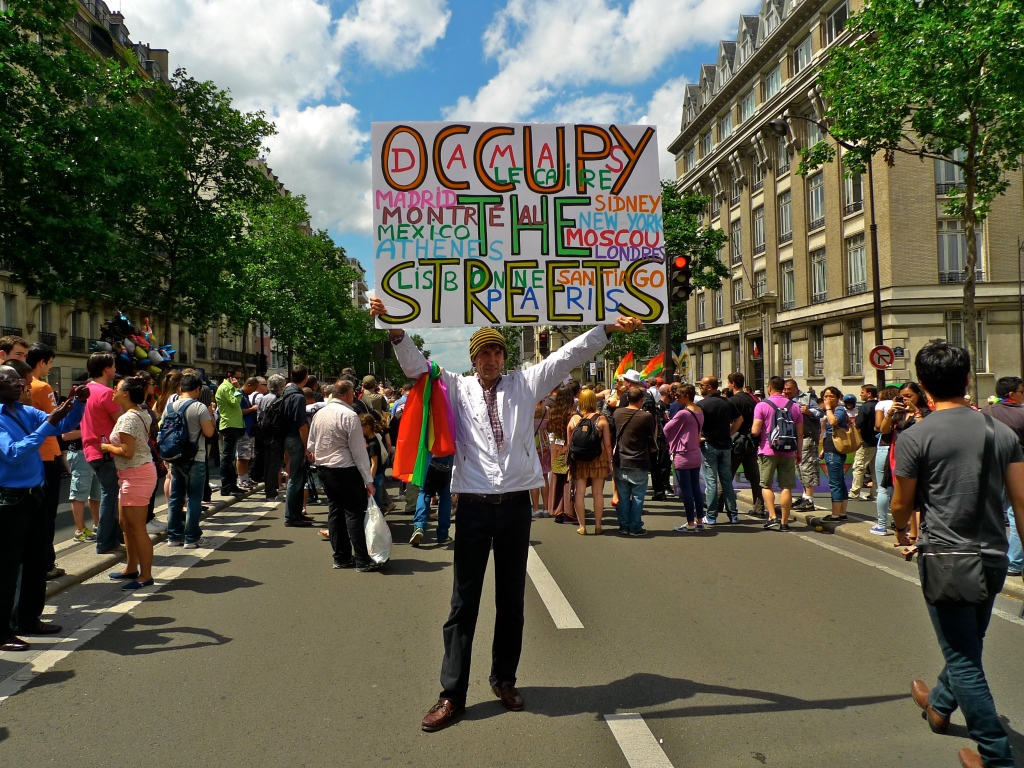 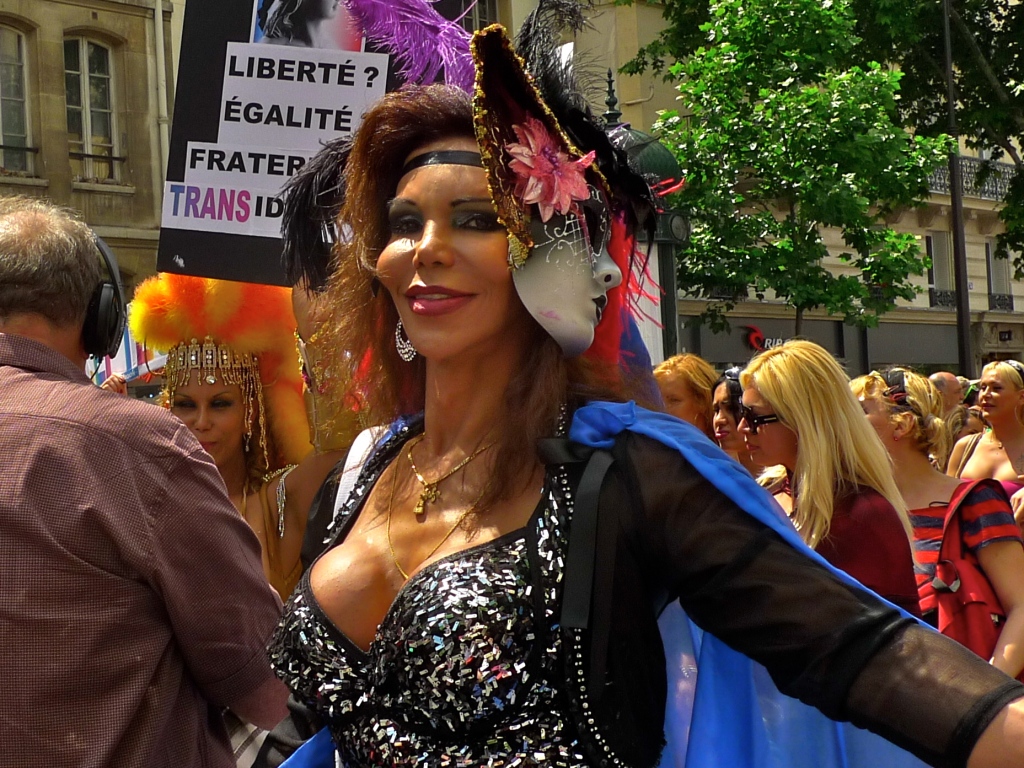 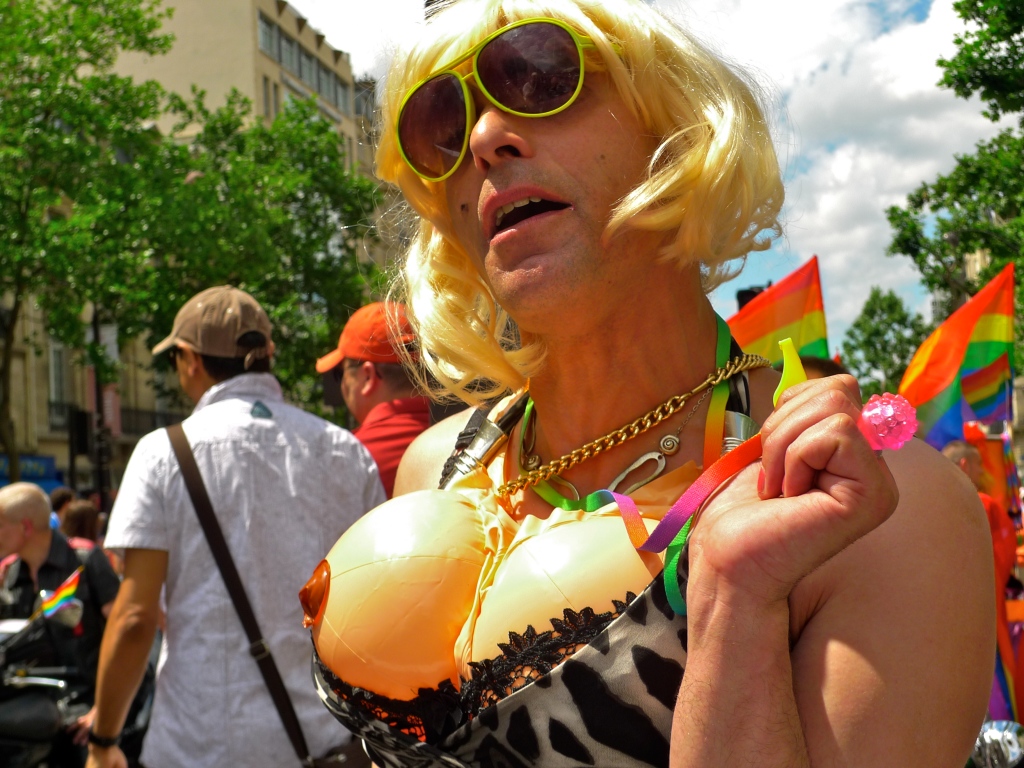 The seemingly endless, obscenely loud, mind-numbing music plays havoc with those of us trying to capture the much more interesting sounds. Even from the depths of the café, La Consigné, where I retreated to try to escape from this sonic onslaught, the unwelcome sounds penetrated unremittingly.

From inside the café La Consigné:

No, I do not like the excessively loud so-called music that is such a feature of this march every year, but that probably says more about me than it does about the march. There is no doubt that La Marche des Fiertés is an astonishingly well-supported event. The atmosphere is terrific and the people are very friendly and good-natured. Yes, it’s noisy but it’s also very colourful and deliciously outrageous. Long may it continue.