Posts from the ‘Gare d’Austerlitz’ Category

Gare d’Austerlitz and its Changing Sounds

Since 2012, work has been underway at Gare de Paris Austerlitz, usually called Gare d’Austerlitz, to construct four new platforms, refurbish the existing tracks and rebuild the station interior. The renovation work will be completed by 2020 thus doubling the capacity of the station to accommodate some of the current TGV Sud-Est and TGV Atlantique services which will be transferred from Gare de Lyon and Gare Montparnasse, both of which are at maximum capacity.

The redevelopment of Gare d’Austerlitz is not confined to the station itself. It will also include developing some 100,000 M² of land between the station and the neighbouring Hôpital Pitié-Salpêtrière to include housing, offices, public facilities and businesses.

Built in 1840 to serve first the Paris-Corbeil then the Paris-Orleans line, the station, known originally as Gare d’Orléans, underwent its first makeover between 1862 and 1867 to a design by the French by architect Pierre-Louis Renaud, much of which is what we see today.

The name, Gare d’Austerlitz was adopted to commemorate Napoléon’s victory at the Battle of Austerlitz in December 1805.

Métro Line 5 arrived at Gare d’Austerlitz in 1906, the station survived the great flood of 1910 and in 1926 it became the first Parisian railway station to stop handling steam trains when electrification arrived.

Although the smallest of the Parisian main line stations, until the late 1980s Gare d’Austerlitz was one of the busiest with services not only to Orléans but also to Bordeaux and Toulouse. However, with the introduction of the TGV Atlantique using Gare Montparnasse, Gare d’Austerlitz lost most of its long-distance southwestern services and the station became a shadow of its former self. About 30 million passengers a year currently use Gare d’Austerlitz, about half as many as use Gare Montparnasse and a third as many as use the Gare du Nord.

The 21st century makeover of Gare d’Austerlitz will see the station upgraded to handle TGV trains, some of its former southwestern services restored and its capacity doubled.

Capturing the sounds of Paris is what I do and capturing changing soundscapes of the city has a special fascination for me. Any renovation of public spaces not only changes the visual aspect of the place but also its soundscape and so I am anxious to follow how the soundscape of the Gare d’Austerlitz will change as the current development unfolds.

Gare d’Austerlitz and its sounds:

It will be interesting to compare these sounds with sounds recorded from the same place in 2020 when the work is completed. 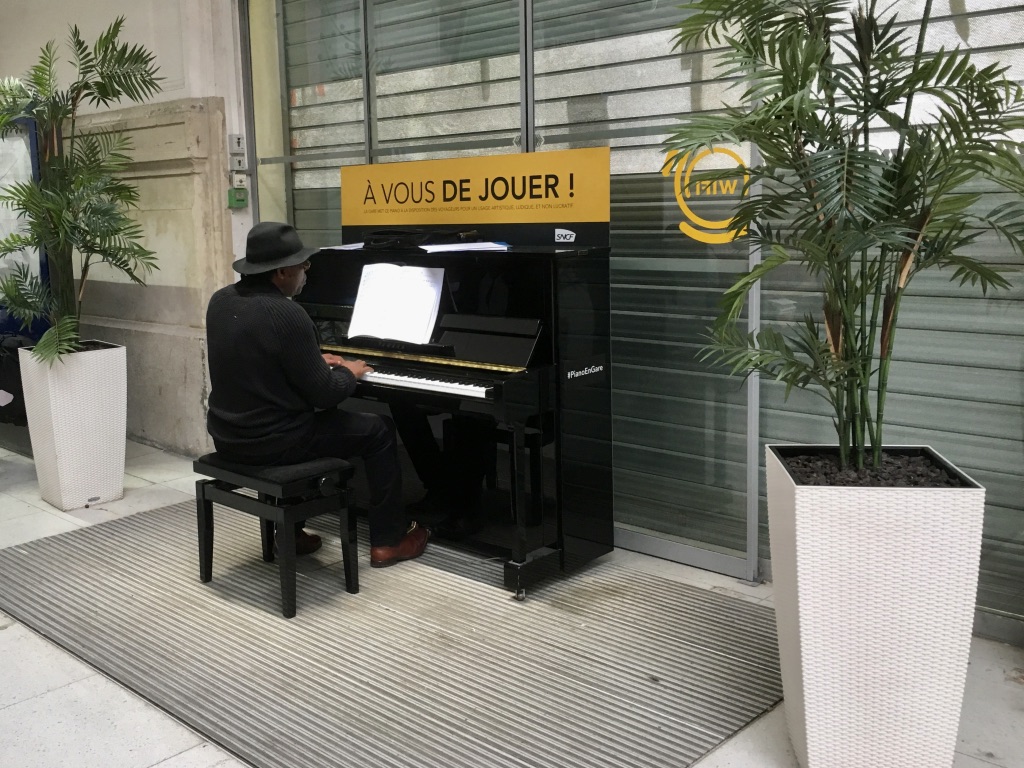 Of course, we don’t have to wait until 2020 to find a changing soundscape around Gare d’Austerlitz. We only have to go up from the main station platforms to the Métro station Gare d’Austerlitz to discover how soundscapes change over time. 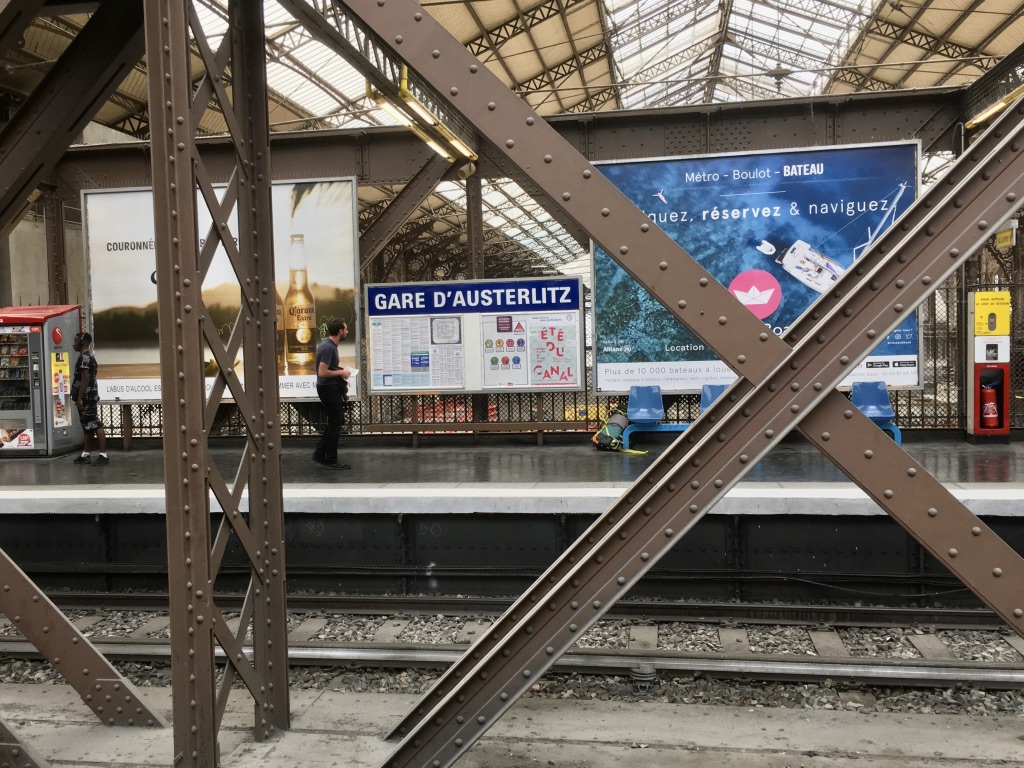 These are sounds I recorded on the Métro station platform in 2011 when the old, bone shaking, MF67 trains were running.

And these are sounds I recorded this year from exactly the same place. The difference is that the old rolling stock has been replaced with the newer, more energy efficient, smoother running, much more comfortable, air-conditioned, MF01 trains.

The old MF67 trains no longer ply Line 5 of the Paris Métro and their iconic sounds have gone forever. I believe that the everyday sounds that surround us are as much a part of our heritage as the magnificent buildings that grace this city and, although change is inevitable and often for the better, the sounds we lose in the process deserve to be preserved.

Just as the sounds on Métro Line 5 have changed so will the sounds in and around Gare d’Austerlitz as its renovation unfolds. And I will be there to capture the changing soundscape for posterity.