RUE DU FAUBOURG DU TEMPLE is an ancient Parisian street dating back to the 12th century although it didn’t get its present name until the early 16th century. It stretches from Place de la République to Boulevard de la Villette and it bisects the 10th and 11th arrondissements.

The street takes its name from the Temple Gate in the Charles V wall that once surrounded Paris. Built between 1356 and 1383, the wall marked the then city limits. The rue du Temple was on one side of the wall within the city limits and the rue du Faubourg du Temple was an extension of the same street but on the other side of the wall outside the city limits. The clue is in the word Faubourg. All Parisian street names containing the word Faubourg means that they were streets leading out of the city into the suburbs. The history of Paris is a history of ever expanding circles with the city limits expanding outwards from the centre. In a major expansion of the city in 1860, a clutch of outlying suburbs were incorporated into the city but the ‘Faubourg’ streets formerly outside but now inside the city retained their names.

The rue du Faubourg du Temple starts at Place de la République and then makes its way uphill to Boulevard de la Villette and the Belleville district, the former hotbed of exuberant nightlife which, thanks to the then generous tax regime outside the city walls, boasted a multitude of taverns and copious amounts of cheap liquor.

The other day, I went to rue du Faubourg du Temple to look at the street and to record a soundwalk. Here are some of the sights and sounds I collected.

Behind the Théâtre le Temple is the site of the former Amphithéâtre Anglais, the first purpose-built circus in France, opened by the Englishman, Philip Astley, in 1782. It was originally a round theatre constructed in wood with two seating levels and lit by 2,000 candles. The theatre was open for four months of the year and featured equestrian performances interspersed with juggling and other acts.

The Palais des Glaces, or Ice Palace, is a theatre founded in 1876 and still going strong.

Opened in 1923, La Java is now a dance club with rock and pop music and live performances by up-and-coming bands. But in its early life some illustrious names performed here including Django Reinhardt, Jean Gabin, Fréhel, Maurice Chevalier and Édith Piaf.

And the street also includes … 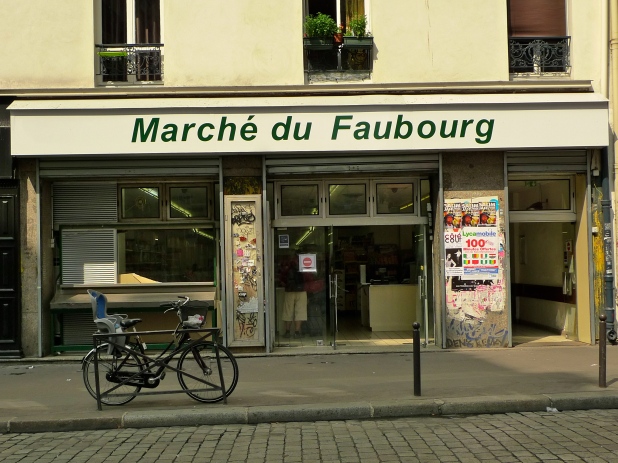 I really enjoy exploring quintessential Parisian streets like this with their history, their sights and, above all, their sounds.